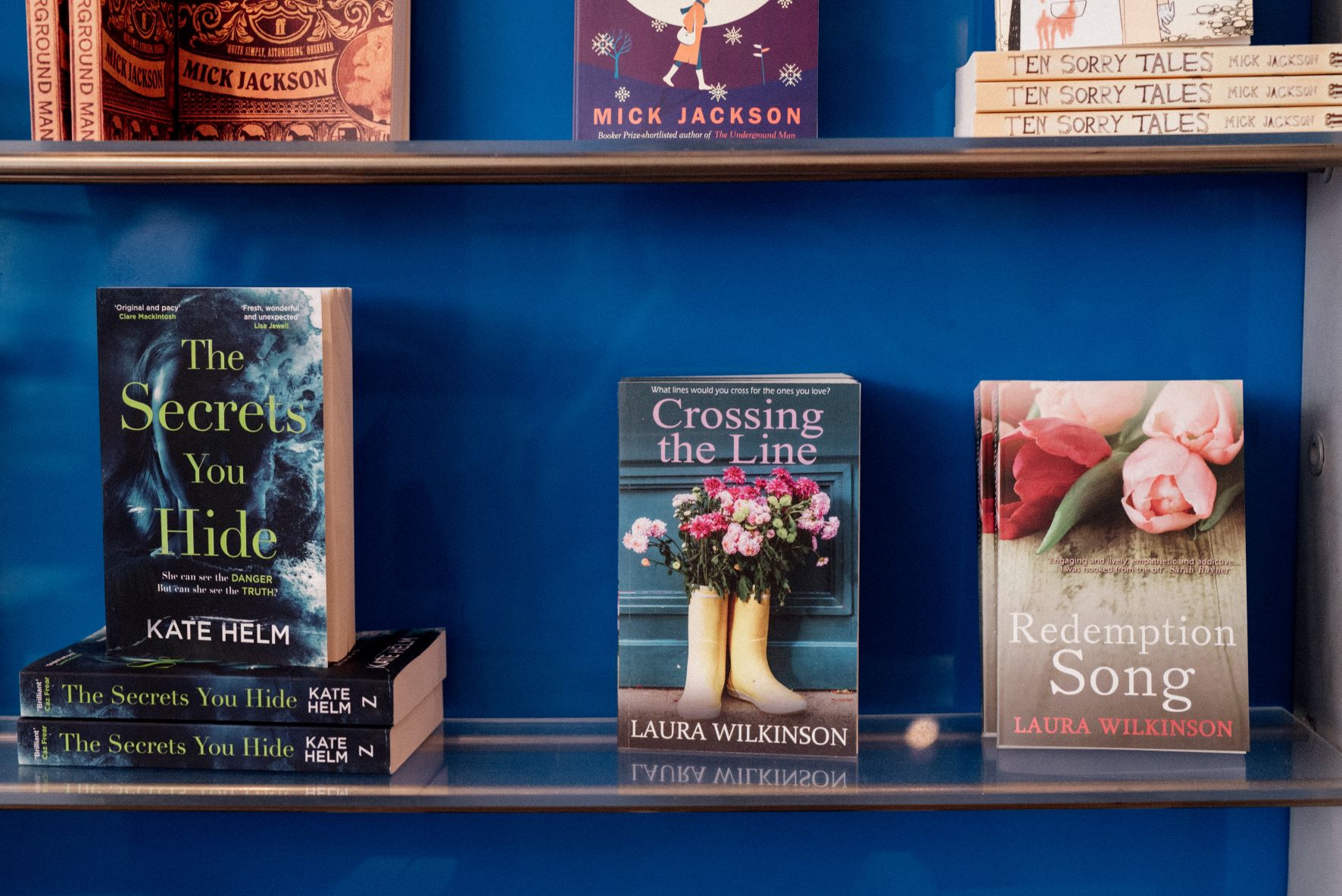 “During the pandemic, it was amazing to watch independent bookshops respond,” William Shaw, author and co-founder of The Book Makers, tells me. “Many of them relied on the networks they’d built up to survive.” While internet shopping inarguably indulges laziness and provides extensive choice, it’s often a soulless exercise. There’s no human interaction or sense of belonging when you click to checkout.

Scores of independent bookshops were nimble enough to adapt to 2020’s challenging trade conditions. While the larger chains proved unable to deal with the enormous demand for deliveries or click & collect, smaller shops were jumping on their bikes and hand-delivering to the local population. Many independent stores are closing down, but the ones who can create a sense of community around themselves can prosper.

This reactive spirit provided the inspiration for Shaw’s The Book Makers. Based on Cranbourne Street, this pop-up shop is a Brighton & Hove City Council pilot project in partnership with Brilliant Brighton BID. A volunteer-run project, it utilises a vacant premises in the city centre to support local artists and arts organisations. “There’s such a strong feeling towards bookshops. But those which have survived have worked really hard to build communities around themselves.” By combining a shop and learning space, the aim is not only to grow literary audiences but give established authors the chance to support writers from diverse backgrounds.

Working in collaboration with Brighton-based arts charity Creative Future, The Book Makers is a welcoming environment for anyone who loves reading, for those who want to learn more about creative writing, and authors who want to better understand the route to being commercially successful writers. It’s reflective of a retail sector which is realising the enormous benefits of bringing people together, whether it’s through social events, workshops or just offering good old-fashioned friendly advice. “Independent book shops are ahead of the curve. They’re much more forward-thinking. They used to be dusty old places with gentlemen in tweed, and now they’ve survived by integrating themselves into the community.” While this pop-up is only due to last six months, it is working to demonstrate why physical stores should exist at all.  There are certain experiences which online shopping will struggle to offer, so the high street increasingly needs to exploit these and give new purposes in its retail spaces.

Figures from the Booksellers Association suggest over 50 new bookshops were opened in 2020, which is around a 10% increase. Encouraging numbers, considering how ubiquitous internet shopping is – although this is still only half the number of independent outlets in 1995. The industry is a complicated territory to navigate, as there are still plenty of closures, but there are certainly lessons to be learned by an ailing physical sector.

While The Book Makers is addressing issues around how a business might interact with its customers, there’s also a desire to explore change within the publishing industry. The project is establishing stronger links across the creative community. Around 15 local writers are directly involved in the project, with support being given a wide range of other local authors – either through mentoring drop-in sessions or simple advice. There’s a shared ambition to widen participation. “The publishing industry needs to acknowledge it has become increasingly middle-class, because it is quite low-paid. Only people who can afford to work within it do, and that’s a barrier, obviously.” Shaw suggests publishing is slowly working out that it’s not truly representative of modern British demographics. However, mechanisms to address this imbalance aren’t in place.

You can write lovely prose, but what now? You could self-publish online, although reaching an audience can be tricky. There’s a whole chain of people you need to engage with in the search for recognition. One of the project’s contributors is Vaseem Khan, author of the Baby Ganesh Detective Agency series. Coming from a south Asian community, he’d always wanted to write books, but nobody in his family ever read fiction. His experiences have plenty to offer the aspiring novelist. “It’s not just about publishing the book,” says Shaw. “It’s about creating a community of readers around it. There’s quite a lot of complexity around the laudable ambition of having a more diverse type of audience, but we’re not really starting to scratch the surface.” The Book Makers seeks to forge stronger links between professional and amateur writers. Publishing is a confusing world, and almost impenetrable to the average outsider. The project’s workshops aren’t just about how to write, they’re about how to reach an audience, how do you sell your book and get into libraries. Many obstacles to new authors are professional, so explaining about the commercial environment’s workings can be invaluable. You can’t just knock out a book and expect it to prosper on its own, however brilliant it is. 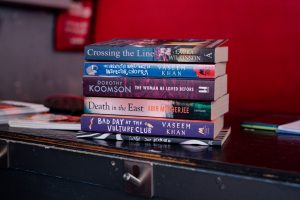 Even the traditional publishing industry’s ability to foster best-sellers is limited.  You can’t force a way into bestseller charts with advertising alone, as it’s increasingly harder to define an ‘average reader’. People are far more diverse than simple demographics. Another issue is the broken connection between publishers and smaller book sellers. More prosperous times would see groups of sales reps travelling the country and identifying trends. “Nobody has the final answer as to what books should be. The readers themselves decide. It’s very hard to market books because the audience just reads what they want.” One interesting growth area is the appetite for work from a more diverse range of authors. The project is working with partners, such as Creative Future, on a strand of events to broaden participation.  This includes poetry workshops with award-winning writer and former UK slam champion Joelle Taylor, or former criminal defence lawyer Nadine Matheson talking about her books and her past life. But Shaw says it’s important that literature is about reading books of all kinds.

The recent suspension of high street life has reinforced the value of shopping locally for a broad range of people. The Book Makers is showing what the wider retail sector is going to need in a changing world. And hopefully other projects will come along and follow the model. It seems writers are increasingly generous to each other. “They like sharing what they’ve got, because most of the time they’re stuck inside.”

Everybody involved with the pop-up is learning something, even if it’s just observing people’s behaviour when they walk into a book shop. Only this a book shop where you can pop in and write for an hour, and there’s a flourishing sense of belonging for those looking for a community. “A lot of people are coming by who’ll say: ‘I’m not a writer, but I do write.’ What do you mean by that? There are perfectly good reasons as to why people don’t feel it’s for them, but they do want to do it. You can give it a go. The more voices, the better it will all become. Even if it’s not for publication, it’s a great thing to be doing, whether it’s for your own wellbeing or you’ve grand ambitions.”

This month, Creative Future, New Writing South and Writers Mosaic start a programme of workshops at The Book Makers to inspire creativity. Find out more here.