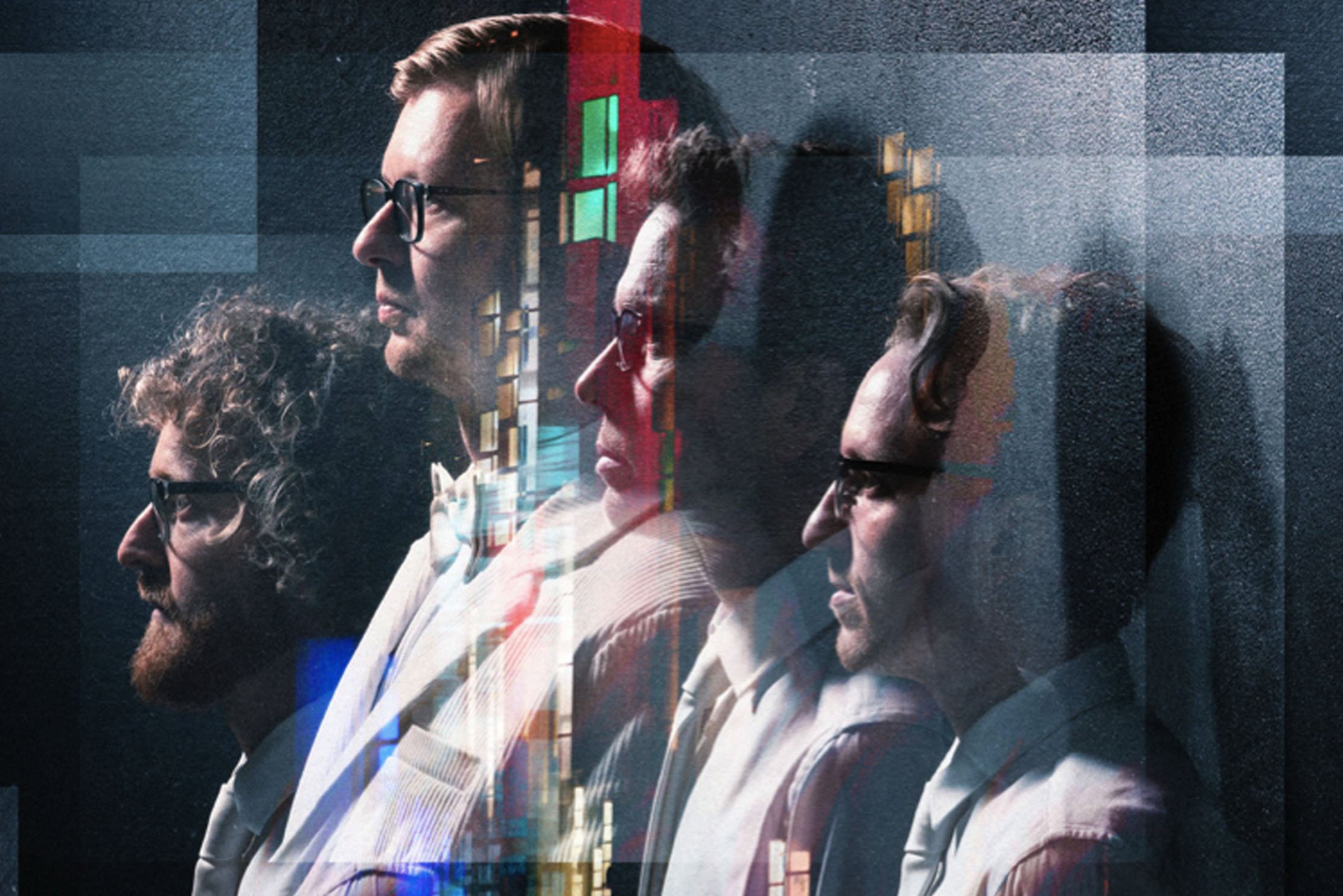 Public Service Broadcasting will release their fourth album, Bright Magic, on Fri 24 Sept 2021 via Play It Again Sam. An album in three parts (Building A City / Building A Myth / Bright Magic), it is their most ambitious undertaking yet, bringing you to Europe’s heart and de facto capital, the cultural and political metropolis that is the ‘Hauptstadt’ of the Federal Republic of Germany – Berlin.
The London band, comprising J. Willgoose, Esq., drumming companion Wrigglesworth multi-instrumentalist JFAbraham and visuals guru Mr. B, today also share their new single, People, Let’s Dance, featuring vocals from the Berlin-based musician, EERA. Incorporating a guitar riff from Depeche Mode’s People Are People and taking its title from a chapter of Rory MacLean’s Berlin: Imagine A City, the track opens up part two of the album, which finds the scene shifting to a three-day weekend club environment and an aspect of Berlin as a long-established free zone for pleasure, art and expression. The song comes with an accompanying video featuring colourful roller-skaters against a city backdrop, directed by Chloe Hayward.

Public Service Broadcasting will tour the UK this October and November with a show at Brighton Dome on Mon 25 Oct and London’s Brixton Academy on Weds 10 Nov, and Full dates are listed below – tickets are on general sale on 9th June and available HERE.

The quartet have been “teaching the lessons of the past through the music of the future” for more than a decade now. 2013’s debut album Inform – Educate – Entertain used archival samples from the British Film Institute as audio-portals to the Battle Of Britain, the summit of Everest and beyond. Two years later, The Race For Space used similar methods to laud the superpowers’ rivalry and heroism in orbit and on the Moon. In 2017, joined by voices including Manic Street Preachers’ James Dean Bradfield, Every Valley was a moving exploration of community and memory via the rise and fall of the British coal industry. Pointedly topical in its analyses, it reached number four on the UK charts.
“Doing this felt inevitable, somehow,” muses J. Willgoose, Esq. “In my head, it was whirring and pulsing away for a long time, even before Every Valley – this fascinating, contrary, seductive place. I knew the album was going to be about the city, and its history and myths, and I was going to move there. So it’s quite a personal story. It’s become an album about moving to Berlin to write an album about people who move to Berlin to write an album…”
Though PSB’s use of electronics and surging guitar rock remain familiar, Bright Magic uses samples, and the English language, sparingly. It differs from their previous albums in other ways: less linear and narrative, instead it’s an impressionistic portrait of a city from the ground up. A Eureka moment of sorts came in November 2018 when Willgoose heard Walter Ruttmann’s radical Berlin tape-artwork Wochenende (or Weekend), which is sampled on three of Bright Magic’s tracks. Created in 1928, the piece collaged speech, field recordings and music into a sonic evocation of the city. Resolving to integrate these long-gone fragments with new manipulated sound sources, he set about making his own Wochenende, a narrative drama for the ears which decodes and realises the dreams of Berlin he’d constructed in his mind.
J. Willgoose, Esq. said “I started to get a feeling for where the title of Bright Magic wanted to take me, towards ideas of illumination and inspiration, electricity and flashes of light and colour and sound (all the tracks would eventually be colour coded). I sent it to the rest of the band, and said, I know it’s going to change, but we’ll see how the city itself colours that.” 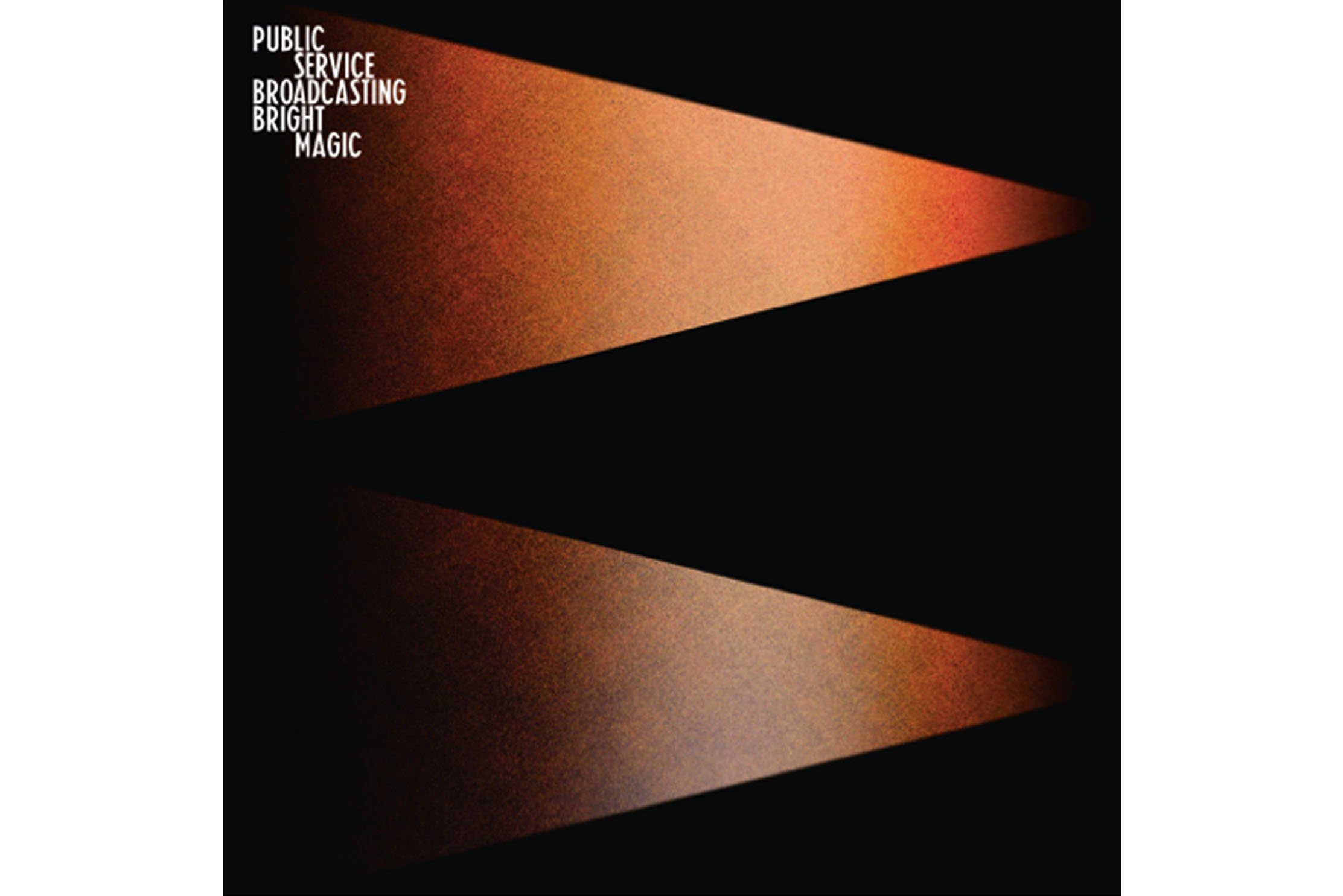 Willgoose moved to Berlin from April 2019 to January 2020. Combining sound archaeology and the flâneuring of the psychogeographer, one street-level pursuit of the city’s energy involved Willgoose walking the Leipzigerstrasse, site of the city’s first electric streetlight, using a wide-band electromagnetic receiver from Moscow’s Soma Laboratories. “I walked up and down recording electrical currents and interference,” he laughs. “You can hear a few of these little frequency buzzes, clicks and impulses in Im Licht (a song inspired in part by pioneering lightbulb manufacturers AEG and Siemens). It’s what I was trying to do in the wider sense, I suppose – to capture those tiny little pulses you pick up while walking through a city.”
He wrote and recorded in Kreuzberg’s famous Hansa Tonstudio recording complex. This brought closer several inescapable musical touchstones: Depeche Mode’s classic eighties triumvirate, U2’s Achtung Baby and, crucially, Bowie’s Heroes and Low. “The whole shape and structure of the record is very much in debt to Low,” says Willgoose. Indeed, the Warszawa-evoking “The Visitor” – whose designated colour is the particular Orange of that album’s sleeve – was initially intended to feature a sample of Bowie reflecting, says Willgoose, on “how he viewed himself as this vessel for synthesizing and refracting other influences, and presenting avant-garde influences to the mainstream. We tried to absorb a bit of that spirit.”
As well as EERA, the album’s other guest voices include veteran of The Bad Seeds and Einstürzende Neubauten, who becomes the voice of Berlin’s industry on the robo-teknik Der Rhythmus der Maschinen. Andreya Casablanca of Berlin garageistes Gurr stands in for Marlene Dietrich in My Blue Heaven, an anthem of proud self-determination.
A very pro-European record, Bright Magic is ultimately not just about one city, but all centres of human interaction and community which allow the free exchange and cross-pollination of ideas.