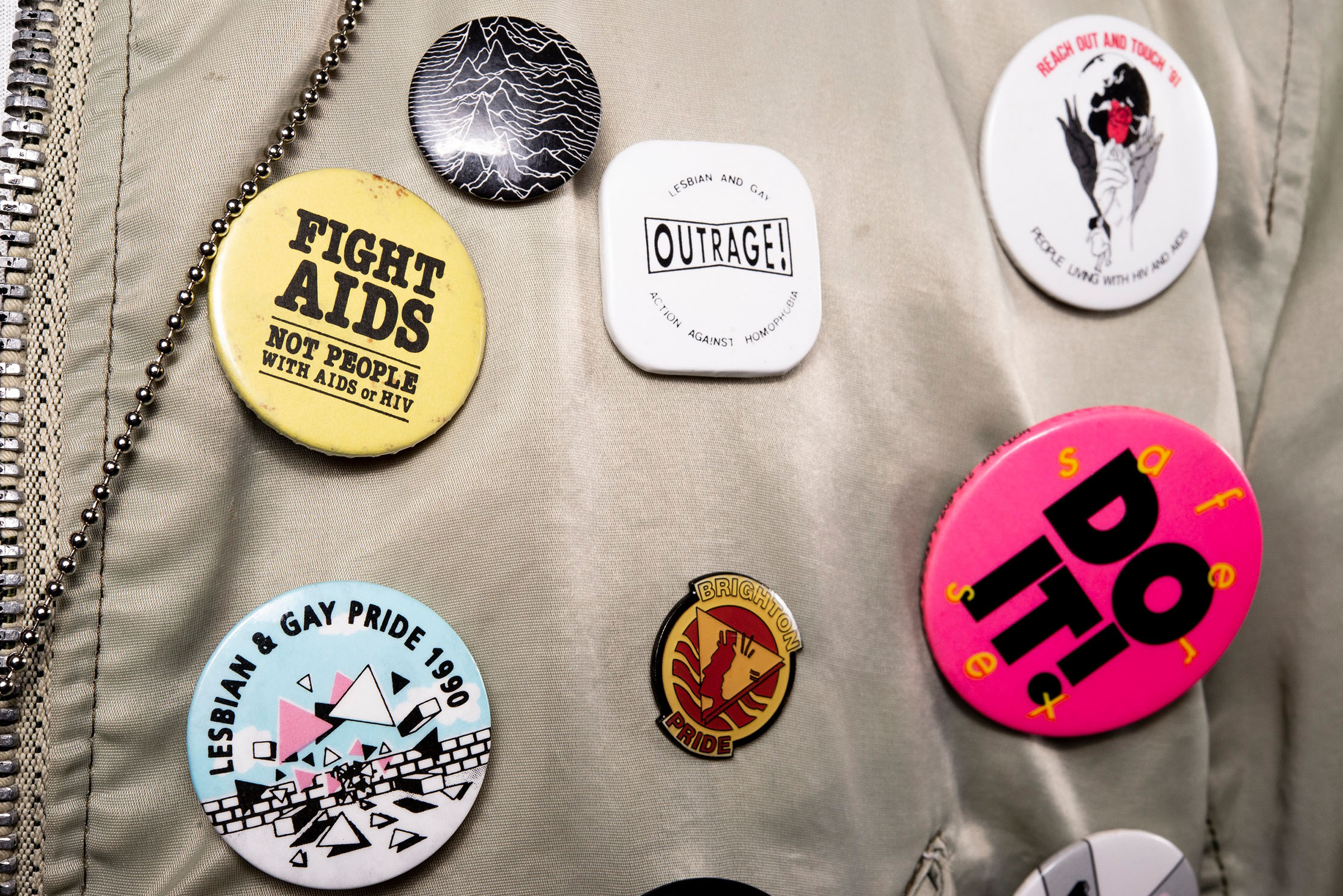 Meticulously researched and curated by residents of Brighton & Hove, Queer The Pier is an unprecedented exhibition coming to the city’s Museum & Art Gallery on Sat 22 Feb. Taking Brighton’s renowned pier as a symbol of the city’s ongoing reputation as a place where people of all genders, sexualities, social classes and ethnic and religious backgrounds have come to seek pleasure, liberation and fulfilment. It’s a timely reminder that LGBTQ+ people have always been part of Brighton & Hove’s story.

The exhibition allows the visitor to explore selected experiences of LGBTQ+ people in Sussex over the last 200 years, beginning with a blackmail letter written in 1798 from a solicitor to an army captain, accused of propositioning another man on a coach to Dorking.

The items on display also include Aubrey Beardsley’s original cover illustration for volume IV of the Yellow Book periodical is also in this exhibition. Beardsley was dismissed as resident artist following the arrest of Oscar Wilde for sodomy – Wilde was carrying the Yellow Book when arrested and consequently another artist and cover was commissioned.

In 2017/8, Brighton Museum &Art Gallery’s  exhibition exploring the life and work of artist Gluck was very well attended so it seems fitting to include her Fez hat in this new exhibition. Other items belonging to notable locals include a newly acquired print by photographic artist Rotimi Fani Kayode, collaborator of Robert Mapplethorpe and founder of the APB Gallery. By way of contrast, new photographic portraits of members of Brighton QTIPOC (queer, trans, intersex people of colour) have been commissioned in response to Kayode’s work, especially for Queer The Pier. 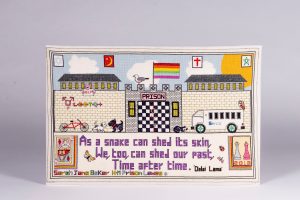 Photographs and memorabilia from the lives of two lesbian war heroines documenting their time in the armed forces plus 50 years of their domestic bliss is another key exhibit as are excerpts from the diary of landowner and lesbian Anne Lister, who writes about her visit to Brighton in 1820.

Donated collections include ephemera from a range of LGBTQ+ community members, including the indictment of John Spershott, the last man to be hanged for buggery in 1835. By way of contrast, a photo of the Sussex Gay Liberation Front, protesting in front of the war memorial in 1973, is displayed alongside a colourful selection of costumes and drag outfits belonging to local performers and activists.

A single typewriter represents the influential writings of Peter Burton, who lived in Brighton and wrote for Spartacus, the UK’s first gay magazine, published out of a boarding house in Preston Street in the late ‘60s. Peter went on to write for Gay Times and Gay News for 40 years as well as broadsheets, music magazines and more.

Alf Le Flohic, a local queer historian, tells us more about the origins and ambitions of Queer The Pier.

The exhibition has been researched and co-curated with local residents, one of those residents being me. I’ve always been a bit of a collector (some would say hoarder), and after I arrived in Brighton at the end of the 1980s my collecting took on a very specific focus: the LGBT experience in Brighton and surrounding areas.

There was an awareness at the time that our queer history was being lost and Brighton Ourstory formed to try and capture it, mainly in the form of oral history from elderly residents. In parallel with this I began collecting flyers, posters and things that reflected what was happening in Brighton, and kept it up for over a decade. Most of this paper-based material is now held at the local history archive The Keep.

I was initially approached by some of the exhibition’s community curators in relation to Brighton-born conjoined twins Violet and Daisy Hilton, as I’ve successfully campaigned to get them a plaque on their birthplace in Riley Road (to be unveiled in May). I was then asked about any artefacts I may have relating to Brighton’s queer history…

I arrived in Brighton towards the end of the 1980s, a significant period for the LGBT community in Brighton and the UK in general. The Local Government Act was introduced by the Conservative government, and Section 28 of it stopped councils and schools “promoting the teaching of the acceptability of homosexuality as a pretended family relationship.” The resistance to this brought local queer people together in a way that hadn’t happened before, and the solidarity that was created has been the one of strengths of our community for decades.

The badges I collected over the years reflect the things that affected me and other queer people over that period: fighting Section 28, London Pride, Brighton Pride, Trans Pride, HIV fundraising and safer sex campaigns, direct action groups like Outrage and ACT UP, clubbing etc. You’ll notice a fair few pink and black triangles, these echo the symbols given to queer prisoners in Nazi concentration camps during the second world war. Some may seem like simply badges with rude words on, but wearing those words can take the power away from them when used as insults against us. In the late 1980s we were printing our own t-shirts and making our own badges, so some of the items on show reflect the unique Brighton experience.

Another item in the exhibition is a flyer from 1992, calling for a ‘Queer on the Pier’ event to coincide with Brighton Pride that year. As the flyer says “we are not looking for a confrontation. We are simply saying that we belong here too. Brighton is our home.” The response from the News of the World was to advertise it as an ’11-day gay bash’ encouraging people to come down and stop us from ‘camping about in front of families with children’, and reminding them that 124 people have died of AIDS in Brighton.

There is so much to cover when telling Brighton’s LGBTIQ+ stories that undoubtedly things have been missed. However the group has tried to be as inclusive as possible and there are interactive exhibits to engage visitors as well as lots of outfits, films, banners, an assorted precious items from our past.

Queer the Pier is part of Brighton Museum & Art Gallery’s Be Bold initiative, supported by Arts Council England, in which members of the city’s LGBTQ+ community have been invited to submit proposals. Queer The Pier will take over from the Museum Of Transology which has attracted widespread international attention, in the museum’s Spotlight Gallery space. 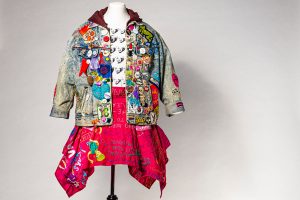 Since 2016, Queer Heritage South (formerly Queer in Brighton), has produced the monthly LGBTQ+ History Club at Brighton Museum & Gallery, shedding light on the city’s rich queer heritage. Queer Heritage South proposed an exhibition in which the area’s LGBTQ+ community would be involved in every aspect – from research to curation and production. It’s seen the uncovering of new and little-known LGBTQ+ historical facts and artefacts, giving the exhibition a fresh and highly personal perspective.

Brighton Museum & Art Gallery, part of Brighton & Hove City Council, is one of Britain’s oldest public museums.  Located in the Royal Pavilion Estate at the heart of the city’s cultural quarter, its collections showcase arts and crafts from across the world and history from Ancient Egypt to modern Brighton.