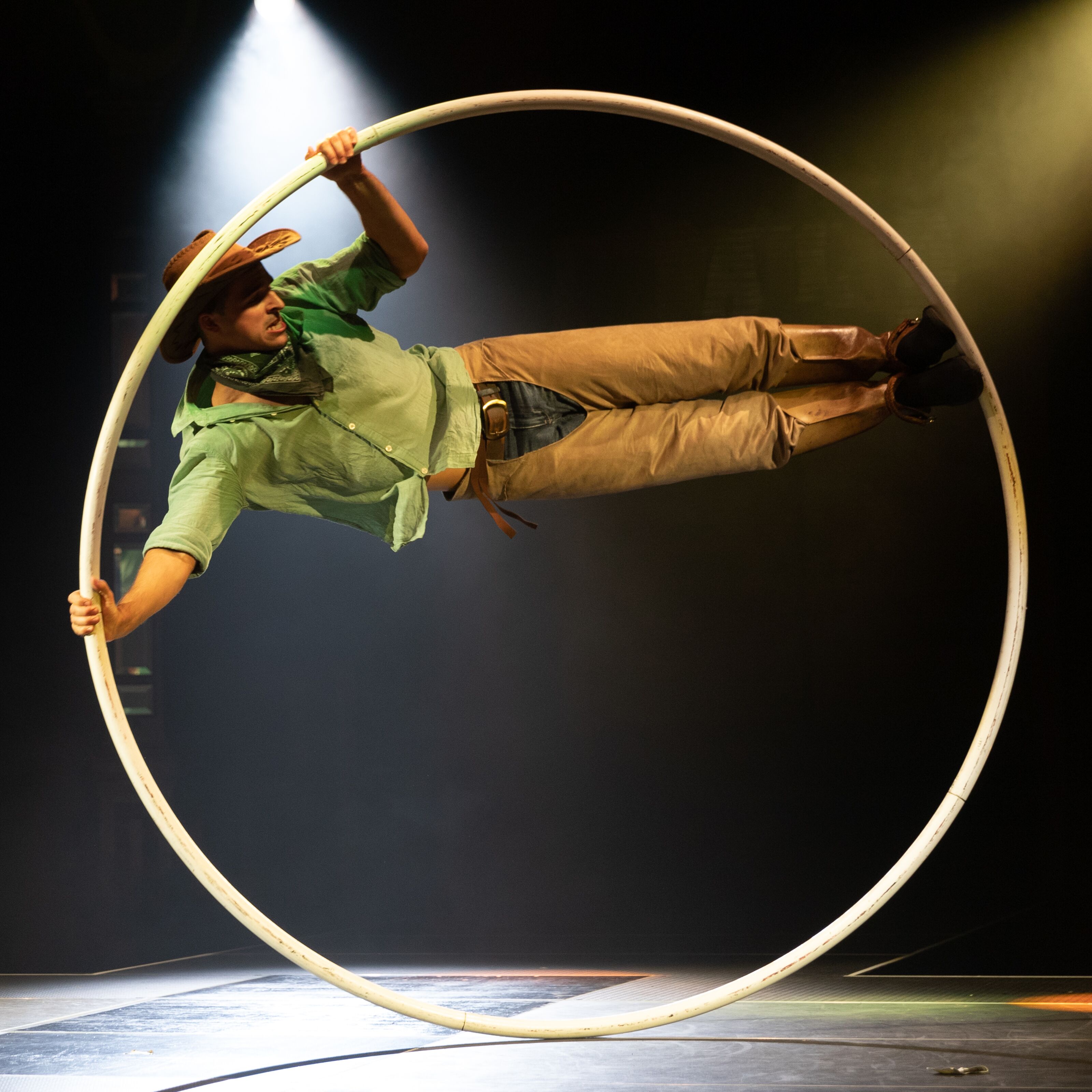 Set somewhere in the wild west, Railed follows the story of four of the biggest rogues this side of Dodge City as they celebrate a successful heist. But this ain’t your average story. Instead, dialogue is switched out as the bodies do the talking in this circus spectacular that combines old school slapstick comedy with death-defying acrobatics (and a little light nudity).

The audience laps it up as the cowboys rail the boundaries of good taste and provide fresh spins on old tricks, with some impressive Cyr wheel technique amid traditional tumbling and juggling. The lack of speech keeps the pace fast, and the humour constant, while human towers and balances almost as high as the venue itself keep things interesting.

Not too shy to go a little risque, there’s also a little homoeroticism, a game of spin the bottle, and even a sex scene between a horse and a unicorn (serenaded by the Bojack Horseman theme, naturally) – tongues are planted firmly in cheek for this performance. Yet the overall narrative of these gunslingers’ celebration is not lost and is revisited throughout, up until the dramatic conclusion.

The impressive team of Callan Harris, Adam O’Connor-McMahon, Harley Timmermans and AJ Saltalamacchia are a wonder to watch – leave the kids at home and head down for a night of audacious circus mastery!