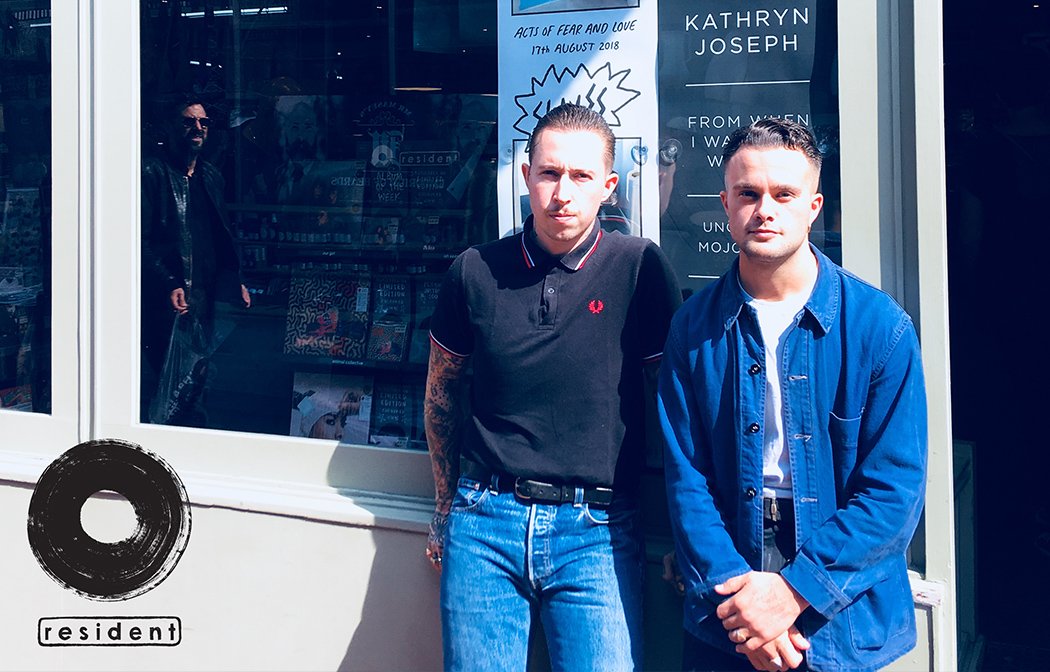 After Resident Records announced that the Slaves in-store had completely sold out, it was no surprise when we arrived to see the lines of Slaves fans filling up North Laine on a Thursday lunchtime.

It’s not often that Resident Records closes their doors on an average Thursday lunchtime, except this Thursday was slightly different with punk rock duo Slaves coming to cause havoc playing an unusual lunchtime acoustic set.

Being no strangers to Brighton themselves, Slaves have lived and performed at various venues across the city for years.

Once on stage, they proceeded to hand out flapjacks and biscuits to the crowd, yet weren’t eating them themselves, as they joked that they were in preparation for their ‘televised Reading and Leeds’ performances this weekend. These two laid-back guys joked and interacted with their fans continually between the songs, and sometimes whilst performing, creating an extremely lighthearted and humorous atmosphere, all whilst sipping on a cuppa.

It was a surprise to their fans to hear that they would be performing an acoustic set, yet despite them jokingly mocking themselves, they did not lose an ounce of punk spirit.

New tracks such as Magnolia, Daddy, Chokehold and Photo Opportunity, from their latest album Acts of Fear and Love, sounded like fan favourites already and the band also had time to perform their breakout hit Are You Satisfied? All of which had members of the audience singing and bobbing along with every beat, with even guitarist Laurie Vincent’s son bouncing on the countertop.

By the end, fans began queuing to get their CDs, Vinyl and merch signed by these two chirpy chaps.

Slaves are now on tour with many UK dates in November, more information and dates can be found on their website.