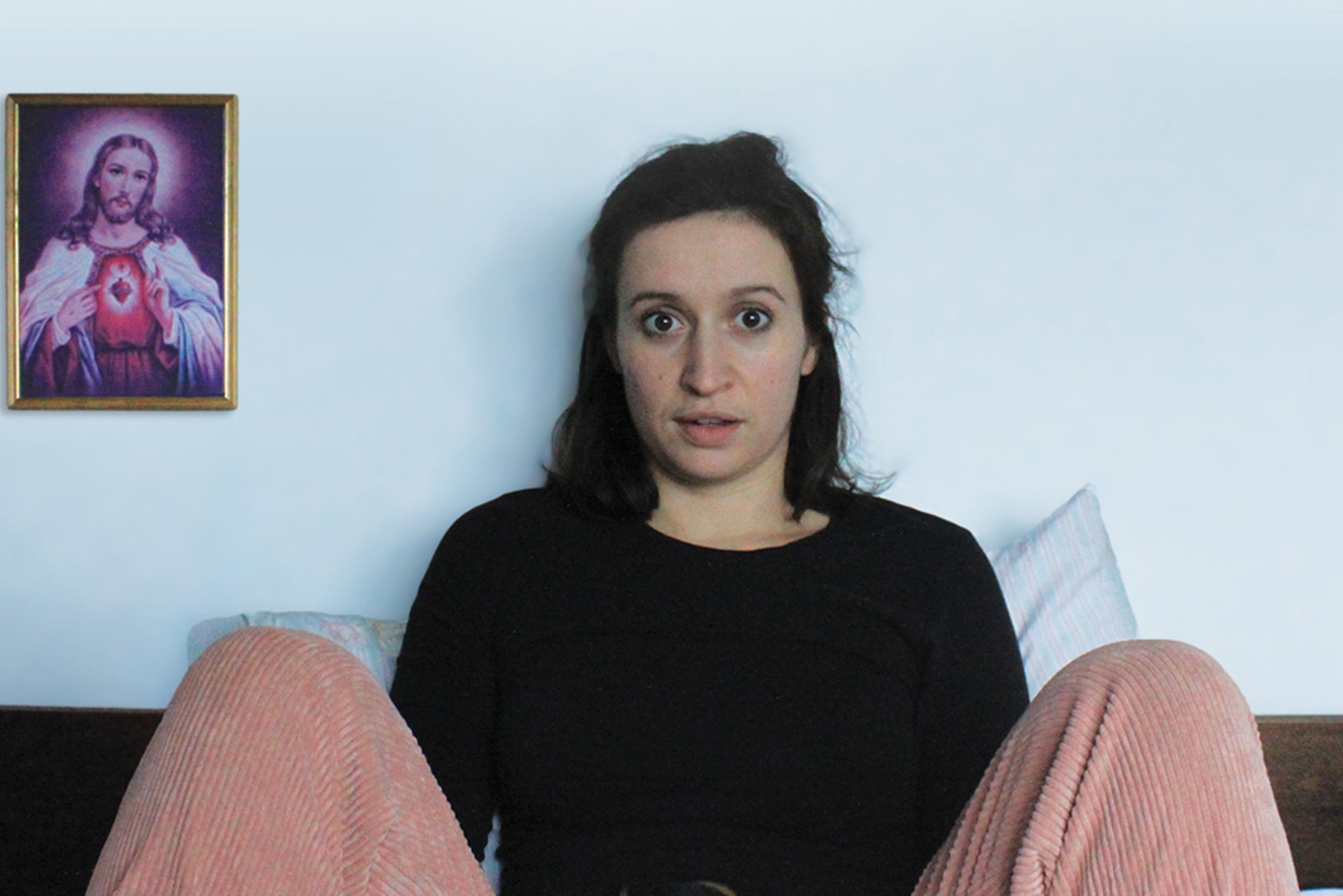 In this frank and funny one-woman show, actress and writer Charlotte Mulliner plays many parts as she takes us on a lapsed Christian’s personal journey to find inner peace in the age of Instagram.

Revelations sees ex-believer Rebecca in the midst of a millennial crisis: she’s single, stuck in a cycle of regrettable one-night stands, and living at home with her church-going mother. But when she spots a Facebook post from an old Bible camp friend, she thinks she’s found an escape. Emma Cunningham has achieved the ultimate: a flat in Hackney with massively discounted rent – and she’s looking for a flatmate. There’s just one catch: to move in with Emma, Rebecca will have to fake the faith she once had. But as she exclaims gleefully: “Cheap rent in London – it’s enough to make you believe in God!”

Following a wonderfully awkward church encounter with Emma’s mum, Rebecca accidentally lands herself a job back at the Bible camp she used to attend, this time attempting to teach Jesus’ message to a bunch of bright-eyed private school children and sexually-repressed teenagers. Her analogies to Love Island don’t go down well with the other youth leaders, one of whom Rebecca instantly lusts over. But as the weeks go by, she’s surprised to find herself growing more attracted to the comforts of an all-loving God, along with the eager, Ned Flanders-like kindness of her co-workers and the relative safety of the camp, away from the pressures of modern life. But how long will that feeling last?

Partly based on Mulliner’s own experiences as a Bible camp going teen, Revelations explores the best and worst sides of evangelical Christianity, with hilarious results. Under direction from Ellie Heydon of the female-centric Siberian Lights theatre company, Mulliner is a delight to watch as she seamlessly transitions between Rebecca and a range of comic characters: from the beady-eyed, clingy and confused teen Christine, who is beginning to question God, to the serene and uber-holy youth leader Midge, who may as well be surrounded by a choir of angels.

As a Tiger in the Jungle – Brighton Fringe 2019

The show is well written too – a play on the word ‘missionary’ provides one of many laugh out loud moments – not least Rebecca’s final speech to the children, in which she U-turns spectacularly on a brilliantly-conceived analogy for Christianity to Titanic.

Witty and original, Revelations is a thoroughly entertaining show which gives us a genuine insight into the little-known world of Bible camps. Gracefully performed by a promising actress and writer, the play’s humour is sure to have broader appeal beyond women millennials having a quarter-life crisis.