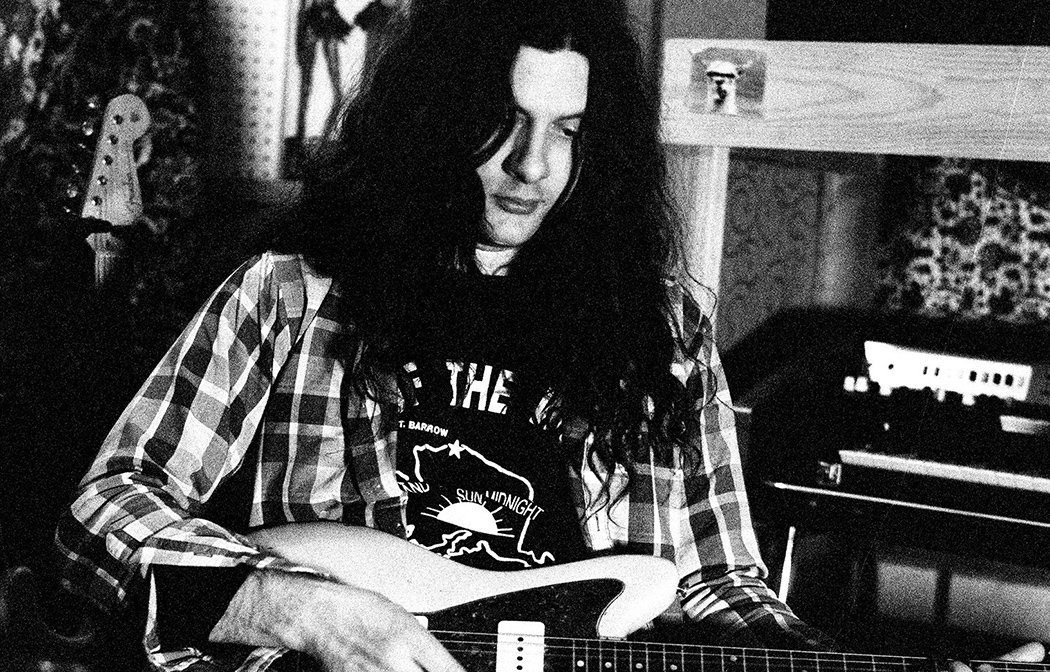 Kurt Vile—a huge name to some, simply a strange one to others—is now touring his recent double-album Bottle It In. The album, which went straight to number one on the UK vinyl charts, but didn’t get too near the top ten on the wider charts, a reasonably good way of summing up the type and level of his fame. It is this tour that brought him to Brighton on Bonfire Night, where a sold out crowd at Concorde 2 opted to forego the fireworks in favour of a more technical show.

This show was opened by Mary Lattimore (on harp) and Meg Beard (guitar and vocals), otherwise known as Meg & Mary, who gave a half-hour set of mournful tunes, that did drag into dirge territory. I can’t say I am particularly surprised when Vile later describes Meg and Mary as two of his best friends.

After a short break—and once the sizable harp has been successfully removed from the stage—the current iteration of The Violators take to the stage. They are quickly followed by Mr Vile himself, who, ticking with a nervous energy that seems immediately to transfer to the crowd, yelps a quick “how you doing!?” from behind his signature long black hair and launches into album opener, Loading Zones, a song about Vile’s cunning parking spots while he does his laundry and shopping, which includes the wonderful boast, “I park free!”

Though ably supported by the Violators throughout, it is Vile whose name is on the album cover and it is Vile who is the star of the show tonight, singing in with a drawl from the East Coast but a cadence that is entirely his own, and demonstrating his prowess like a grunge Mark Knopfler on his many, many guitars, maintaining complete control of each of the dozen or so instruments—from electric to acoustic to banjo to twelve-string and back again—that he plays over the course of the night.

Throughout the show, there is little in the way of audience interaction, but as it rolls on there are just enough little smirks from between Vile’s black curtains for us to believe that he is enjoying himself, or at least enjoying the enjoyment he is causing over the course of the 75 minute set dominated by songs from the new album—with Bassackwards and the anomalously up-tempo Check Baby standing out—but including older numbers like I’m An Outlaw from the excellent 2015 album, B’lieve I’m Going Down, as well as Girl Called Alex and the titular track from Waking on a Pretty Daze. When Vile and Violators return to the stage for their rousingly requested encore, the crowd gets what it wants—2015 hit, Pretty Pimpin’—and then one more smirk, before the curtains close again and we turn to file out, satisfied, “to the utmost degree.”