Ok, it’s one of those horrendous mornings…it usually happens on a Monday when you’ve got to go to school/college/work/eternally stay at home because of the corona virus. The grogginess of sleep still hangs around your body as you stagger towards a mirror, yawning, stretching but when your eyes meet your own reflection it’s like cold water has been poured over your entire soul. A spot. On your face. It’s not just any small, teeny tiny inconsequential spot either. It’s the sumo wrestler of all spots. It has its own star on the Hollywood walk of fame. It’s so big it probably has internal thoughts where it’s worrying about how to pay off its mortgage or how to tell its girlfriend that it doesn’t love her anymore. I have no fairy Godmother on speed dial like Cinderella but fortunately for me all I need is a flick like bippity bobbity boo (in which I pat on a bit of concealer)…and like magic the spot is gone. Poof. Now, let me effortlessly segue into reviewing a programme about make-up…

Glow Up on BBC3 iPlayer focuses on a competition in which a group of young people go head to head to see who is the best make-up artist. Each week they produce tantalising pieces of artwork which have ranged from painting on prosthetics for actors in Holby City to creating a make-up look inspired by different movies for the dancers in Strictly Come Dancing. After challenges like these they must then take a brief such as ‘what’s your worst fear?’ and produce a (usually very complex) piece of artistry on a model’s face. This particular task saw parasites and devil goat’s being created…no really. I don’t know how I would produce an art concept related to the fear of accidentally pulling the panic cord in a disabled toilets. Anyway, at the end of two challenges there is a final face off. This is where the two weakest contestants are given a ten minute task to do something so stressful as to be heart attack inducing like painting on a glittery lip. The prize for the winner of the entire competition is a contract working with some of the world’s biggest make-up artists. 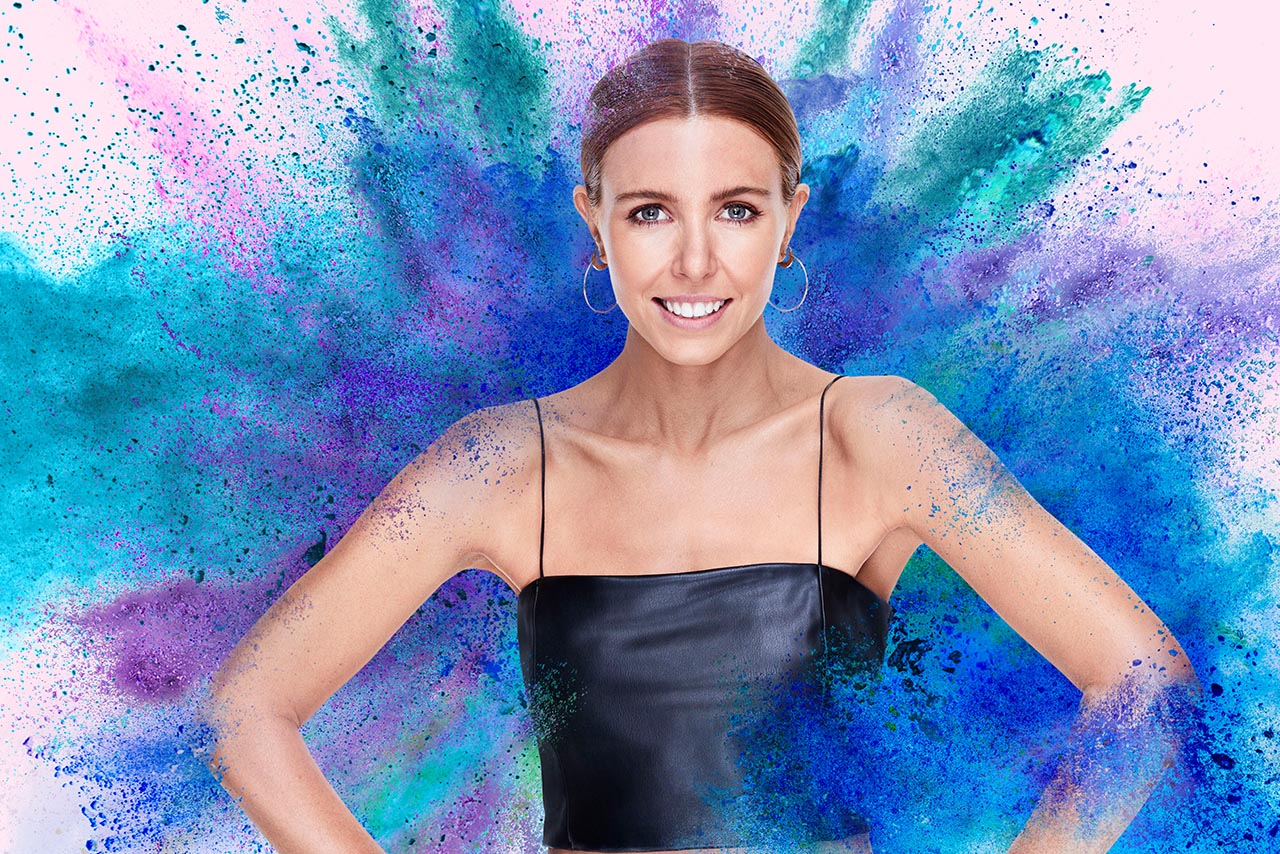 The events are presided over by Stacey Dooley. Her main presenting role in the show is to pop up beside the contestants whilst they’re working and ask: “what’s going on here then?” as the MUA (make-up artist) is midway through sticking blended pieces of cork onto their model’s face in a completely serious way. They are judged by Val Garland, or should I say, the human embodiment of a doorbell. Val’s fantastic praise of: “DING DONG” whenever an MUA does something she particularly approves of could perforate the eardrums of aliens on Saturn. She has an impressive career in make-up, she has worked her way to being the director of L’Oreal’s Paris Global Makeup and she has also been a contributing beauty editor for British Vogue. The other judge is Dominic Skinner who looks like a trendy Poirot. He has also had a fantastic career, having worked with the likes of Vivienne Westwood and he has also landed jobs such as being the Global Senior Artist for MAC’s cosmetics.

What I like about this show is that it really focuses on what the MUA’s can do and their exceptional talent. I don’t need a box of tissues handy to listen to Hannah emotionally and continuously talk about her desire to win the competition for her guinea pig with a broken leg…and how he’s always been her inspiration…because he once escaped his cage to spell out the words “I believe in you” in copious amounts of blush powder on her countertop, a single tear rolling down his furry cheek. This show is about art.

So who are our final contestants?

Ophelia: What is fascinating about this MUA is that she has emphasised how her parents didn’t really approve of her wearing make-up whilst growing up. This effort to push boundaries is reflected in her work as an adult. She has created incredible gothic and horror inspired looks on the show. This includes a man dripping with red paint down his chest with black flicks at the top of his eyes which resemble horns. She has had plenty of positive critique throughout the competition and is the only finalist to have avoided the face off. In fact some of her work has been simply extraordinary as she has included illusionary elements by paining a veil on her model in one challenge. She is clearly a strong contender to win.

James: This contestant has arguably created some of the most unique and creative looks in the competition. His modern day inspired Club Kid look for his model in episode four was a fantastic representation of his talent. He transformed a masculine looking face into something gloriously colourful and feminine. James revealed at one point in the competition that he suffers with Tourette’s syndrome which manifests itself with a twitch in his neck when he gets stressed. Despite the enormous amount of stress he must have felt in the competition he has let nothing stop him from achieving excellence throughout it. This excellence could clearly see him through to be the winner.

Eve: Whilst Eve has been in some of the face off’s she has also won some of the mini challenges through her brilliant ability to follow direction and the clear innate creativity she has. What is interesting about Eve is that she does not always seem to have confidence in her own ability but when her looks are DING DONG they are clearly flawless. Eve not only has an inventive creativity and bravery to try out new ideas in stressful situations but she always seems to connect with the model she works with. Her day job is working in a salon so she knows how to chat easily to people but this connection she has also means she connects with the audience as watching her I felt that she seems likeable and pleasant to be around and clearly someone to root for. I can easily imagine Eve being crowned the winner and then having to be rushed to A&E because the unleashing of Val’s DING DOOOOONG has shattered glass around them and left everyone hearing a high pitched ringing sound.

Who will actually win?

As something of a bibliophile and self-appointed TV critic (book nerd and couch potato), it is always a thrill...

To say the last 12 months have been tricky for the retail sector is a bit like saying Nurse...

The 35th edition of BFI Flare: London LGBTIQ+ Film Festival is now underway.  One of the world’s most significant...

Montezuma's reopens looking better than ever