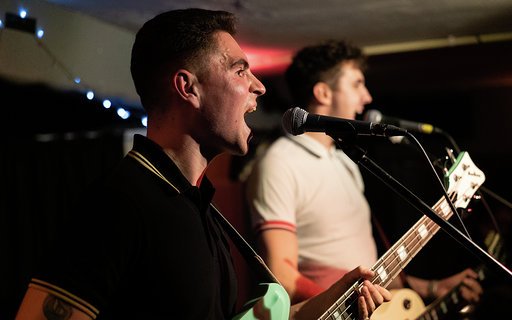 It’s a slither and a slide and a fast pace gig of a ride headed up by one of the most electrostatic upcoming bands from Brighton, SNAYX.

Based straight out of the BN postcode, Ollie Horner and Charlie Herridge were there to show off what they had been mastering over the winter months. This being only their 3rd gig ever, hosted by Dead Trendy Fashion at The Brunswick in Hove, had quite a crowd for the new starters. 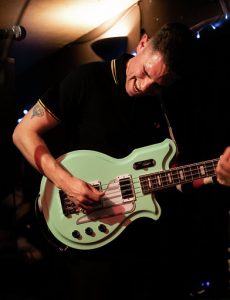 Opening with their hard-hitting bass riff song Deranged and struck right through to their new raw LP, which is out 5th of May, “Body Language” warranted the right to go onto bigger events. Thus leaving you wanting to hear more as they rifted their way through songs titled as; Cigarette, FAYX, Weaponized Youth and Buck, they produced a sound that would compete with any main stage at any UK festival.

Stick It On to broadcast fundraiser for Brighton venues this Saturday

SNAYX play with so much passion it will leave you feeling envious of the talent they possess. You can find their song Deranged on all major music streaming sites and more are on the horizon.

The band will be playing at The Prince Albert on the 8th of May, so get down there – it is time to get Snaykey.