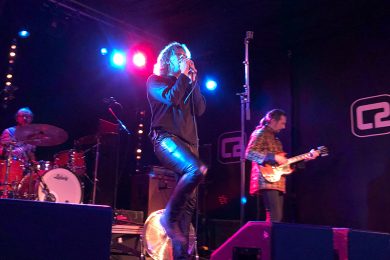 On International Women’s Day it seems wrong to be here lauding the male rockstar gods. I’m in the pit at Concorde 2 staring up at ‘Jim Morrison’ (Mike Griffioen) in his black leather trousers.

The Doors Alive “the number one tribute band to The Doors” have just launched into their third song.

“Alright alright, how ya doin? Ya feel alright?” Jim drawls in an approximation of an American accent. 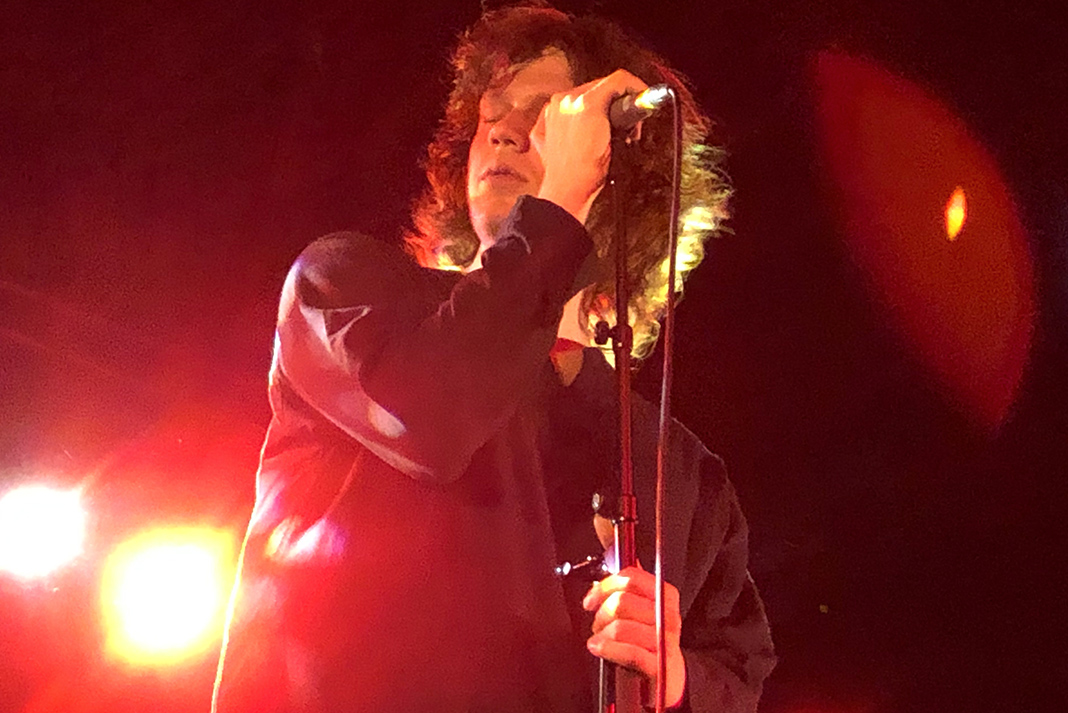 Dutch frontman, Mike Griffioen looks every part the rogue sixties poster boy. His wispy wavy hair haloed by the light cast from disco balls – yes disco balls – not quite the psychedelic light show I was expecting.

He is convincingly engaging on the vocals and pulls off Jim’s crooning beautifully. Somehow though, I find it hard to believe this frontman could be a rebellious, womanising icon of the counterculture, he seems too nice.

The band deliver on the A-list hits, Spanish Caravan, People are Strange, Riders on the Storm, and the legendary Light my Fire.

Halfway through Light my Fire Jim leaves the stage and for a full four minutes the keyboardist, Norbert Varga, takes on Ray Manzarek’s instrumental solo with style.

Playing on a vintage 60s keyboard the sound is authentically good. There is a playful energy between him and guitarist Baz Meyer as they weave through John Coltrane’s jazz standard My Favourite Things.

Then Jim is back, swigging from a bottle and introducing the band before he launches himself onto the speakers: “And I’m Jim Morrison motherfuckers.”

I doubt anybody in the audience has first-hand experience of a Doors gig, and even if I’m not quite convinced, there are plenty of people in the room who are.

It’s clear The Doors Alive have a cult fanbase. One man next to me rushes forward to present the rockstar with love beads, “I love you man – look me up on Instagram” Jim kisses his hands and comes on wearing the tiny necklace for the encore.

It’s the only polite thing to do.