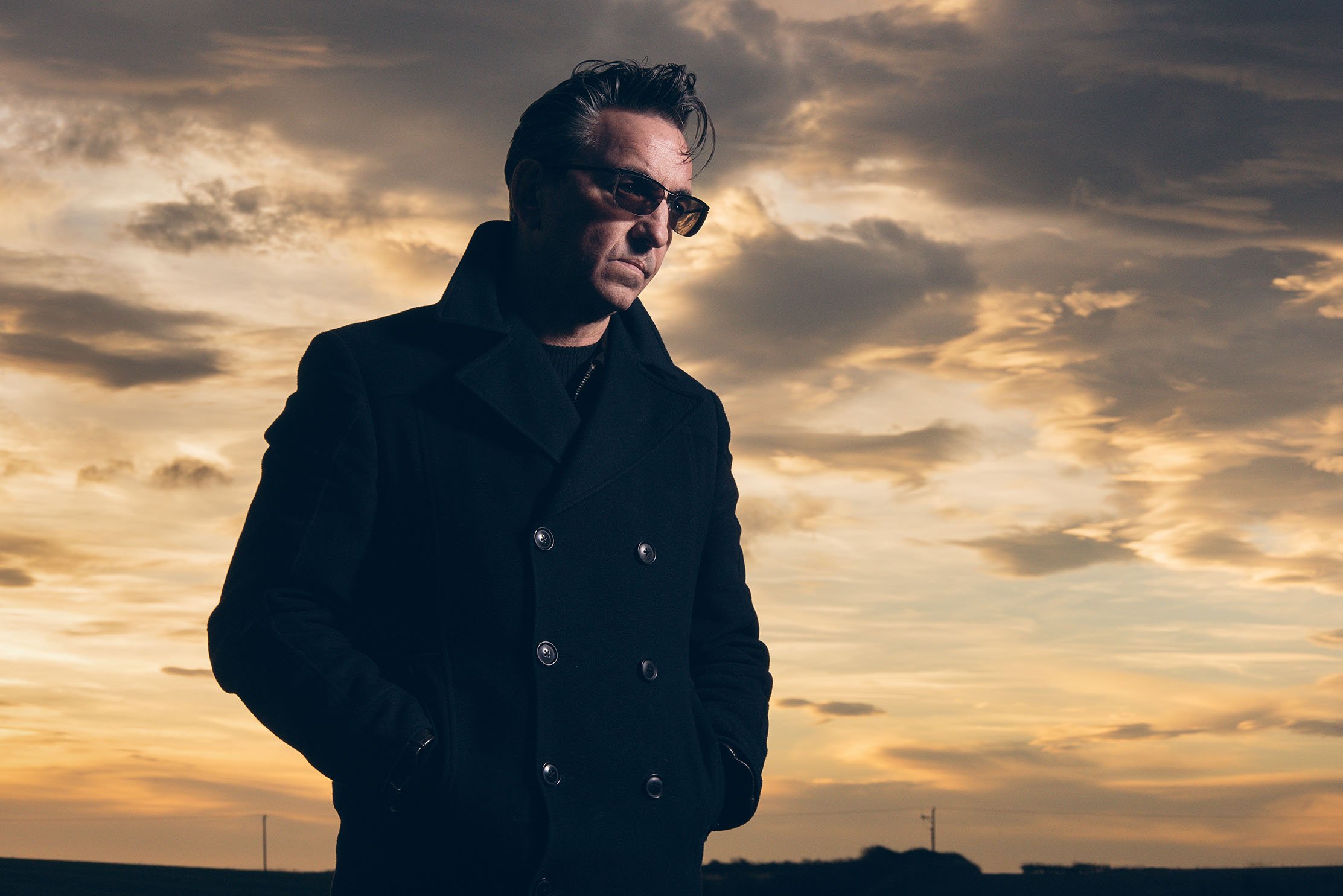 “Im from the North but I like it here”were the first words said by Richard Hawley as he and his five piece band launched into Off My Mind on this their final date of their UK tour.Support for the evening came from Get Cape Wear Cape Fly,aka Sam Duckworth who entertained the crowd with his indie folk tunes.

Richard Hawley could exist in any of the last fifty years of music,he spans folk,rockabilly,skiffle and psychedelia no one song sounds the same as demonstrated in the nineteen song set tonight.

The sold out Dome crowd loved every bit of it and they  played a mix of tracks from Further released earlier this year and older material from his extensive back catalogue.

The atmospherically brooding Standing At The Skys Edge was brilliant,a photomontage of rather grim Sheffield tower blocks projected onto the screen behind the stage sent a shiver down your spine.

He introduces Emillina Says by joking that its so depressing that it may make you want to go and throw yourself into the sea,which is handy here in Brighton as its just down the road,before lifting the mood with the gorgeous Tonight The Streets Are Ours.

He changes the mood of the songs almost as often as his guitars,off stage left there must be twenty,most of which seem to be used during the show and fellow guitarist Shez Sheridan and bassist Colin Elliot seem to use a similar amount of instruments.

The show finished with the epic psychedelic wig out Down In The Woods,which the crowd love,”you love a bit of psychedelia down here in Brighton,its the best response to this song on the tour”says Hawley.The band encore with the beautiful Heart Of Oak,before saying their goodbyes,a really great night of music by a singer still at the top of his game.