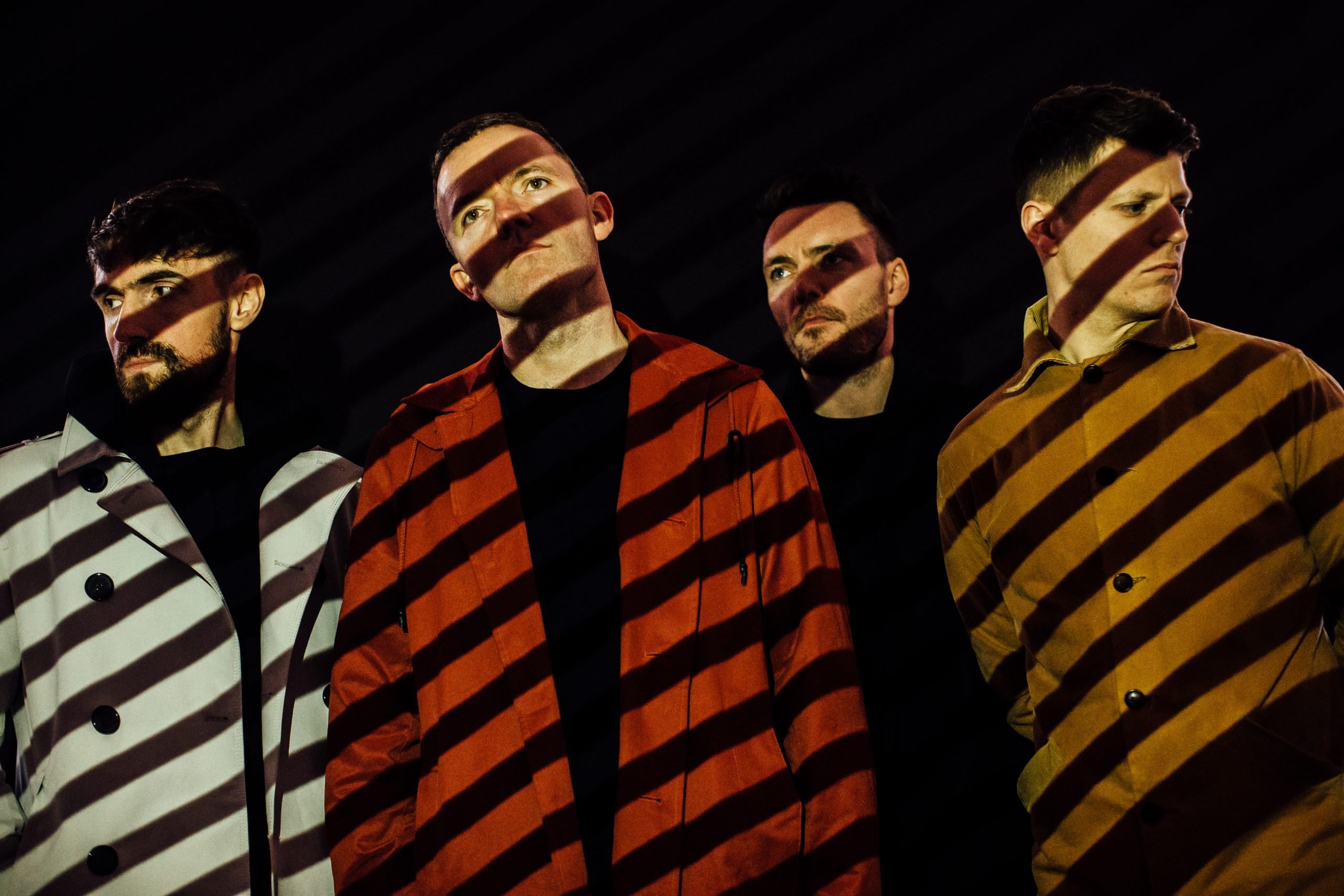 Rock band The Slow Readers Club back on tour in March

Manchester four-piece The Slow Readers Club are preparing to embark on their European tour kicking off this month. The tour coincides with the release of their new album ‘The Joy of The Return’ on March 20th.

The synth/indie rock band consists of Aaron Starkie (vocals), Kurtis Starkie (guitar and vocals), James Ryan (bass) and David Whitworth (Drums). The band have been building momentum over the last few years with a cult following of fans steadily growing while they tirelessly compose a fourth album.

In support of the March 20th album release date, The Readers have released their new single ‘All I hear’ alongside their UK and EU tour dates over March, April and May. They’re making their way to Brighton on April 2nd at the Concorde 2, and are playing a number of other shows in Edinburgh, Bristol, London, and Budapest, just to name a few.

The Slow Readers Club have a rock sound similar to The Killers, The Smiths and The Cure alike. They have supported bands such as Catfish and the Bottlemen in the past and have truly made a name for themselves. The indie electro four-piece released their third album ‘Build a Tower’ in May 2018 which saw them propelled into the mainstream with their dark yet sophisticated anthems.

Opening to an energetic blend of driving drums and infectious guitar licks, their single ‘All I hear’ builds through evocative verses and powerful choruses to a final heart stopping crescendo. “All I Hear is about a lack of agency and an inability to affect change. That there’s something happening, and you have no choice but to go along with it.” explains lead singer Aaron Starkie.

He continues: “it’s an indie/electro tune about not being informed on what’s really going on politically. It was written around the time that all the Brexit stuff was happening, and Boris was coming to power, and we just felt as if we were at odds with the rest of the universe.”

Throughout the album, the band explore a vast swathe of sonic territory, from the passionately delivered ‘All the Idols’ to the poppier tones of ‘Jericho’ that powers through with bright indie guitar riffs and an ethereally melodic chorus. This tune is a perfect example of the new highs they’ve reached during their search for international reverence.

“For better or for worse, we don’t sound exactly the same from one track to the next. Often when we are messing about in the practice room a random jam can make its way into a finished tune. Jericho is one of those. I think our fans have been quite surprised by it as it’s more light-hearted to something we’d normally put out.” commented Aaron Starkie.

Recorded at Parr Studios in Liverpool and produced by long-standing collaborator Phil Bulleyment, The Joy of The Return marks a significant change in their song writing process. Their extensive touring over 2018 allowed them to write and develop tracks and arrangements during soundchecks and even in the back of the tour bus.

“Last year was our first year as a full-time band, prior to that we were doing it around our full-time day jobs. A lot of the tunes started in soundchecks around Europe, there’s one on the album called Paris for example, which started life in a café we were playing at in Paris. It’s been good to write on the road and be influenced by the places you visit and the experiences you have.

“I think it’s definitely our most interesting and accomplished record musically,” says singer Aaron Starkie. “Lyrically the album covers love, alienation, the rise of right-wing populism and comments on algorithm driven propaganda. And as always, I try to deliver those lyrics with uplifting melody.”

Aaron goes on, saying: “We have high-hopes for the new record. People can just listen to it as a pure pop album, but the keener listeners will hear there are some references to the geo-political climate in there.”

Since their debut in 2011, they have truly honed and refined their sound by making it larger and more ambient than ever. They have certainly made their own niche in the indie scene after stepping into the big leagues with the likes of similar sounding bands such as Foals, New Order and Interpol. Their production and sound quality are really up there, represented through their upbeat choruses and thunderous riffs.

Aaron went on to talk about their songwriting process “We might kick off a tune with a riff by Kurtis on guitar, or myself with a prominent synth melody, or it could even be a simple drum beat or bassline. I’ll then ad-lib some vocals over the top and eventually form some proper lyrics, so it’s a very collaborative process.”

The dark and powerful indie tunes that defined their previous releases still hold a strong influence on this new record, with the brooding ‘No Surprise’ providing a huge dose of symbolic lyricism amid immersive soundscapes, while the captivating ‘Paris’ is an undulating exploration of observational songwriting and eclectic musicality.

The swelling arena sized ‘Zero Hour’ displays the enormity of their sound and sets the precedent for their exciting future, while ‘The Wait’ closes the album with a beautifully absorptive combination of atmospheric synths flipping the pace of the record on its head to intoxicating effect.

The announcement of the album comes on the back of another huge year for the band, which saw them play a mammoth 32 date European tour, and a number of completely sold out shows including London’s The Dome and two consecutive nights at Manchester’s The Ritz following the release of their critically acclaimed third album, Build A Tower. That same album entered the top 20 UK album chart list when it dropped, and they are hoping to replicate that success with their latest record.

If they can sell out the Albert Hall in Manchester just by word of mouth, you’re bound to see larger venues and festivals beckoning for their presence. They’re definitely a band to keep your eye on over the coming months, and with their UK and EU tour starting soon, 2020 is certainly looking like a huge year for them.

“The fans are so important to us. Our opportunities come from our fans really, and the more people that talk about us the more exposure we get on our social media and as a band in general. A big part of our success has been people telling their mates about us.”