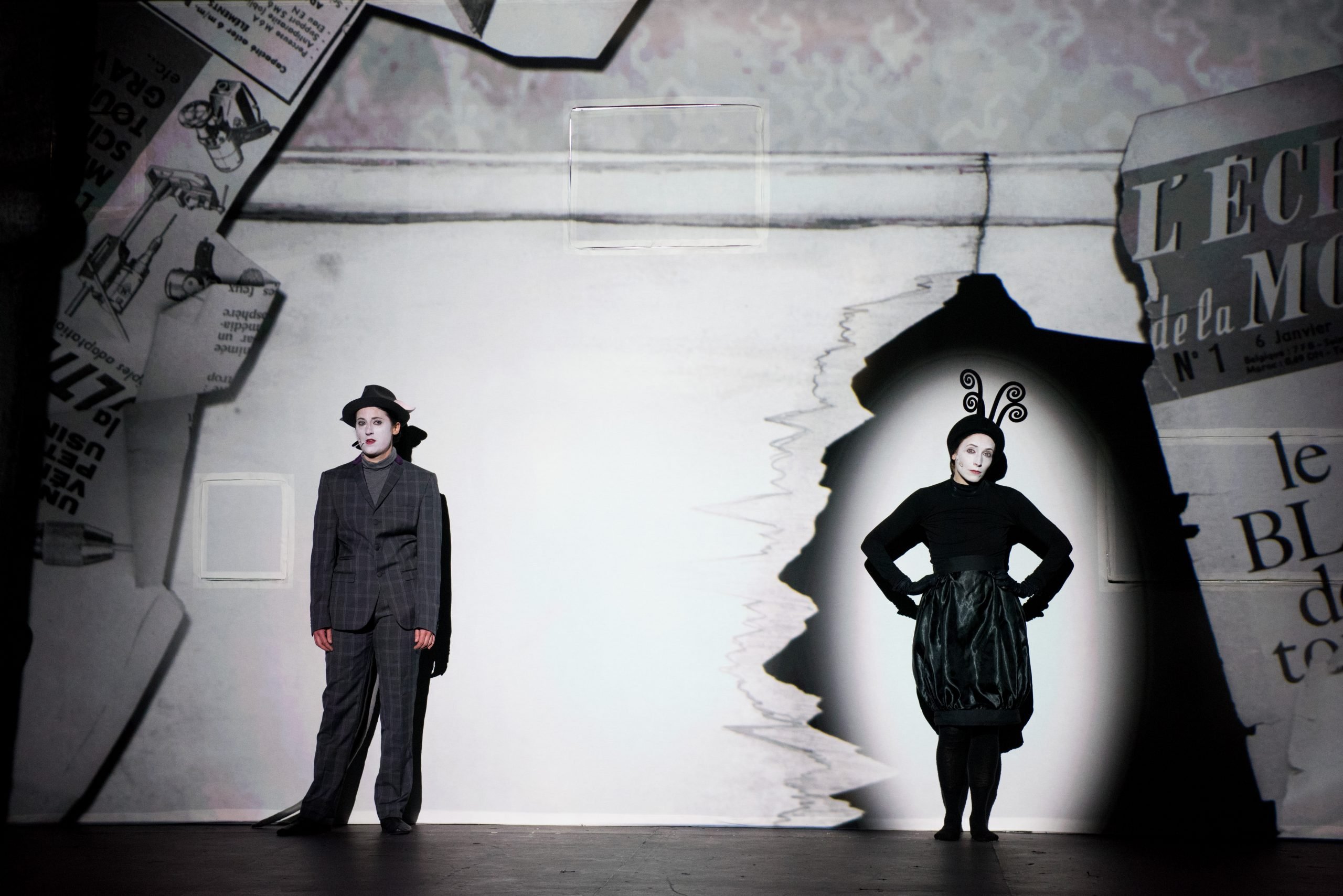 Described at the beginning of the performance as “a collection of folk jokes, anecdotes by anonymous authors, and stories from a simpler time…” that is indeed ostensibly what the show is. But it is also so much more than that.

The tales are told through a creative mix of theatre, narration, beautiful animation, and live music visibly performed on the sides of the stage by two multi-instrumentalists who played everything from actual musical instruments to donkey jaws and saws, often playing many at once, with extraordinary skill. The effect was an evocative and extremely atmospheric show that stays with you long after the rapturous applause at the end dies away.

The tales themselves were a weird and wonderful collection, as entertaining as they were morbid. It began with The Fat Cat, which was a kind of funny and prophetically gruesome game of “I Went to Paris and I Bought…” and included a jazz number performed in the bowels of hell. This beautifully set the tone for what followed, as the company rattled through a number of similarly dark and hilarious vignettes, from Two Fish with a beautifully-timed, bring-the-house-down one liner, and Patient Griselda about a “genitally blessed” immensely paranoid king.

Perhaps my favourite of the stories was An Ant Found a Penny, which featured an impossibly cool Gallic ant, all 1960s and Brigitte Bardotish, and is told in French with subtitles to great effect. I’ve never before been jealous of how stylish an ant is. (Ok, three times before).

Much Ado About Vodka

Impeccably performed with precise timing, real style and gallons of creativity, this is a celebration of the power of imagination and storytelling, as well as a demonstration of the impact of effective imagery.

Roots is currently playing at The Old Market, Hove, and is on until Saturday 18th January.