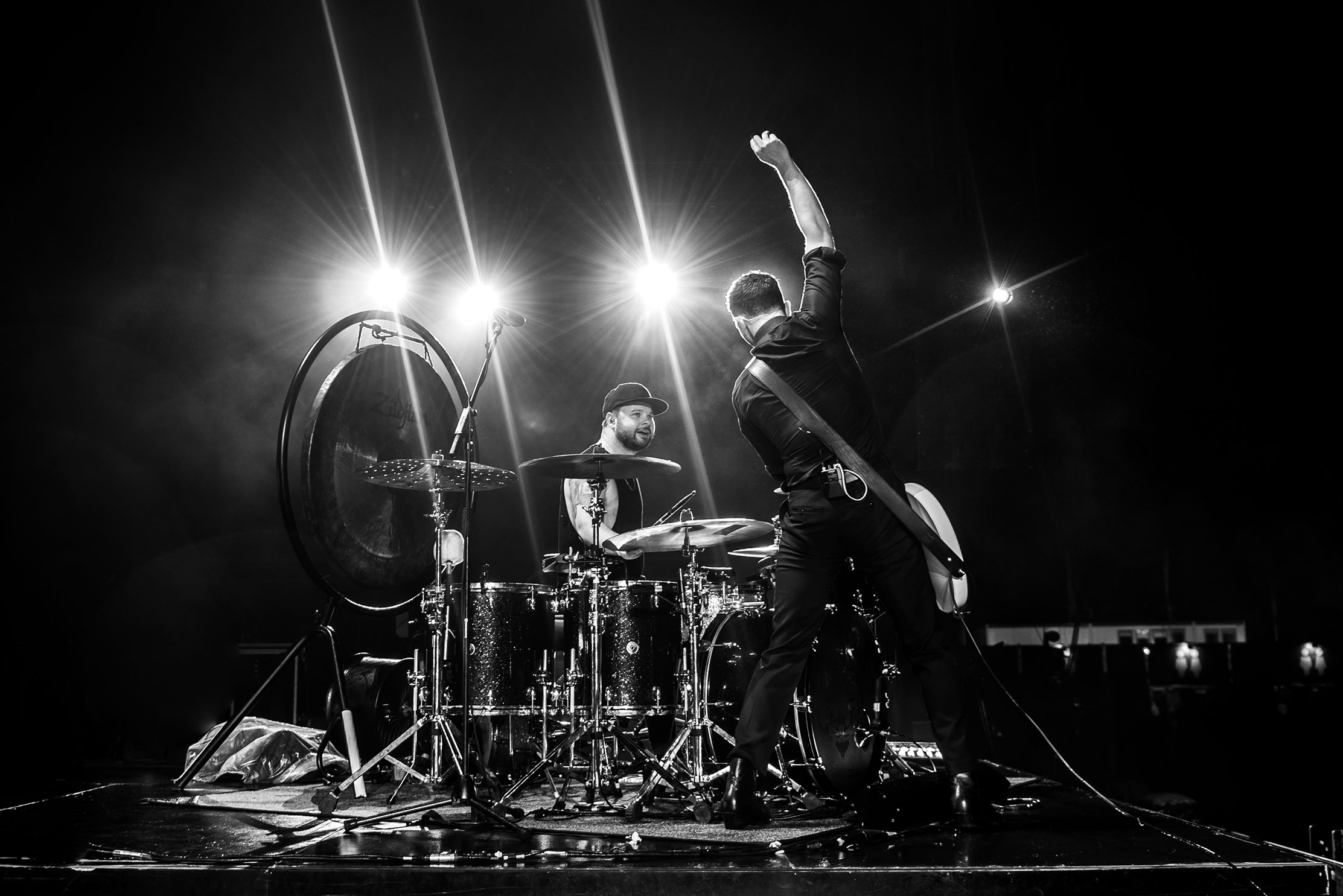 Having last played a full UK show at the Leeds Festival in August 2019, Royal Blood will be making up for lost time as they announce details of four special intimate summer headline shows.

Starting in Bristol in a little over a fortnight, the shows are the duo’s first in almost two years, and also their first since the release of their critically acclaimed #1 album ‘Typhoons’ earlier this year.

The new shows extend Royal Blood’s upcoming touring plans, having already announced that they will headline the Tramlines and Victorious Festival. It comes after they completed a thrilling show at Brighton Pier part of Radio 1’s Big Weekend of Live Music 2021, which featured a selection of Typhoons tracks alongside firm fan favourites such as Out Of The Black.

Fans who pre-ordered Typhoons from the band’s official store will automatically be sent a code to access to a pre-sale for the tour, which opens today.  The general sale will then open at 9am on Fri 9 July,with tickets available here. Support on all four new shows comes from Brighton’s Tigercub.

2022 will see Royal Blood return to the road in gargantuan style. They will embark upon their biggest European tour to date in March before they return home to the UK for a run of huge arena shows, including the largest gig of their career at London’s The O2 =. Remaining tickets are available here.

The Amazons will support at all shows throughout March and April.

The success of Typhoons heralds an exciting new era for Royal Blood, who are firmly established as one of rock’s biggest and most vital bands. The Brighton duo have completed a phenomenal hat-trick in which all three of their studio albums have immediately topped the UK album charts, a streak that commenced with their self-titled debut (2014) and then How Did We Get So Dark? (2017). To date, they have achieved 2 million global sales, and won the BRIT Award for Best British Group, two NME Awards and a Kerrang! Award. Their debut album was also nominated for the Mercury Prize.

Also hitting the Top 10 in the USA and Canada, everything about the Typhoons campaign has elevated Royal Blood’s status as one of the leading lights in the international rock scene. Meanwhile the critical consensus has praised their ability to add a fresh element to their sound without losing the visceral energy that first made them such an engaging prospect.