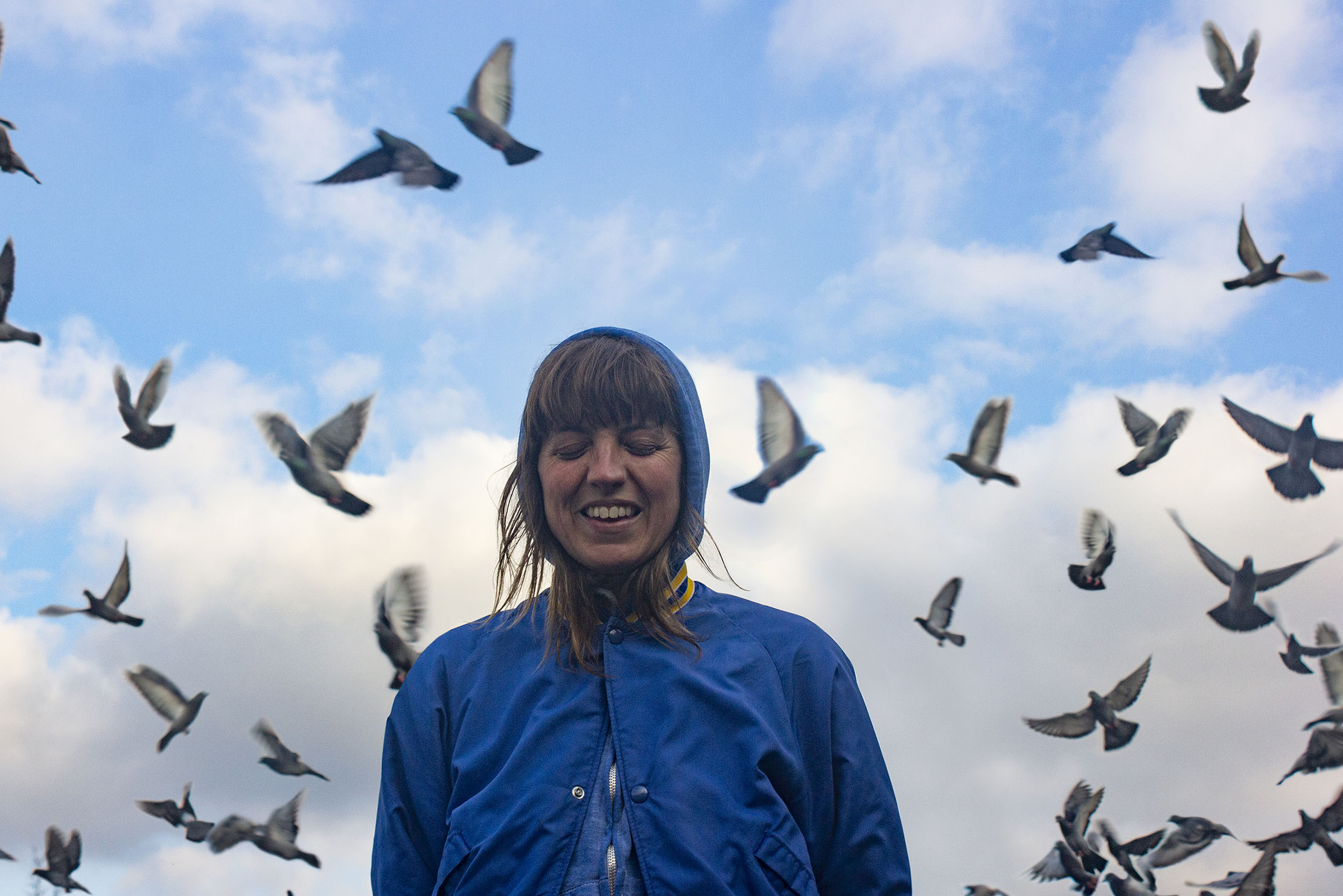 I have to wait to talk to Rozi Plain as she has just bumped into friends when I call, she says: “how would this be in 20 minutes?” This is a clue to Rozi’s artistic process, there is an improvised playfulness, a ‘let’s pose that question again and see if we get a different result.’

She is between shows when we catch up, getting ready to tour her fifth solo album What a Boost, due to be released on Fri 5 April. The album takes its title from the magic of catching a street lamp turn on. “What a boost when you see it!” she enthuses, this is captured on video for her first single Symmetrical. The title features as a lyric on the eighth track Trouble, repeated over and over like a self-affirmation, willing things to get better.

Rozi’s style is variously described as folk-rock and art-pop, and she has been compared vocally to Bjork. The haunting harmonies are reminiscent of early Stina Nordenstam and there’s a jazzy sound to the album with its repetitive guitar patterns. She has cited Ethiopian jazz musician Hailu Mergia, as “a heavy influence” admiring the drumbeats and weird rhythms.

What a Boost is full of nostalgia, ‘hiraeth’ as it’s known in Welsh, a feeling of longing for home. This may in part be because she spent so much time on the road while recording it, playing guitar for This is the Kit. “I often find myself writing about rooms, spaces and houses and what that means when you’re moving around a lot. I feel I’m on some constant search for home.”

Conditions, the second single release, is breezy andcosmic with whooshing effects made on a Roland Jupiter synth found in a friend’s loft. “It’s about hunting for drafts in a well-insulated house, finding faults in a too-perfect world,” Rozi says. In this case, a past
relationship where she was willing there to be problems.

The track ends with Alabaster dePlume’s saxophone and Rozi finds it surprising and funny that the saxophone can only play one note at a time. This is key to her unique style, stripping things down and playing them over in an almost incantatory way to find a deeper sound. “Lyrically I like whittling things down. I like things being a bit
ambiguous.”

Rozi Plain launches her What a Boost album at Resident Music on Fri 5 April, then plays The Hope & Ruin on Weds 24 April.