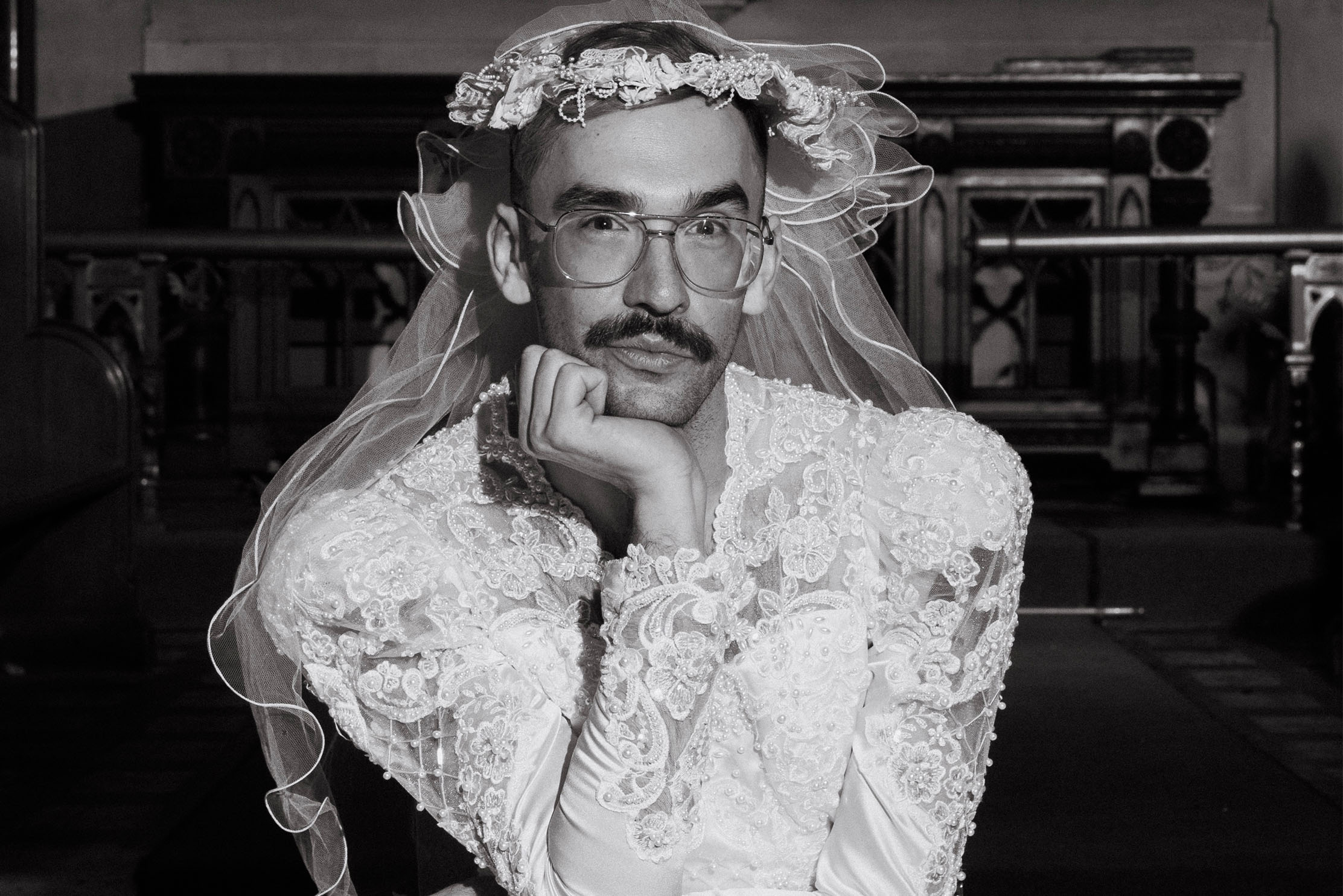 Harry Clayton-Wright is an entertainer, performer, artist, and all-round mischief maker from Blackpool. He wrote the stage show Sex Education, an 18+ show that explores how we learn about sex and how it shapes our lives, especially in our younger years. Delivered with upbeat positivity and a real sense of flair that made him the international touring success, Harry delves into his sexual past and focuses on how he first discovered the horizontal hokey-pokey in a coming-of-age style origin story on stage.

Coming to the Attenborough Centre for Creative Arts (ACCA) on Tues 10 March, the one-hour show does contain some explicit sexual content as well as nudity but remains extraordinarily funny, moving and charming. It’s considered a very powerful performance that advocates for LGBTQ+ rights and sex education. 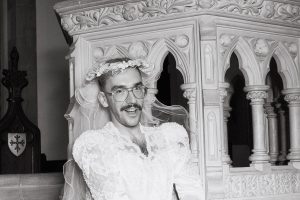 The play tells a very saucy narrative all without missing a comic or emotional beat and urges us all to connect and be accepting of one another. If you’re someone who has a very distinct idea about the type of comedy you like, this show will be ticking just about every one of those boxes.

We manage to fire a few questions at Clayton-Wright, before he brings this compelling work to Brighton.

How did your work evolve into its present form?

The initial idea came in September 2015 when I was working through the sexual experiences I’ve lived: The good, the bad and everything in between. Exploring how we learn about sex and how it shapes our lives, specifically in relation to our parents, I decided to interview my Mum and finally have the chat about sex as it was something we never spoke about. Working with that audio and rediscovering the gay porn that my dad bought for me when I was 14 years old, I spent time with the show’s director Brian Lobel to piece it all together. There was a lot of material, so it was about honing it and weaving the magic theatrical thread to bring it all together. After those years of work, Sex Education premiered at Brighton Fringe in May 2017 where, rather beautifully, it won an award in its first season. I spent two years further massaging that material and gaining the confidence/saving the money to take the show to Edinburgh in 2019 where it did wonderful things. A nomination for a Total Theatre Award, winning the Melbourne Fringe Award to support bringing the show over later this year, some wonderful reviews, great audiences, opportunities to take the show to exciting new places and providing the opportunity to have some really special conversations with the audiences who came to see the show. I’m so excited to be performing the show at ACCA. The show was first performed in Brighton so to bring it back now it’s had the work and it’s way more lived in and complete will feel so special. Also, it’s going to look so beautiful in that amazing space! I can’t wait.

Do you think there needs to be a reassessment of how sex education is taught to younger people?

Some amazing sex education teachers have come to the show and I’m aware there are people and organisations doing excellent work, but from their admission that isn’t universal. I think we all have to do the work in eradicating the shame of talking about sex, so we can look after the safety of each other and promote pleasure as a good thing and that’s not just for young people but for the vast majority of us who’ve had such poor sex education in our lives. I ask in the show, “Did anyone here have good sex education?” and always, the silence across the board speaks volumes.

Being a strong LGBTQ+ advocate, how empowering is discussing equality and homosexuality in your work?

My work is inherently queer because I’m making it. I try to push myself and my boundaries in the hope that what I do can subsequently empower others to do the same. In terms of advocacy, it’s really important for me to do what I can with the platform I have because it’s not as if things are sunshine, lollipops and rainbows at the moment given where we’re at politically. Figures show that hate crimes against LGBTQ+ people have risen across the board. The trans community is being demonised, vilified and mercilessly harassed in the media and the rates of hate crimes against trans people has increased by 37%. LGBTQ+ youth are four times more likely to self-harm. These are alarming and horrible statistics, and the more you look the the more you realise there are real world consequences for constantly debating the validity of our existence, not giving LGBTQ+ people the proper platforms and representation, and providing early education that normalises who we are both to ourselves and also the world around us.

If you were to cast your mind back to your 14 year old self whose eyes have just been opened to the world of sex, did you ever imagine you would be writing a play about it and performing it to the world?

When you’re 14 and coming to terms with who you are, there’s just way too much to figure out. However cocky you are as a teenager, you don’t fully know yourself until you’ve had some proper lived experience under your belt. Young Harry would have felt such a massive kick to know that they’d written and developed a piece of theatre, but they wouldn’t have had the confidence to be so vulnerable in writing a show like this. As an aside, the show just played Sydney Mardi Gras and even 31 year old me now finds that unfathomable, even though it just happened! 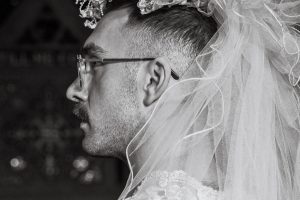 Who and what inspired you to become a stage performer and start writing?

I was incredibly inspired by the likes of Pee-wee Herman and Kenny Everett. Eccentric mavericks who marched to the beat of their own drum and through sheer tenacity and brilliance took their work to such an incredible scale that their weirdnesses and quirks were elevated and celebrated.

The show really doesn’t hold anything back in terms of the taboos of this day and age, was there any sexual subject that you refused to mention in the script?

When making the show, I wanted to test the lines of how explicit and honest you can be. I’m very exposed, metaphorically and sometimes quite literally. I make myself very vulnerable, but that’s how such a deep connection with the audience is forged. It’s real and it’s raw and it’s tender, but it’s also a hell of a lot of fun.

Your work is often praised as being uniquely insightful – particularly into elements of LGBT+ culture – does that add pressure and a feeling of responsibility?

The show deals with my lived experience and it opens the topic out to further conversation with some of my friends and also the audience because there’s no way I can speak for everyone. We all have our own stories to tell and journeys in regards to the way that our parents spoke to us (or didn’t) about sex which is so incredibly interesting to me. I think the pressure I feel is wanting to make good work that helps me process the world around me, that can provide reflection to the audience, pushes boundaries, makes you think, but also provides people with a damn good time. I love to entertain.

What will we be seeing you in next? What other projects do you have coming up?

Sex Education tours throughout this year. I’ve started writing and working on a second theatre show, which will have its first period of development over June and July. Plus, I’d really enjoy and feel I could do with a lovely holiday, or at least a staycation, so you’ll probably find me on Brighton nude beach this summer. I’ll see you there!