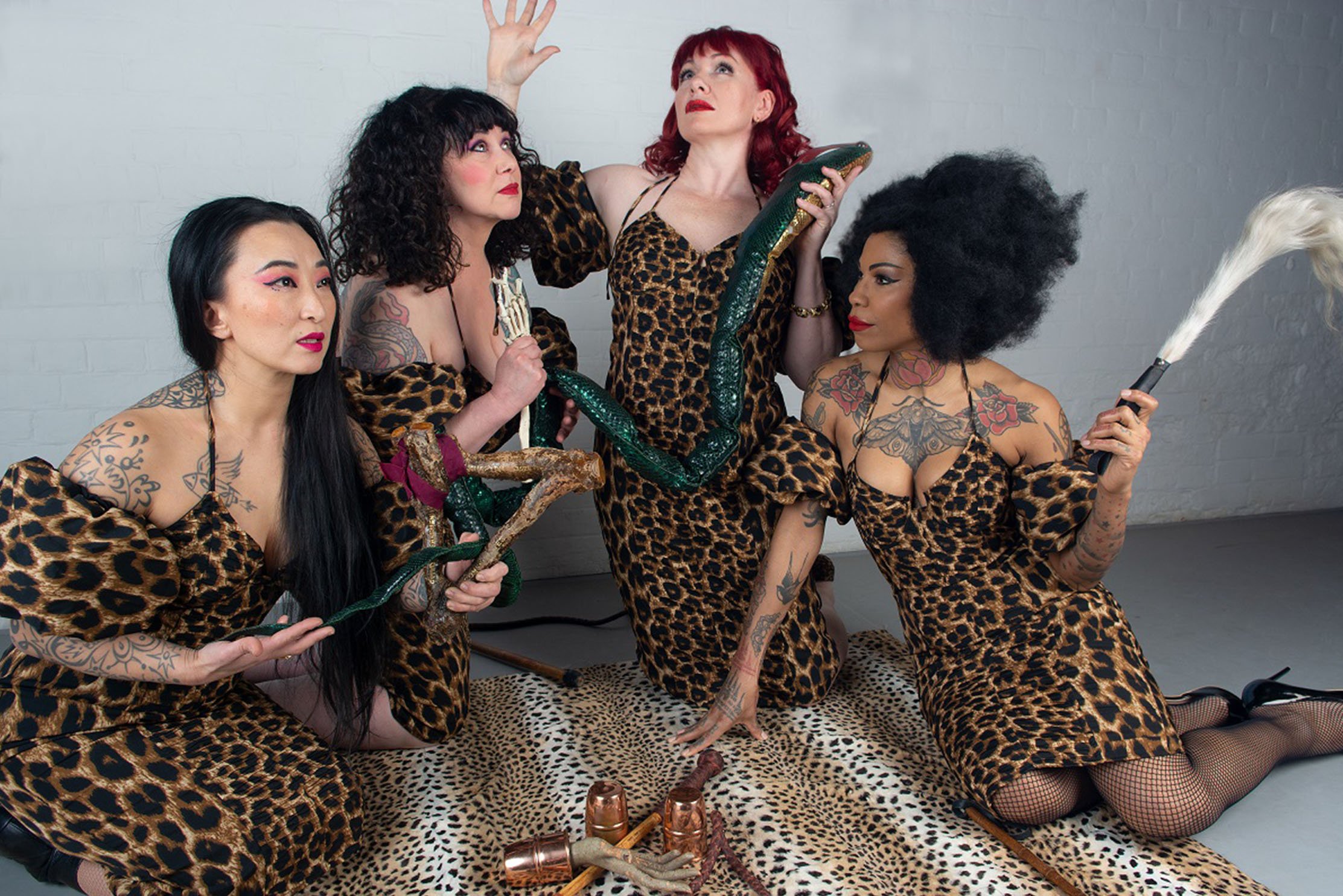 The spectacular new show from Olivier award-winning performance maker Marisa Carnesky is a feminist rewrite. Showwomen tells the untold herstory of British working-class entertainment from immigrant, queer, activist and occult perspectives. As it comes to Brighton’s Attenborough Centre for the Creative Arts on Fri 27 – Sat 28 May, this extraordinary artist took some time to tells us about the work.

Showwomen is a brand-new major piece for my company – the first big new work since 2017. It’s rooted in British seaside cultural heritage, but not the culture you might be familiar with. I did the research at the National Circus and Fairground Archive under the supervision of Professor Vanessa Toulmin who guided me through the archive and introduced me to stories and images of lesser-known stars of variety from a century ago. Women who had slipped through the pages of time, largely undocumented and forgotten. At the archive people deposit some extraordinary things, like the Lulu Adams collection, that could have easily been thrown away, but luckily found its way to safety there for the future of circus and feminist researchers like me. Professor Vanessa thinks Lulu may have been the first ever woman clown, and it is amazing to me that this is so unknown. Lulu’s business card, which is part of the collection, shows that she lived in Grand Parade, Brighton, and an ambition of mine is to get a blue plaque up for her in the near future.

Legendary hair hanging cabaret superstar Fancy Chance channels the story of Miss LaLa, the woman who inspired possibly the most famous circus painting of all time: Miss LaLa at The Circus Fernando by Degas. She was an extraordinary circus star that did death defying stunts. She was a Black woman and yet this is a relatively unknown fact and there remains little information about her or books, films or plays that embody her legacy.

Amazing sword and spoken word artist Livia Kojo Alour explores the pre-war performer Koringa, who hypnotised crocodiles and climbed a ladder of swords. Koringa performed across the UK including Brighton. I did a talk about Koringa for the Posh Club, a fun lunch event for seniors curated by Duckie at The King Alfred Leisure Centre. A very dapper gentleman in his 90’s known as the Count came up to me and said he had known her. I planned to interview him but by the time I went to arrange the meeting I found out he had very sadly passed away. I was very sad I had missed his story. His obituary appeared in the Argus and it turned out he was Ralph Harvey, a high pagan priest of Sussex. I wondered if Koringa had also been a practicing witch, but now will never know.

Cult fire artist Lucifire explores the story of the late Leeds based UK Western skills performer Florence Shufflebottom who was known as the Annie Oakley of the North, working right through until the 1960s. We explore their stories in comparison to ours whilst staging the amazing skills and performances that unite us. We seek to embody these long forgotten marginalised entertainers from times gone by, to thrilling effect. Old entertainment meets radical performance art in a show that aims to thrill and challenge the patriarchy all at the same time.

Marisa Carnesky’s Showwomen comes to the Attenborough Centre for the Creative Arts on Fri 27 – Sat 28 May, as part of Brighton Fringe 2022, before continuing its national tour until Sat 23 July.