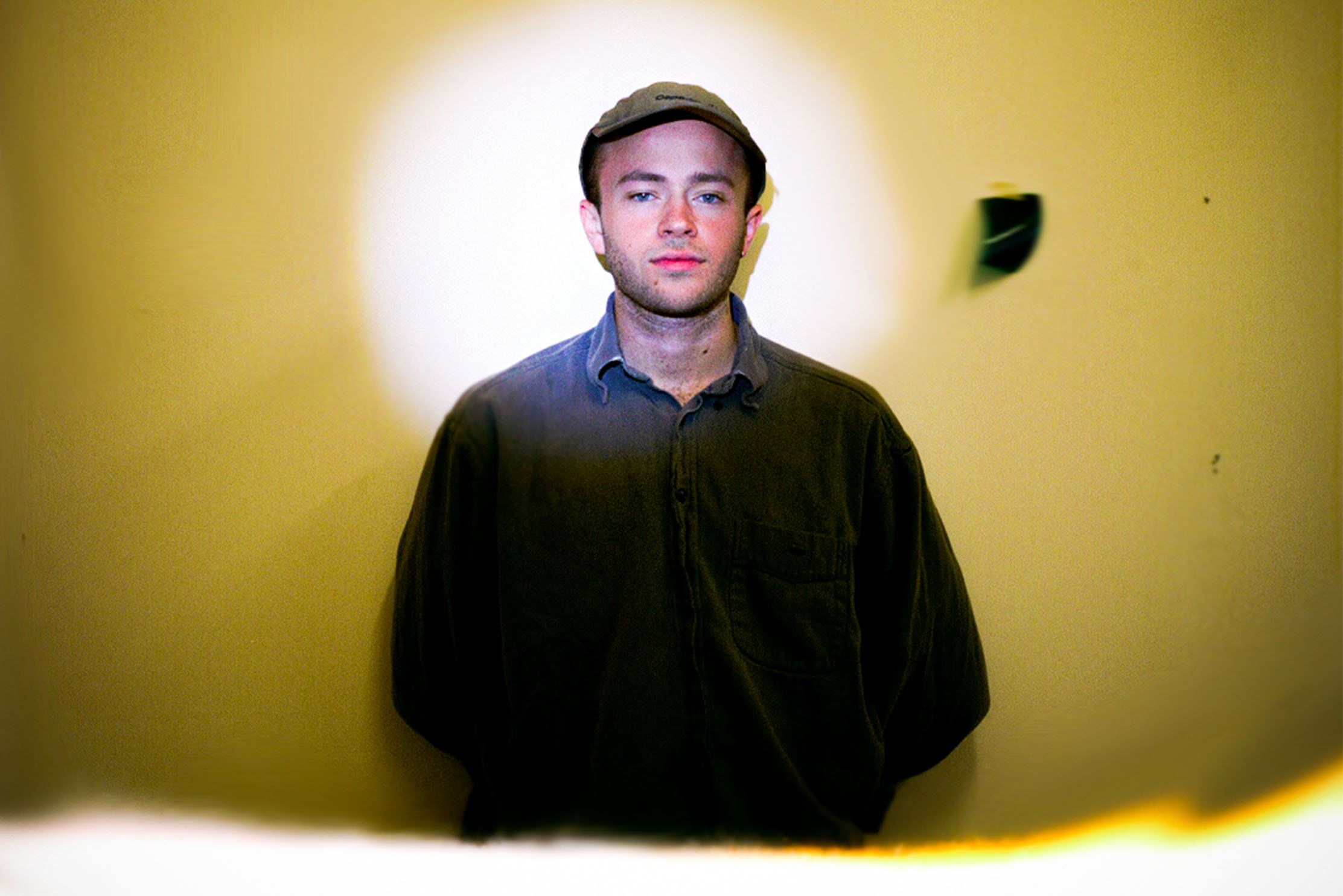 SHRINK, aka Sam Breathwick, made his debut last month with the breakout single Drowning. It saw him paired with a flame-engulfing video directed by the innovative ethan + tom, and gaining enthusiastic support from tastemakers Abbie McCarthy and Phil Taggert.

Now, he’s followed it up with the release of a bold and compelling self-tiled debut EP. Eraser is the most important and lyrically meaningful track on the record for Sam, which was mostly written about and from the perspective of his brother’s experiences around mental health and the unconditional love his mother offered.

The track’s hypnotic rhythm pulls you in with a slow acoustics and lively bass, alongside Breathwick‘s captivating vocals and telling lyrics of what it’s like to see someone you love become someone different.

SHRINK takes the standout qualities of King Krule, Beach Fossils, and Yellow Days, and completely makes them his own, and has a musical maturity that foretells many more exciting things to come.

Born in Tooting, living in Singapore, Germany, and settling in Kent’s Sevenoaks, the half-German / half-British musician is proud of his mixed-heritage and encompasses this in his creative process where possible.

Producing his music in a Tottenham-based studio, he has already made a name for himself as the hotly-tipped producer Vasser who got the attention of Notion, Clash, Line Of Best Fit, Complex, and more, and has gained millions of listens on Spotify.

As well as SHRINK, Sam continues to collaborate with the likes of Connie Constance on the rippling Monty Python, the opening tracks from NAYANA IZ’s explosive EP SMOKE & FLY, Sam Akrpo, Scuti and Sunken

With SHRINKS eponymous debut EP dropping last week, we caught up with Breathwick to find out more about this compelling talent.

Your debut EP is now out. What can you tell us about its production? Does it feel like the first major milestone in your career as SHRINK?
I produced it largely in my old studio which was a pretty basic setup – DI guitars, drum loops, Shure SM7. But I fleshed some of the tunes out with my friends who had a lot more gear than me. I wrote the majority of it about my brother who was going through some mental health struggles at the time. I feel very proud of the songs and feel like they accurately represent how/what I went through at the time.
There’s a comforting and intimate late night soul aspect to much of your music. Was this always intentional?
I tend to write well just before I go to sleep, especially lyrics, so that’s probably worked its way into the music somehow. I also generally operate best in the evenings and am very much a late riser.

Does song-writing provide catharsis for you, and help put the world into perspective for others?
Yeah. I’d say apart from friends it’s one of the first things I turn to when I’m involved in or going through some sort of trouble, its very satisfying to be able to create something out of experiences and emotions and I can’t see myself stopping doing that.

Quickfire with One Eyed Jacks

Does producing your own music create for a faster and more satisfying workflow? It must be weird for artists to have their songs dismantled and reformed by a relative stranger…
I’d say the opposite actually, producing and writing tends to go well together however they can distract one from another. I find that they are two separate headspaces and if you try to focus on both at the same time you can lose momentum of the song. I find generally that writing the song out then producing can work well. Mixing this project proved to be the most challenging part and I probably will try to avoid it next time round, I think theres a risk of losing the love you have of the songs.
You’ve worked with some similarly exciting artists. Has their individuality informed your own music?
In some ways, I find it taught me a lot in production and to properly finish songs. Before I produced for other people I had a big problem with not finishing ideas, but working with deadlines and other peoples workflows showed me that its the most important part of the process for sure.
Can music be used as a tool to create a specific emotion, or do different people take different things away from compositions?
I think it can definitely be used to create a specific emotion, and I think that can be by intention of the artist as well. I think some of my favourite artists have a very clear way of expressing their emotions, Elliot Smith for example. At the same time, it is entirely down to the listener to take whatever they want away from that.
Many of your compositions have an intimately and evocative cinematic feel. Would you consider writing scores for TV or film?
Absolutely, some of my friends do it and it looks really enjoyable. I like the idea of making something to suit or express something else – not just the music being the focal point. I’d love to score a film someday.