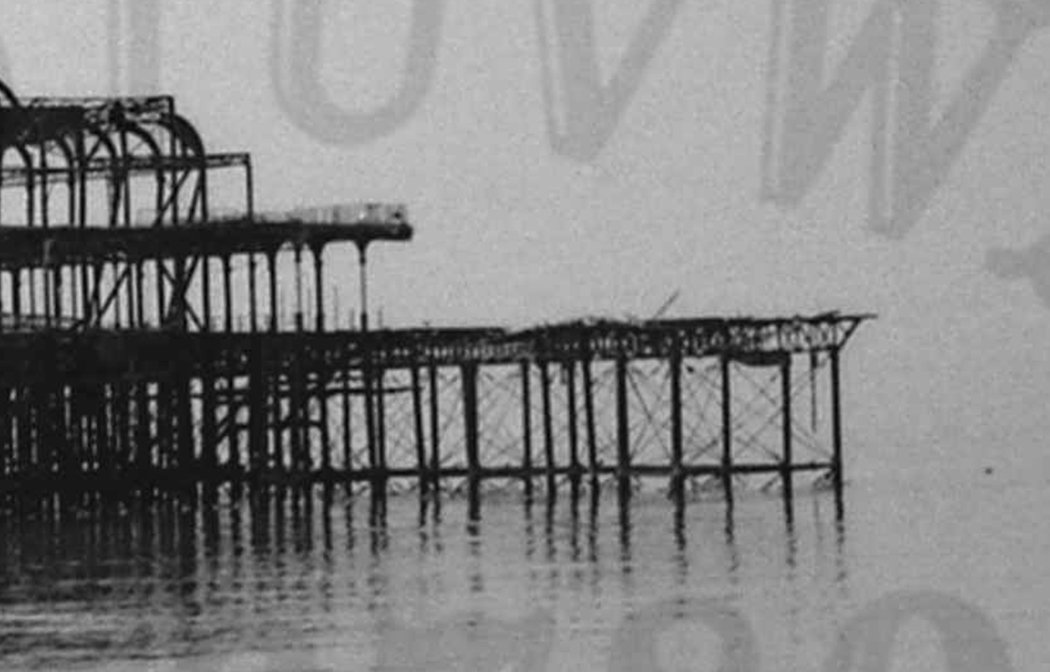 Halloween is upon us, and what better time to shine a mist drenched gaslight on a somewhat reclusive local writer of paranormal fiction and arguably his creepiest creation to date, The Mischief Maker; a Brighton set ghost story with a hell of a hook.

Its writer, Simon Maree, a proud Hove resident, is something of an authority on spooks and spectres of the non-fictional variety, having studied Paganism, the Occult and even demonology for decades.

The book itself is the deceptively simple tale of a poltergeist haunting that takes place in a regular, non-descript two storey semi-detached house on a fictional Brighton street that intersects Kingsway somewhere near the Palace Pier. What sets it apart from other ghost stories is the fact that it is told from the point of view, and narrated by, the entity in question. Joe (as he calls himself in honour of his hero, Joe Strummer) is not some all-knowing, omnipotent, malevolent force of darkness. In fact, he is bored, opiniated, often over emotional, a wee bit ADHD and more than a little confused about his role in the greater scheme of things. He also happens to be falling in love with his latest charge, the feisty teenaged Harriet, and this sends his already considerable levels of existential angst spiralling wildly off the EMF metre. During the course of the story, it becomes clear that even Joe isn’t sure exactly what he is or why he’s here, any more than any of us mortals are.

Joe’s story is, in turns, rather disturbing, hysterically funny and desperately, desperately melancholy, as he tries to impress, and even nurture Harriet, eventually being forced to protect her against something a lot darker and more frightening than himself.

The book is loaded with pop culture references (Joe is surprisingly knowledgeable and highly opiniated on any number of mundane subjects ranging from eighties electronic music through the works of Hunter S Thompson to Tarantino movies), Easter eggs relating to real life poltergeist cases and thought-provoking theories on the nature of spirituality, the paranormal and the transference of energy in general. Its downbeat finale is more of an open question than an ending, and it leaves the reader howling for more. If ever a novel merited a sequel, it is The Mischief Maker, although we may be disappointed for now at least, as Maree says he has no plans to resurrect (pun intended) Joe in the near future.

A review of The Mischief Maker has called it ‘A Screwtape Letters for the punk generation’, but this writer feels that it owes just as much to Wilde’s Canterville Ghost, Clive Barker’s The Yattering and Jack and even Terry Pratchett and Neil Gaiman’s Good Omens. High praise indeed, but Maree really deserves for this highly original little slice of terror.

For more information, or to purchase a Mischief Maker of your very own, go to www.gumboyaya.co.uk or your local book retailer.

ABOUT US
BN1 Magazine is the leading source of entertainment and lifestyle news in Brighton & Hove. From comedy and theatre to clubbing, music and festival line-ups, we cover a range of events across Sussex and beyond. We can help you find a fabulous vegetarian restaurant, catch an amazing new band at The Great Escape and see a hypnotising performance at Brighton Fringe. Sometimes all in the same weekend… Whether you’re a student and new in town, trying to pack plenty of family fun into a visit or a local planning a massive night out, we’ll tell you everything you need to know. From pubs and bars to art and shopping, it’s time to kiss those lonely blues away in one of the world’s most interesting cities.
FOLLOW US
© Copyright 2019 BN1 Magazine. All Rights Reserved. > Privacy Policy
MORE STORIES
COMPETITIONS