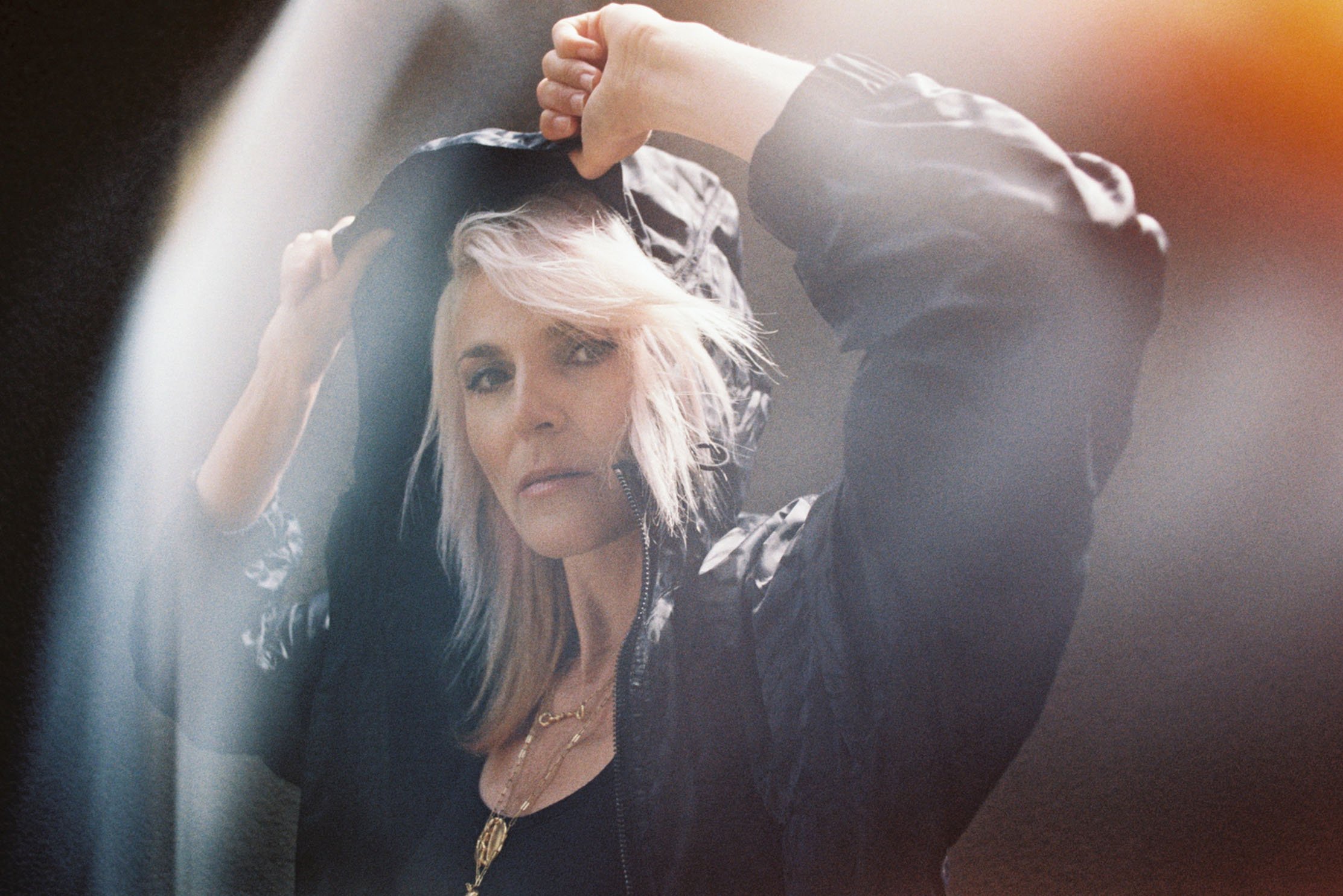 For nearly all of us, 2020 has been a leveller. We’ve formed new links with communities, learned to be more patient and reassessed our lives. Similarly, superstar DJ, composer, Brighton Music Conference keynote speaker and Faithless founding member, Sister Bliss, has been a typical lockdown person, attending to home schooling during lockdown and wondering how it will affect her career. “Lots of it was good, in that we had a routine,” she tells me. “There’s lots of blessings. But it’s been difficult to work. I’ve lost every single show I’ve had booked from the end of March. It was quite a shock to the system, but I’m quite philosophical about it. Thank God it wasn’t my first summer.”

The enforced time indoors has been incredibly productive though. Against the backdrop of an evaporated British night-time economy, her band are releasing All Blessed, their first album in a decade. Even for a seasoned professional, that’s a scary prospect. There’s unlikely to be a tour to support the record, at least for the foreseeable future. It might be their first release in the age of streaming, but for Sister Bliss the lack of live shows is disconcerting. “I love making music, and it’s a privilege to still make albums, but it’s when performing, DJing and playing live, that’s when you make that connection and it all makes sense. You see people’s faces and feel their experience of the music, all of that is missing.” It’s a complicated process. Tours are booked months in advance, and pre-production requires a considerable outlay, planning and rehearsing – especially for the size of shows Faithless are used to playing.

Unfortunately, it’s a too-familiar story. In the run up to a performance, if even one person in the band or crew gets ill it can have a domino effect. Until a viable way to stage risk-free shows is found, the live music and club scenes will remain not only in a state of paralysis but threatened with years of recovery. “Everyone I’m surrounded by works their backsides off to make the most incredible events – whether they build sets, lighting designers, production managers, tour managers, riggers, or guitar techs, there’s a huge swathe of our industry who are completely blindsided by this and unsupported. Many haven’t been able to be furloughed. It’s from top to bottom.” Unfortunately, it took a crisis to reveal the chronic under-valuation of the entertainment and performing arts industry. 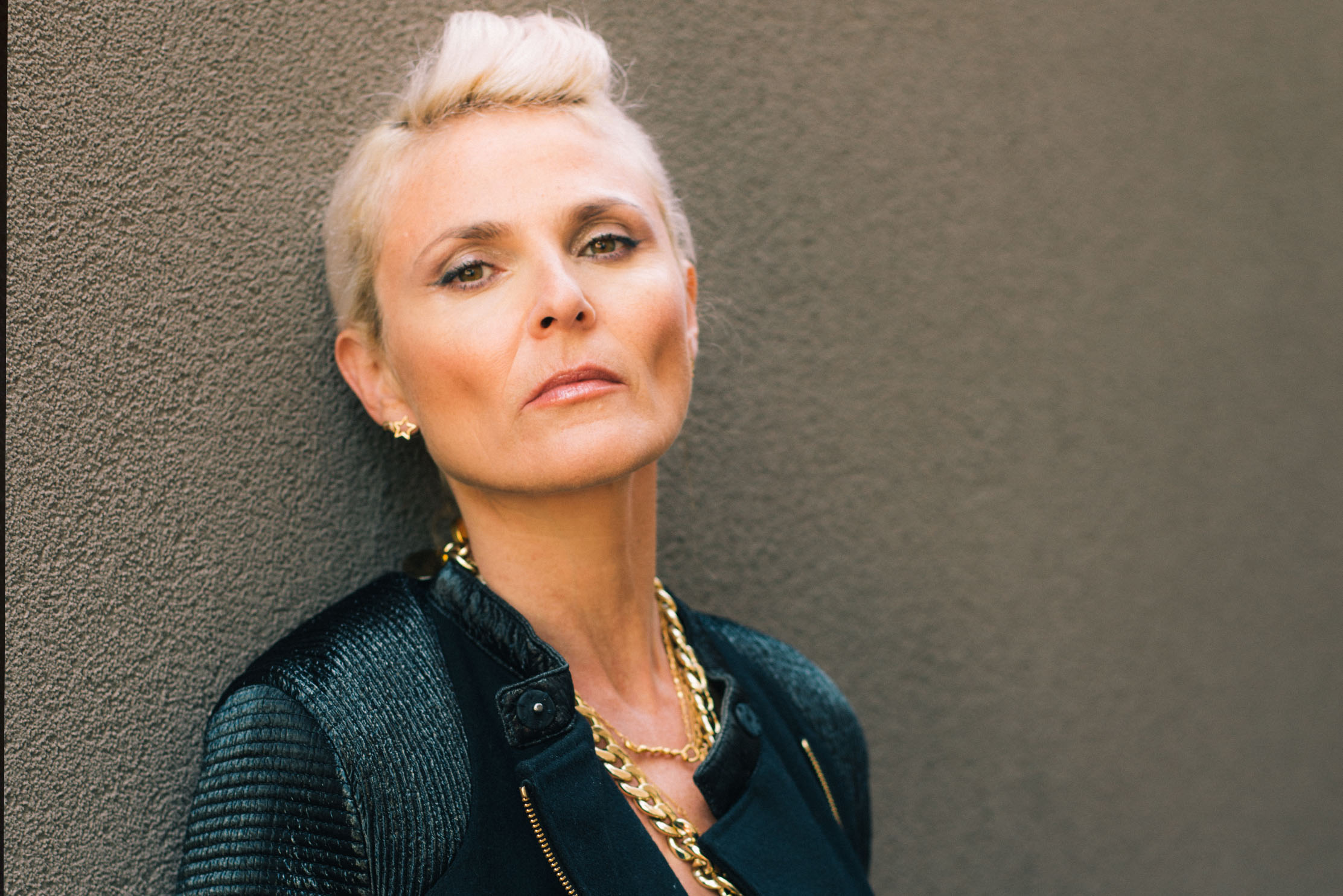 Sister Bliss has been talking about this problem for quite a while. And the present attitude towards the night-time industry is extraordinarily short-sighted, as it brings huge amounts to the economy, financially and culturally. One reason for the Government’s stance could be the perception of music being a youth-orientated culture. “There’s plenty of unsupportive policies towards the youth of this nation. Particularly with the decimation of youth clubs. Things like arts or sport give people so much. They’ve saved so many people… and saved me in lots of different ways. I can’t help thinking it’s part of a lack of understanding or acknowledgment of what young people want to become – fully fledged brilliant contributors to their community.” The difficulties of reopening clubs are manifold, and in dire need of coherent Government policy and an industry wide strategy.

It’s likely that Brighton Music Conference (BMC) will be more vital for the industry than ever, when it returns on Thurs 1 – Fri 2 Oct. Now redesigned as an online only event, with free virtual passes available to everyone, Sister Bliss is set to give a keynote address to delegates. “I think it’s very important for the industry that we recognise each other,” she says. “I’m a punter as well as a DJ. I love to go out and hear new music, and I feel properly heartbroken that our culture is in peril. Getting together means we’re putting our minds together, as well as our hearts and passion.” Like most DJs and producers, she’s turned her passion into a livelihood, which is an extraordinary thing. Since it started, BMC has reflected that DJing and club culture is now aspirational, not just something you do in your bedroom and hope for the best. It’s an economically viable profession. It may have started underground, like most phenomenon, policed and legislated against (something which may return), but now it offers true global reach for its finest exponents.

You hear dance music everywhere, in adverts and over film soundtracks, often in a markedly different context to what it was designed for. “It is an export. It’s a powerful global industry. I work all over the world, but I have tax to pay. So, the living I make brings benefit to this country.” Like so many artists, Sister Bliss losing bookings due to Covid has meant that lost tax hasn’t gone towards building schools, repairing roads or paying for the health system. “There’s a fairly obvious connections here, and it seems the Government have not recognised our industry. Maybe that’s a problem within the industry, that we’ve not totally had a voice. But now Brighton is another important date to bring the industry together.” BMC offers a chance for a sense of unity amongst dance music. She says she feels quite worried for her comrades in the industry, highlighting that some are often only a few gigs away from destitution. “People think DJs gad about and have a ridiculous life, and some do, but when the work dries up it’s very frightening.”

As the album’s title might suggest, she feels blessed that Faithless are releasing something to an audience that are passionate about the band. It is something of a revelation, especially for people only familiar with their stadium-friendly bangers like God Is A DJ, We Come 1 and Insomnia. This is an intimate affair, which exudes warmth and thoughtfulness. Across 12 immaculately produced tracks, it seems like an entire festival weekend, crammed onto a single album and taking a long look at the human condition. Featuring stunning collaborations with LSK, Gaika, Damien Jurado, Suli Breaks, Jazzie B and Caleb Femi, it offers a little bit of hope and understanding for a troubled time. “We need empathy. Only by valuing our relationships with each other will we be able to move forward and create stronger communities and awareness… and save the planet we’re living on. It sounds like big subject to be covering, but the album touches on all of those.”

She’s justifiably proud of All Blessed and it’s cinematic coherence. People might say ‘the album’ is dead in this era of playlists, but as they were working on it, bringing in that incredible range of singers, songwriters and poets, an undeniable narrative started emerging. “We woke up to the privilege of being a band that have some sort of currency in the world of albums. People do still listen to albums from end to end. It needed that time to unfurl and let ideas to just hang in that space. Everything is such a rush, even for us doing three-minute edits of singles sometimes cuts out the enjoyment of what the song is. Faithless have always belonged to the tradition of delayed gratification, where tension is built within the music. Sister Bliss freely admits to loving music which is hypnotic, holding up her love of Underworld’s first album as a prime example. All Blessed certainly offers several parallels with the band’s early work, allowing its arrangements to unfurl and build, instead of rushing through each section.

She realises the way people listen to music has changed. There’s an attention deficit, where tracks are only given two minutes of attention, before the next is sought. “We’re hoping if people stay with the album, and it’s compelling enough, it will reveal itself and be more affecting and have a deeper experience that way.” In an ideal world, the Venn diagram of arranging an album, creating an engaging DJ mix and directing a film are an almost perfect circle. Each should ebb and flow, building, teasing and delivering. As a complete work, All Blessed is thoroughly cinematic and beguiling “It is a bit widescreen. The point with Faithless, is taking things to a different world. Sometimes you get into a real groove, then we want to change it and take you through another door of perception.”

While it shifts through moods and styles, Faithless realised the benefit of hanging cohesion for the record on recurring sounds and vocalists. Returning to familiar collaborators, they’ve also succeeded in exploiting differences in their styles with incredible effect. This is hugely evident on I Need Someone, where Nathan Ball’s soaring vocals bounce off a captivating spoken word from the Young People’s Laureate, Caleb Femi. Beautiful, but almost mournful, it talks about how relationships fall apart, particularly in the middle of lockdown, and deep loneliness – Femi’s vocal performance seeming like an extra bassline for the track. “The tone of his voice is so compelling. We always trying to make the music emotive and melodic. Sometimes I love uncompromising banging techno, which is all about crazy hammering grooves and deep dark sounds, but that’s something which wouldn’t sit well on a Faithless record.”

One of the album’s over-arching themes is migration. It’s cover, a blood red sun dwarfing a packed boat adrift on an ocean, was chosen over two years ago. But it remains relevant. Little has changed. “We’re still in a perilous global situation, where people are fleeing war and famines, and we still haven’t worked out a properly compassionate response. Even legally we should be taking unaccompanied children. It beggars belief. People don’t choose to sit on life-risking tiny boats in search of a better life. We have to understand what it must feel like to need to leave everything behind. And there’s a slightly poisonous narrative that’s spun around that.” She acknowledges that wider issues and anxieties around migration are also very real. There are valid questions about resources and identity. People’s fears are real, and these can be easily tapped into.

Kwabs to play Komedia, ahead of new album. 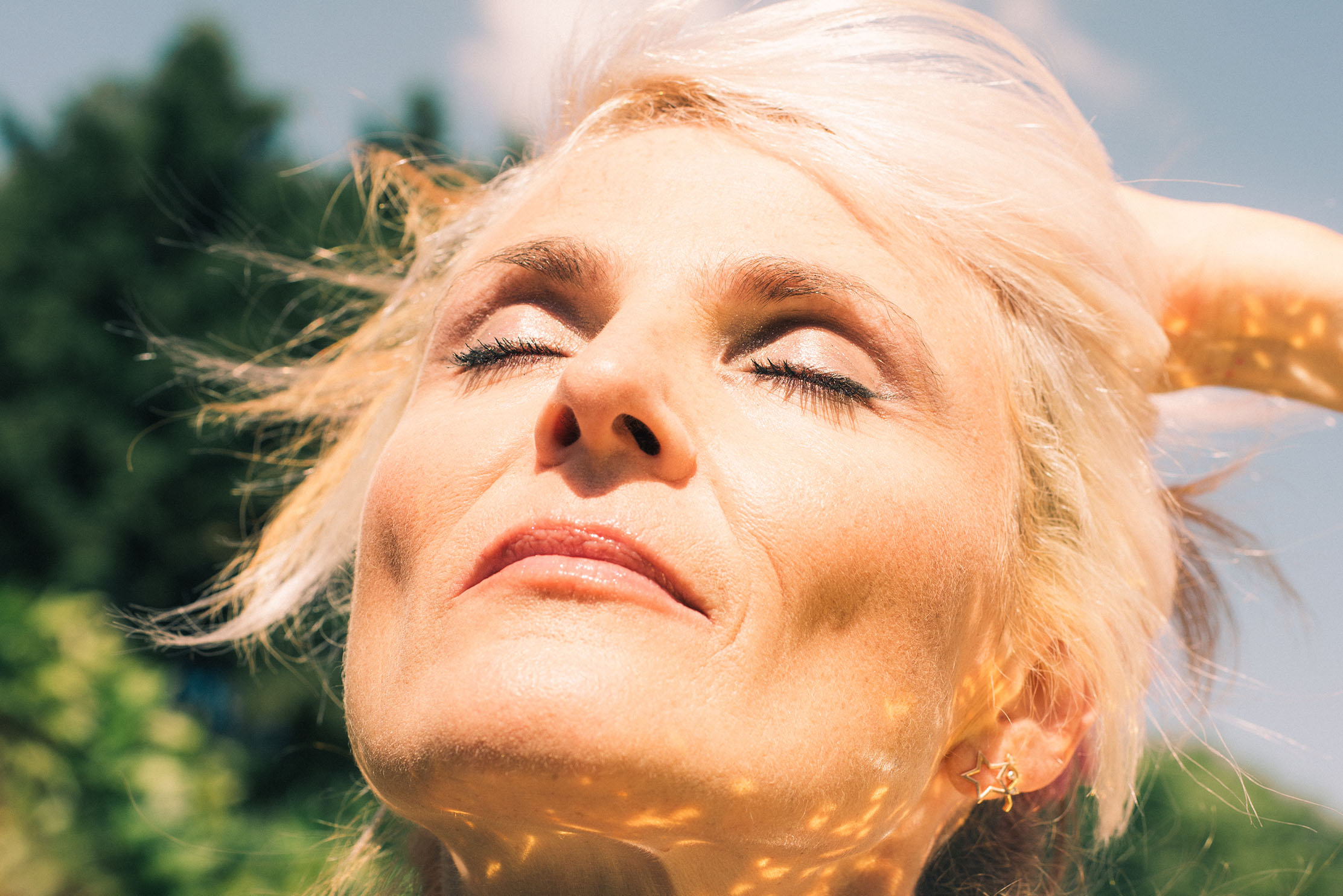 Many of these issues came up lyrically through the back door on All Blessed, but there are songs which quite consciously take on subjects. Faithless aren’t an overtly political band, but they do focus on experience and personal outlook in their songs. And some things are increasingly hard to ignore. “The weird thing about Covid, was there was a little more empathy about. We all had to stay indoors, we all knew someone who was vulnerable and we all understood that this could kill. The division was pretty much sown with Dominic Cummings. There was one rule for us and another for everybody else. But there was, in the middle of all of it, that little bit of commonality. Even though we all lived in different parts of the country, we all had to do the same thing. There was something uniting in that. There was more compassion.” But, lockdown also gave us some time for personal reflection She says many of us exist on an economic treadmill, and people are struggling with that. Again, it’s something which All Blessed covers in detail. Suli Breaks repeatedly encourages the listener to look away from the obvious and focus more on connections and the precious tiny moments.

Especially on the album’s sumptuous closer, Take Your Time. It stands as a gentle appeal for more patience and appreciation. There’s always joy and peace to be found in the everyday. “We don’t often get the chance to remember what is good in life and remember what do human beings really need, apart from food and warmth. It’s connection. Connection beyond everything.”

Faithless release their new album, All Blessed’, released on Fri on 23 Oct 2020. Pre-order at: www.Faithless.lnk.to/AllBlessedPR

Sister provides one of the keynote adresses at Brighton Music Conference – which comes to all internet devices, via a FREE digital pass, on Thurs 1 – Fri 2 Oct 2020