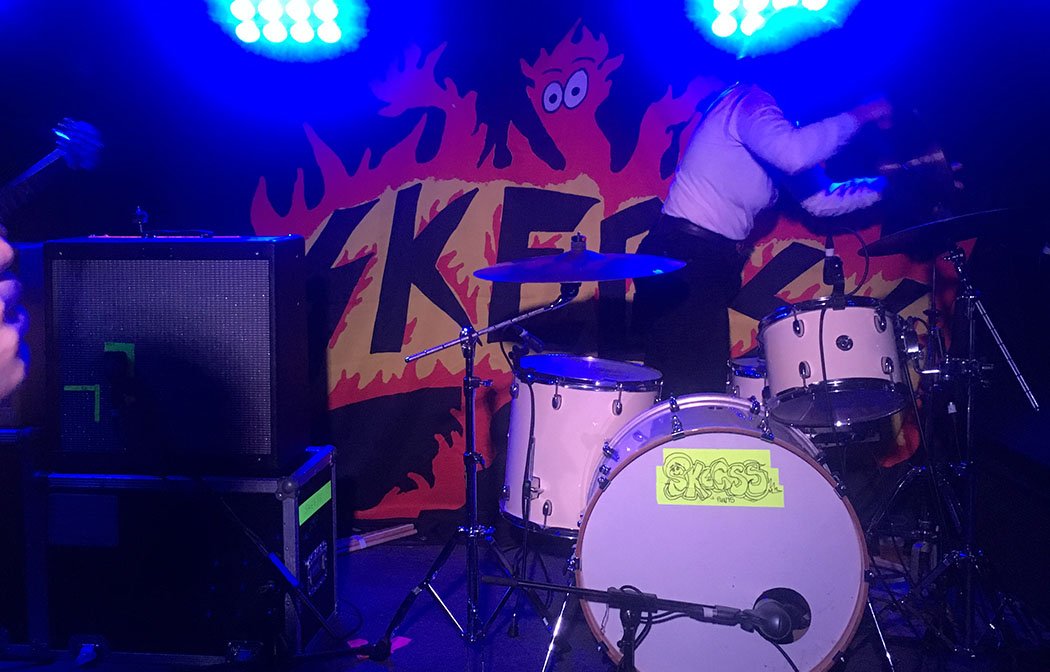 Skegss bring Down Under sunshine to Brighton

As the rain pounded down on the streets of Brighton last night, so too did the feet of fans inside Sticky Mike’s Frog Bar. With Australian band Skegss headlining and support from Brighton’s Beachtape and fellow Aussies Dumb Punts, the inoffensive punk music brought back happy memories of sunnier days.

Originally from Byron Bay, Skegss carried over the Aussie beach stereotype with their blend of surf-garage rock and soft Nirvana beats in their debut album My Own Mess.

This was their second time performing here and the band showed a relaxed affability with the crowd, taking down the safety barriers that separated them from the audience. The numerous band shirts worn by the crowd reflected the solid fan base already established in Brighton. Movember supporting freshers sheltered under proudly flailed Australian flags whilst belting out the national anthem, the atmosphere high as the crowd was pumped with energy causing only minor mosh pit casualties. 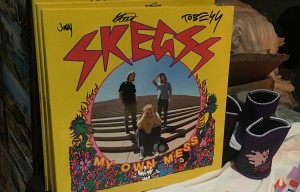 As the night moved on from the support acts, the sound quality increased enough to actually hear what the band’s lyrics were. Only to reveal that they all sounded exactly the same. Moving on from Midnight Eyes to play their latest song Up in the Clouds, the transition was seamless, because all the songs sounded identical. The melody would have formed the perfect backdrop to every 90s American movie, fitting as surf music originated in the subculture of California rock. You can almost picture a scene of existential teenage angst playing out over the album.

The night was marked with sadness though as fans continued to protest the upcoming closure of Sticky Mike’s, withone holding a hand-made R.I.P Sticky’s sign that reflected the disappointment shared with the band.