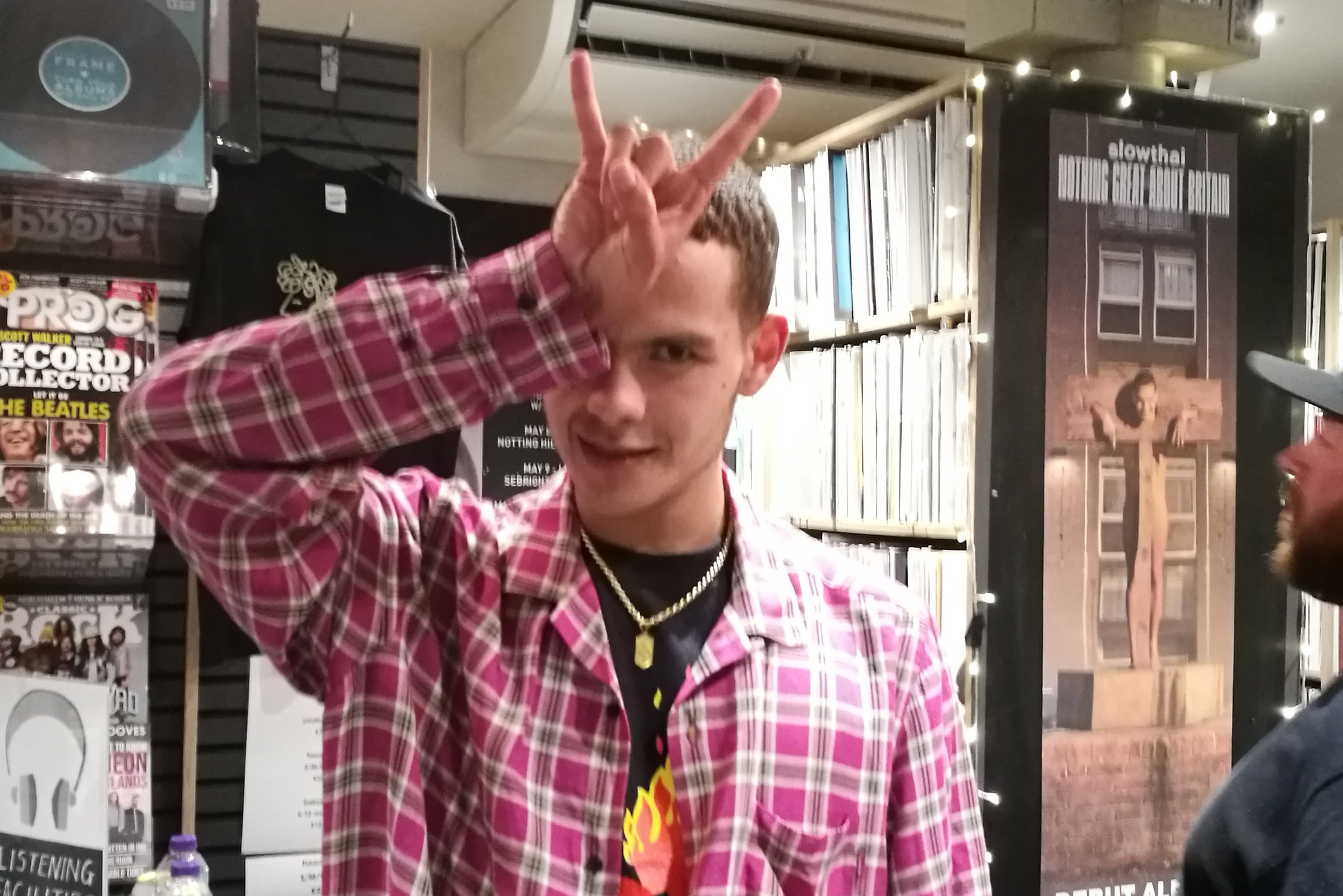 Grime artist slowthai performed live and signed albums at the independent record store Resident Music in Brighton on Friday night to a crowd of more than 100.

The Doorman rapper, real name Tyron Frampton, released his debut album Nothing Great About Britain on Fri 17 May which has received positive reviews and a cult-like following.

Frampton said: “It’s a madness, it’s a blessing and like I’m thankful for everybody that comes. I don’t believe in fans I believe like I’m building a family so everyone that came tonight is part of my family and we’ll continue to do that.”

Frampton’s album focuses on his life growing up on a council estate in Northampton and he said he feels he’s speaking for the lost people of his generation.

“I think I’ve built from the ground up a foundation and something that people who feel the same way or relate to my beliefs can come towards and it’s like something people can connect with, it’s a way of bringing people together.” 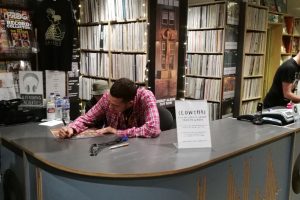 He stayed behind for hours after the show to speak with his fans who were a mix of old and young “When you have something for so long and you start to doubt and I think, like anyone in life, you start to doubt, for people to have the reception to even enjoy it or wanna buy it or have people come to this is crazy man, it’s the ultimate blessing I can’t like describe that or put it into words.”

Frampton said his plans after the album are to do shows, give good performances, give people energy and time and then work on the next project.

“I’ve got about 30 festivals and another tour and it’s just non-stop man.”

Passenger – Leaving On A Jet Plane

Resident Music’s James Canham said: “To be involved in something as special as the rise of someone like slowthai, to have the chance to be a part of that, is fantastic.

Fan Luke Williams said: “The way it’s all produced, the sound of it, his voice is really really raw and it seems like he’s talking to all ages. The gig was sick, it’s the second time I’ve seen him now, this was a cool intimate session.”

The start of slowthai’s summer festival gigs start at Lovebox in London on Fri 12 July and his debut album can be streamed here: