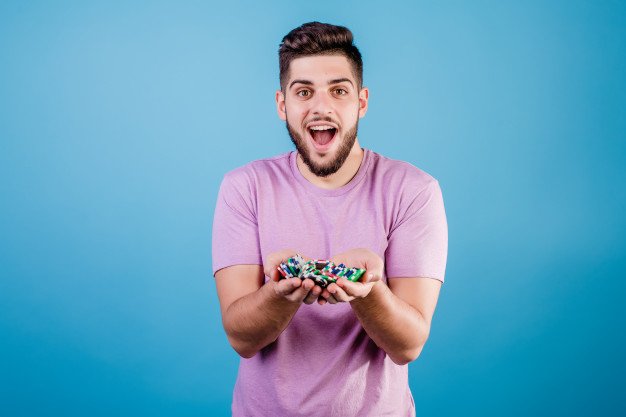 Do you know that we check our phones on an average of 150 times per waking day of 16 hours? That’s because we always want to be liked, validated, and connected to our fellow humans, a social and psychological need we all share.

Guest author Fabio Duarte looks at how and why social media is copying online gambling methods to create psychological cravings. To find out more about Fabio Duarte, click here.

Social media uses psychology and design to become as addictive as possible for users. App developers are continuously updating their products so that they can keep us on our phones for hours. Those who have made a study of these developments say that social media is using slot machine psychology to attract users’ attention.

Mechanisms such as infinite scrolling and pull-to-refresh play on the psychology of social media users. They make your social networking site similar to a smartphone casino. According to Tristan Harris, Google’s former design ethicist, social media use creates a psychological effect similar to that of playing slots.

Social media users, just like slots players, do not know when they will get a reward. Most of the time, they do not find anything of interest in their newsfeed, but that doesn’t stop them from returning to the newsfeed in the hopes of finding something that can satisfy their deep emotional need for acceptance or validation. This could be a like or a positive response to their post.

Online casinos were one of the first industries to embrace using mobile technology. Social media companies followed quickly and took full advantage of social media apps and technology. The UK gaming market prefers mobile-friendly casinos like SlotsJudge.com and social media mobile apps as it allows them to fulfil their gaming and social media wants while on the move.

Also known as “typing awareness indicators,” they do not exactly appear in the form of three wavy dots on all social networks. A mobile messaging app may simply state that “X is typing.” But it creates a sense of suspense and anticipation and makes us hold on to our devices because we want to know what the person wants to say.

As Maryam Abolfazli, a Washington-based writer says that those three dots are a “source of eternal hope and ultimate let down,” playing on the psychology of social media users.

We see elements of gamification introduced into social media apps. They aim to engage users and make them return to the app. The most powerful of these gamification elements is the “streak,” a Snapchat feature that indicates the number of times you interact with another user.

This feature is so effective that it converts social interaction into a game. Keeping streaks alive becomes more important than actually interacting with your friends, converting the social media experience into a casino social experience.

Push notifications are designed to distract you throughout the day. Whenever you get a notification, your brain creates dopamine, which is associated with motivation and reward. Your fear of missing out on something important, which ultimately turns out to be something trivial and unimportant, forces you to take push notifications seriously.

Gambling and Social Media Use Have Similar Impacts

Dr. Mark Griffiths, director of the International Gaming Research Unit at Nottingham Trent University, says that social media networks thrive on the psychology of unpredictable rewards, which they use to continuously grab the attention of their users, forcing them to constantly check their devices.

Just like gambling, social media use has the potential to impact our psychological health in adverse ways. For example, your excessive use of social media leads to phone dependency making you feel that you have received a message or that your phone is buzzing or vibrating even when it isn’t. Called phantom notifications and calls, these are closely related to our craving for calls and notifications.

Social media companies have entire departments working round the clock to make their products as addictive as gambling. They intend to keep you on your phone throughout the day. And even if you set your phone aside and try to get back to work, they bombard you with push notifications to grab your attention over and over again.

In his book “Hooked: How to Build Habit-Forming Products,” behavioural psychologist Nir Eyal says that all habits are formed through successive cycles of triggers, actions, and rewards. These elements are visible in a variety of products, especially in the gambling industry and social media networks.

And once you have created a phone-checking habit, you don’t even need external triggers such as dings and rings to keep checking your device all the time, throughout the day. Social media products, like casinos, are designed to benefit the house.

We see that both social media and online gaming in UK companies have benefited from taking advantage of the psychological cravings of their end customer.