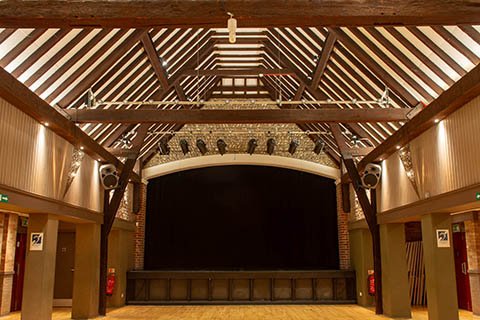 Noël Coward’s wonderfully witty smash comedy manifests itself at The Barn Theatre courtesy of the Southwick Players, marking the play’s 80th Year Anniversary from when it was first performed in the West End. 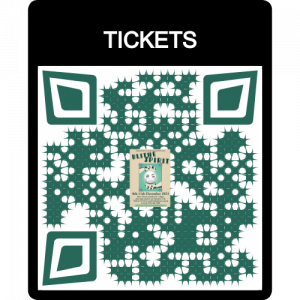 Eighty years ago, in the spring of 1941, as Londoners endured the Blitz, Coward slipped away to the seaside village of Portmeirion in Wales for a short one-week holiday with Joyce Carey who was then penning a play about John Keats. The idea was that they would idle in the sunshine and inspire one another with ideas, but poor Joyce was left alone for much of the time because, by the first morning, Coward had already taken to his room with a title for his new project Blithe Spirit. There he stayed, smoking and rolling paper into his typewriter for 6 days, until the play was completed. Just 5 weeks later, its first performance was seen in Manchester, and then soon after in June 1941, it opened in London at the Piccadilly Theatre where it knocked up 1,997 performances. Even though the comedy was about ‘death’ at a time where ‘death’ had cast a dark shadow over most households, it seems that people just wanted escapism from the sadness of war at home and into the theatre for a good laugh.

A light-hearted 1940s romp, the play concerns Charles Condomine (a writer) researching material for his recent book about the occult. He invites some friends, and the local medium Madame Arcati, to dinner and a séance. Unbeknown to any of them, they conjure up the ghost of Charles Condomine’s first wife, Elvira – an absolute minx – with one thing on her mind: to have her husband join her in death.

Blithe Spirit was not Coward’s first collaboration with the occult, his mother attended a show for Miss Annie Eva Fay (psychic/medium) when he was just eleven years old and posted a handwritten note to Miss Fay asking whether her son should continue his career on the stage …The medium apparently yelled ‘Your son has great talent and a wonderful career ahead’! – much like Blithe Spirit’s psychic, Madame Arcati, she then collapsed on the stage and had to be hauled off. Many themes from the early psychics of the period are echoed in Coward’s piece, dead children being used as control mechanisms to communicate with ‘the other side’ for example.

Director Nettie Sheridan said, ‘I am absolutely thrilled to be able to present Blithe Spirit for Southwick Players – returning almost 2 years after The Elephant Man – the last play I directed and presented at The Barn Theatre in March 2020, just days before the first pandemic lockdown. Blithe Spirit is a superb piece of comedy writing offering a great challenge for actors.

I have assembled a fantastic creative team and an outstanding cast for this production – as follows:

The play and the recent film both have many references to the local surrounding counties and towns (including film locations), in particular, Kent and East Sussex’.

Check out the Southwick Players online: