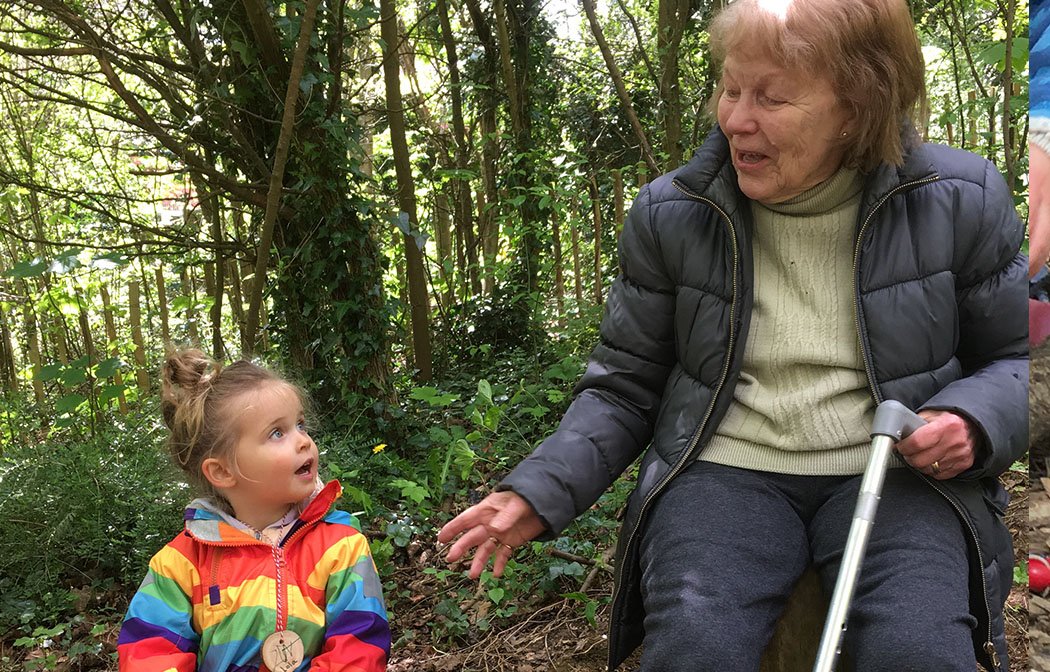 For such a busy place, Brighton & Hove still has issues with loneliness. The city is UK’s leading location for people googling the word ‘lonely’. As a society, we not only face isolation, but disconnection from the natural world or our own sense of fun. It was failings like these which prompted local community project organisers Unite The Beat to try and make a difference.

They’ve developed Spring Into Sound, a range of activities which promote curiosity and bring people together amongst a natural environment. It bases itself around music creation, always a powerful tool to bring people together. “We felt, that in this culture, people have this barrier to viewing themselves as musical,” Emily Robertson, the project’s co-founder, tells me. “What we do is bring everyone down to the same foundation. You’re not playing a guitar or singing, you’re literally just playing rhythms on whatever you can find. It’s an amazing leveller.” By creating a compelling and slightly unusual set of experiences, they’re helping people to forge communities, as well as reap the benefits of being out in nature. 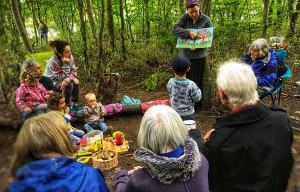 This summer, along with partner Malik Tokw, she drew together pre-school children, their parents and isolated older people. Various activities, from flower pressing to snail racing were organised, encouraging interaction with the environment, before musical elements were gradually introduced. “We went in with a sense there’s isolated older people about, and we wanted to make a difference. But, we came out aware that they’re
a real resource. For a lot of our younger parents, their extended families don’t live nearby, so they don’t have that person who would be that parent figure. They gained an enormous sense of wellbeing from developing that relationship.”

There are innumerable problems with our depictions and perceptions of older people. One Spring Into Sound participant was overwhelmed that she was filmed during the project. “For older women, because you’re no longer sexually attractive or child-bearing, you’re a bit of a write-off.” For older men, it’s somehow considered a risk for them to spend time with non-familial youngsters. Across the board, this generation are viewed as redundant, irrelevant and closed to new experiences. 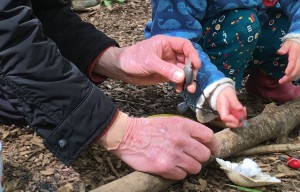 The labels and barriers also extend to concepts of parenting. Modern ideals of domestic bliss are far from reality. Young parents involved in the project benefitted from developing relationships with substitute parental figures. Their children were able to enjoy free-flowing outdoor activities, explore, experiment and develop new social skills. What Unite The Beat realised is that not any single part of a community is more isolated than another. Widespread disconnect in society, where we live far from our immediate family and spend increasing time in our own houses, needs to be properly addressed.

Now Unite The Beat’s work has received funding from the National Lottery, so a year-long programme is in development. “We found so
me of our older people were disappointed when the project ended, but it’s more risky having certain people outside in wet weather conditions. So, we’re doing a project indoors, where we’re using music to promote memories and community.” From the start of Spring Into Sound, there was a desire to develop a music piece, constructed around field recordings of noises created on the project. Now completed, this accompanies a film, Where Friendships are Sprung, which captures the activities for posterity. Screened for participants this month, alongside appearing on Unite The Beat’s YouTube channel and
website, it acts as a worthy showcase for their work.

It all started when Robertson and Tokw established what made them happy – things like moving, music, creativity and being in a community. It’s taken a leap of faith to devote their lives to developing this vision.  Isolation is still pervasive in modern life, but the way we face these challenges is slowly shifting. By taking a permaculture-like approach to this problem, no one element needs fix another – the combination simply works
together. Above all, it’s taught the pair to see everyone as a resource. “We set off quite distressed
about isolation and feeling like it wasn’t acceptable. But, it’s given me a bit more confidence to realise being busy has made us all a bit more separate. Be the one who knocks on someone’s door to see if they want a cup of tea, because they probably do.”

Taster sessions start on Mon 19 Nov for Unite The Beat’s new project, Musical Memories – a social gathering for people with a love of music. For more details, contact: