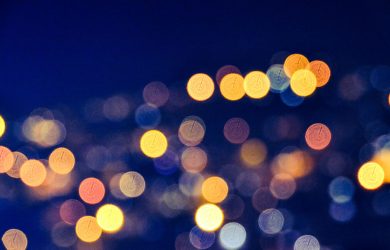 Student nights out in Brighton you can’t miss

MONDAY: When it comes to nighttime, Brighton truly never sleeps with tonnes of events, clubs and pubs open until the early hours, with Monday definitely being one of them. Fat Poppadaddys has been dominating Brighton’s student night-out scene for over 15 years, with one of the biggest nights happening at The Haunt every Monday. If it’s a quality night out filled with classics from every genre you are after, from rock to dance, hip-hop to indie, then head down towards the seafront for your first real night to remember. Let’s not forget you can grab five jagerbombs for £5 (before 12:30am), and loads more drinks deals. BN1 recommends: Put your name on their Facebook guest list and get there early! – it might look like a ghost town to begin with, but it soon becomes a queue mayhem and you’ll be struggling through the crowds.

TUESDAY: What may seem like a quiet school night, soon becomes probably the biggest student night out. Tuesday is filled with every pub and club throwing every drinks deal they can at you, and there’s somewhere for everyone. From The Hobgoblin offering 99p tequila shots to King and Queen’s renowned (terrible yet hilarious to watch) karaoke, Tuesday definitely opens up the opportunity to do a bar-crawl. For where to head after midnight, the typical go-to’s are either The Arch’s CU Next Tuesday, or Shoosh, offering various drinks deals and hip-hop and dance tunes. A big student hideout is DONUTS at Patterns, blasting out funk, soul, hip-hop and electronic beats which seems to really get everyone in the mood. Plus they hand out FREE donuts throughout the night, what’s not to love?

WEDNESDAY: If it’s a bigger club environment you are after, then fear not Pryzm has you covered. EPIK Wednesdays are known for being the South Coast’s biggest mid-week booze up. Located on West Street, Pryzm is Brighton’s largest nightclub, spread throughout three massive rooms, plus an outside smoking area too. Although it may be known as the university sports social hideout, with each group dressing up in various fancy-dress outfits weekly, it’s still a fun night out for you and your friends! Having a birthday? No problem, Pryzm offers tonnes of start-out packages and VIP booths too! BN1 recommends: Head to Steinbeck & Shaw first for their five hour ‘happy hour’ with 50% off all drinks and cocktails from 5pm-10pm before hitting up the dance floor in Pryzm.

THURSDAY: Feeling a bit worse for wear by Thursday? Tough luck, the party does not stop midweek — Thursday offers a new lease of light regarding nights-out. Once again King and Queen’s is the first pitstop, offering £2 student deals on a whole range of drinks, and with those deals, it’s no wonder that their courtyard garden is a l w a y s rammed with students! If you can however handle another night out, then it’s Fat Poppadaddy’s time to rule the student flow again with Secret Discotheque at The Haunt. This time, the music is dedicated to cheesy favourites. Expect the Spice Girls, Madonna, Abba and Justin Bieber. Once again the drinks deals are the same, with those five Jagerbombs for £5 returning, so there’s no going back…

FRIDAY: Although Friday is typically a big night out for the 9 to 5 workers, there are still club night’s going on throughout the city offering student entry discounts and drinks deals… And you guessed it, Fat Poppadaddy’s dominates Friday night too, but this time with Friday, I’m in Love at Coalition. Room one combines indie, electro, funk, reggae, dance, pretty much anything and everything, and room 2 solely representing R&B, hip-hop and garage. Not your scene? Club Revenge’s POP TARTZ offers a celebration of all things pop, from Britney to Beyonce! BN1 recommends: Start pre-partying over at Bar Revenge from 9pm before bogeying the night away to your old-school guilty pleasures!

SATURDAY: By the time Saturday comes, it’s hard to have the energy to go out, let alone find somewhere that’s not raked up the prices. Saturday seems to be when the flat parties happen throughout the hall’s buildings and varying campuses, but if that’s not the case one weekend, then a few of the bars still offer student rates and deals. Although The Hobgoblin isn’t offering their tequila or swap a lemon for a beer deals, they do still offer a wide range of student rates, and have a huge garden out the back to enjoy no matter the weather. Feeling a cocktail? Why not head next door to Shuffle Bar, with selected cocktails on offer throughout the night. On Saturday’s it’s harder to find deals, but it sure feels bliss once you find them!

SUNDAY: If you’ve made it this far through the week, I congratulate you! Student life seems to be either about going hard or going consequently home early, either because you’re too tired or your friend is throwing up in the taxi next to you! Sundays always seem to be a bit more of a chill day for uni students, either from family visits or just total exhaustion. If you do make it out, then one of the few places open late is Revolution – although named Industry Night, it’s the best bet to get your dance fix, in two rooms with two different DJs!