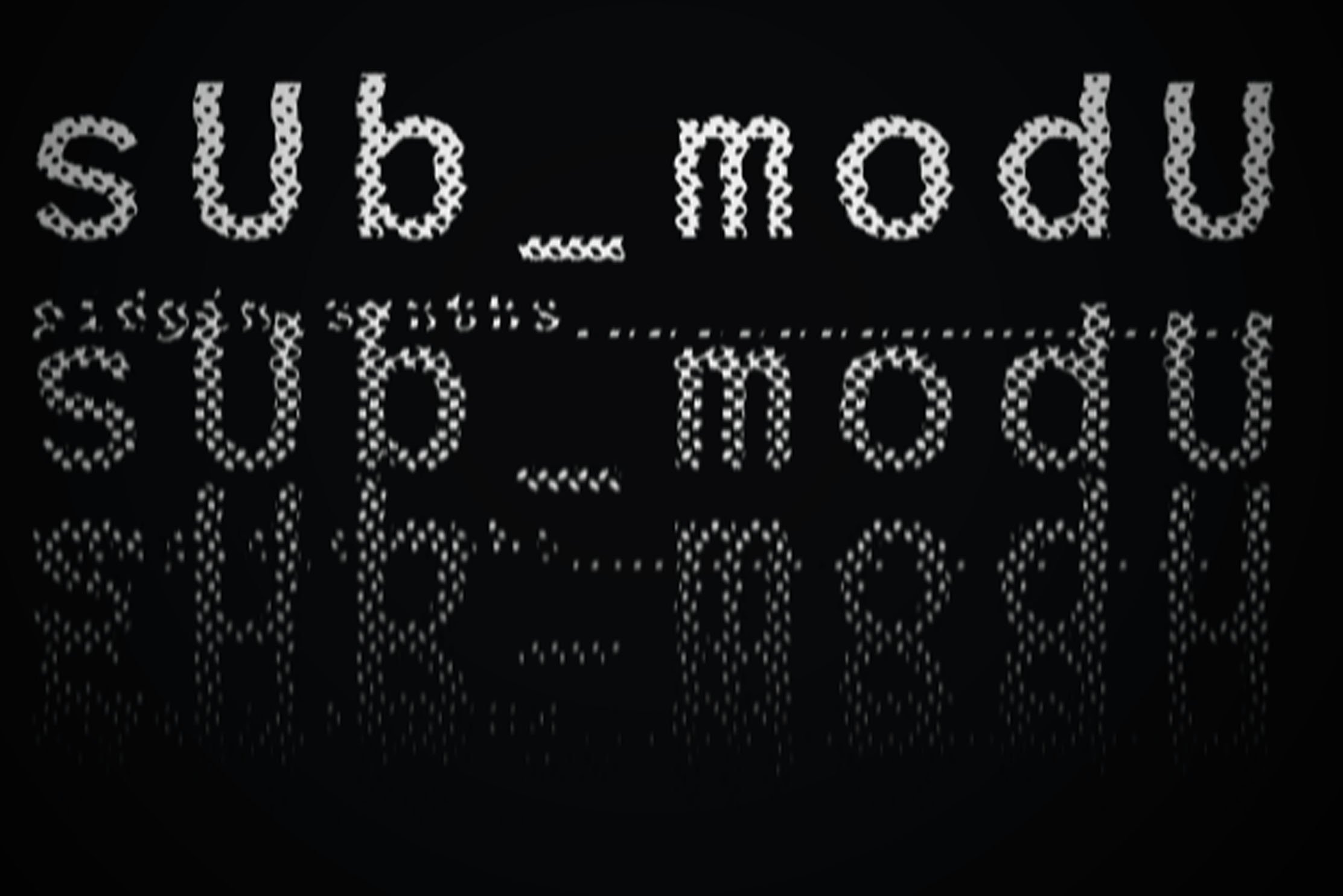 A jazz musician with a speciality for tenor sax, sUb_modU is a polyrhythmic project that reinterprets ensemble music of the ancient tribes. Attentive to the dualities in sound, his work is electronic yet sonically organic, complex yet understandable – electronic music with a human feel.

Pidgin Synths entangles a homage to the afrobeat pioneer Fela Kuti, with two synth-heavy original compositions. Covers of Fela Kuti’s iconic songs Expensive Shit and Water No Get Enemy were ignited through the experimentation of sounds on a new analogue synth. Reinterpreting themes of Kuti’s brass section, this creative challenge of rebuilding sounds from scratch and without samples was the basis for this body of work. “Afrobeat was very distant from electronic music, but it has unique and unmistakable features” Romeo explains. Reworking afrobeat into an electronic music context was channelled through Romeo’s musical practice of jazz improvisation.

“I found myself solving interesting puzzles, such as ‘how can a synth emerge that plays the role of a trombone section in the midst of other synths that do a more rhythmic job and others that are halfway there?’. ‘What are the elements that I can keep very similar to the original sound material, making sure that a style of reinterpretation comes out instead of a pedantic reproduction?’”.

Pidgin Synths and RAM Generation are original compositions by Romeo curated from the identical pallets of sounds, following the same harmonic and rhythmic principles. Highlighting the typical traits of a genre that belonged to Nigeria in the 70s, sUb_modU re-contextualises and re-interprets these sonic staples into an anthropological music experiment, 50 years later.

Born and raised in Aosta, a small tourist town in the Alps – this beautiful hometown of outstanding nature and mountain range acted as a catalyst for Romeo’s musical ambitions – a wanderlust to go beyond these borders. Studying classical music as a child and citing listening to Symphony No.6 by Tchaikovsky as a pivotal movement in his musical development, for Romeo, music is simply “food for the soul”. Influenced by the likes of iconic bands such as Tortoise, Fugazi, Portishead and The Herbalisers, plus legends like Mulatu Astatke, Fela Kuti, Miles Davis, and John Coltrane; sUb_modU has previously released on BBE and Agogo Records, with remixes for Tru Thoughts, collaborating with Matteo Cigna in a Roman Amphitheatre, touring around Europe with various projects, and performing at Jazz Re:found, Chamoisic and Nylon festivals; sUb_modU is ready to enter his next chapter. Support and praise has already been flooding in from Raffaele Costantino, DJ Khalab, Radio2Rai, Peter Kruder, KEXP, Kev Beadle, Simon Raymonde, Dom Servini, Basic Soul and Dubmission .