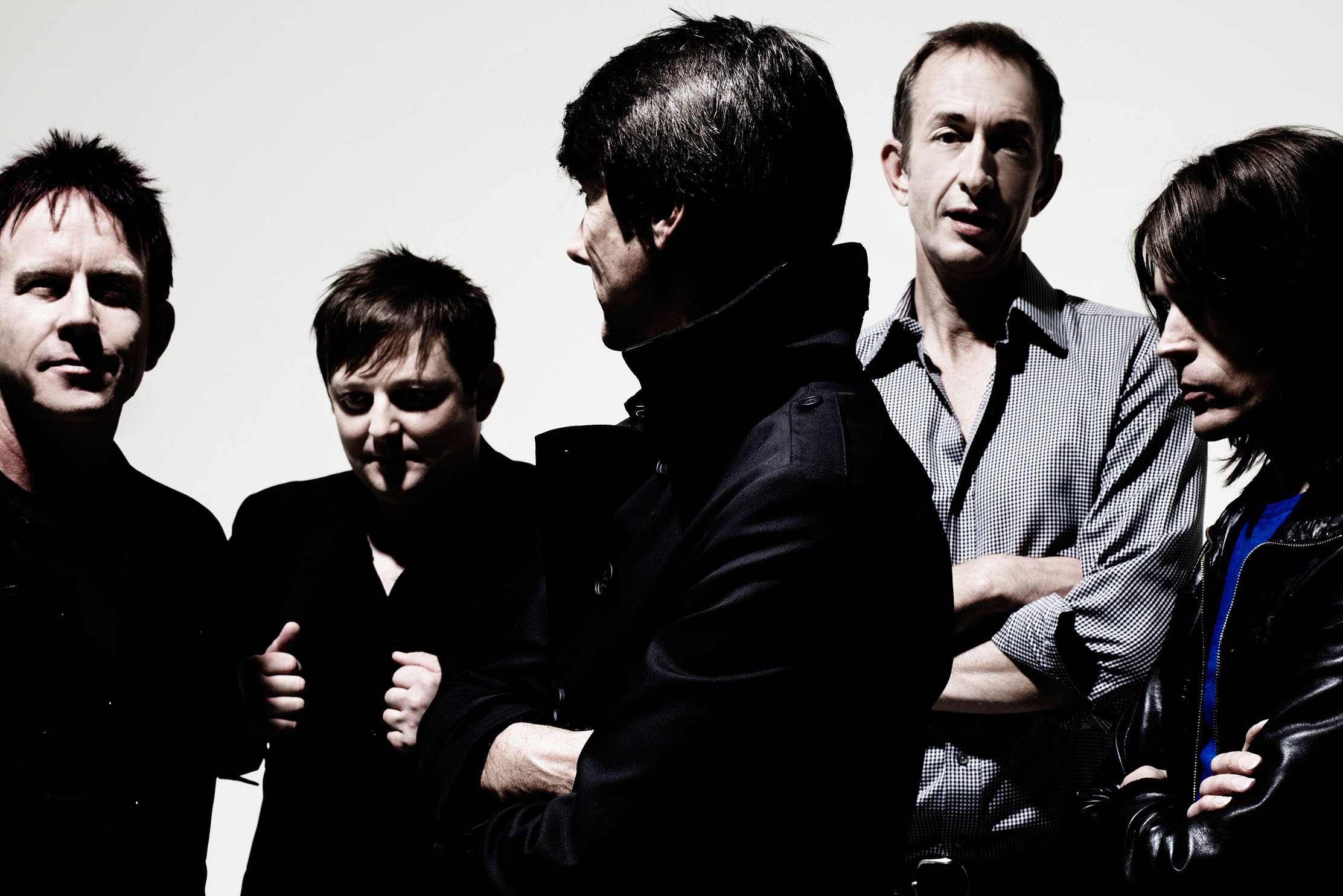 Thirty years after first performing Suede were back in Brighton to promote their eighth and latest studio album The Blue Hour released late last year.

Support came from the brilliant Bella Union signing BC Camplight.A short but energetic set kept the crowd entertained,In a Wierd Place Now sounding particulary great with added layers of synths and a full  band behind him.

Suede took to the stage in a sea of dry ice and immediately set the tone for the evening playing a mix of tracks from The Blue Hour and a great selection from their pretty vast back catalogue.

We Are The Pigs,Metal Mickey and So Young were all played within the first half hour,with the audience singing along to every word.Brett Anderson is still a remarkable showman and had the packed Dome crowd eating out of the palm of his hand from the start.The energy and passion he put into the performance would put most new rookie indie singers to shame.

For over an hour and a half he prowled  the stage like a man possesed,across the moniters and into the audience on many occasions and the crowd loved every second of it.

He barely stopped for breath,but did manage to remenice for a few minutes about how the band in their younger days used to catch the train from Haywards Heath to Brighton to see bands and enjoy the nightlife it had to offer.

The old hits kept coming at a pace Animal Nitrate and Trash still sounding as fresh and relevant as when they were first released.The performance pace was slowed up a little by accoustic versions of Saturday Night and The Wild Ones,Brett sitting alone on the edge of the stage playing accoustic guitar.

A frenetic encore of Beautiful Ones and Life Is Golden,the latter dedicated to Andersons young son brought this exhilarating show to an end.

Suede may have been around for nearly three decades but still sound as fresh and relevant today as ever and continue to produce brilliant and groundbreaking music.