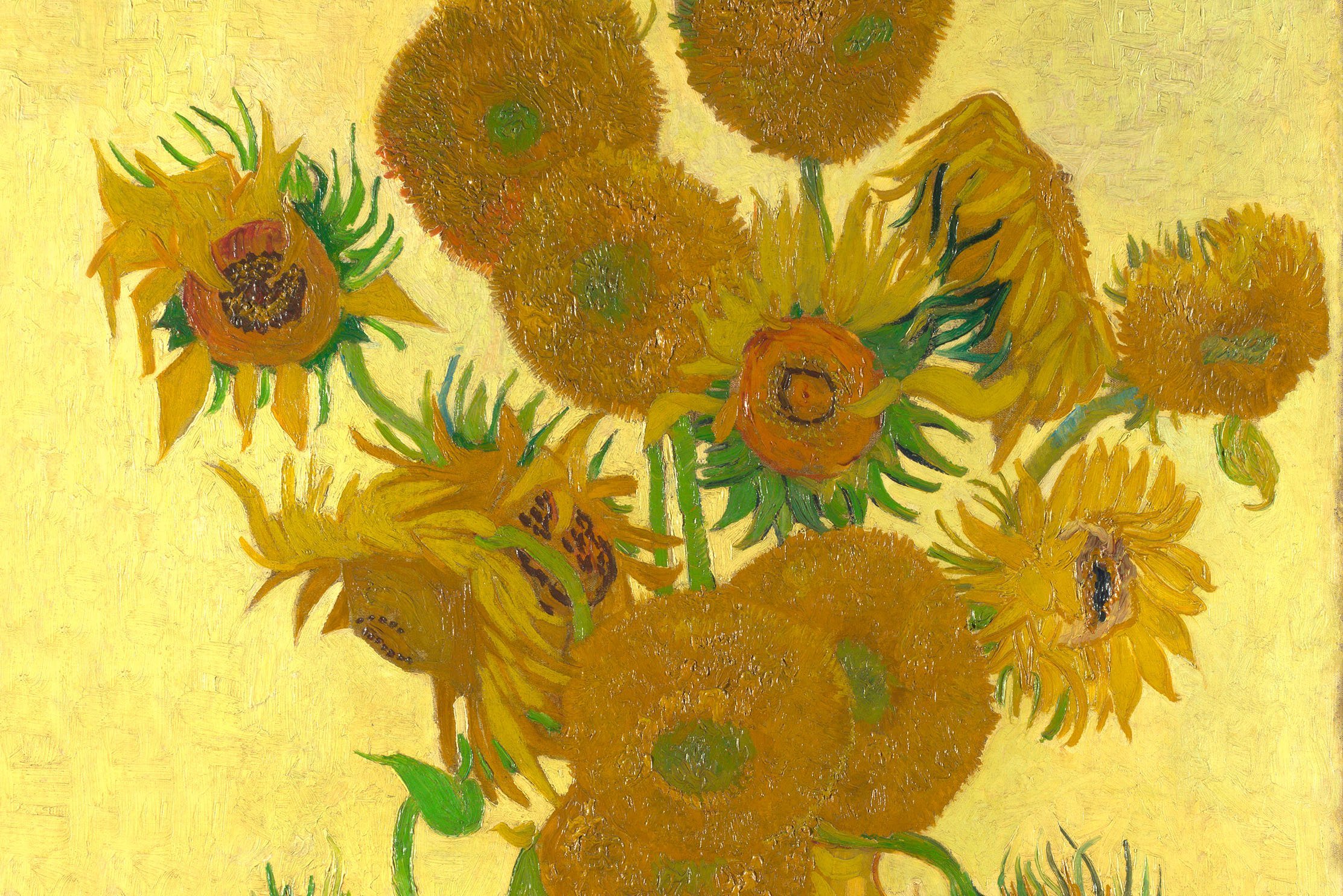 Unveiling the mystery of Van Gogh’s greatest masterwork, SUNFLOWERS offers a unique opportunity to see, as never before, an unmistakable art series. Directed by David Bickerstaff, this compelling documentary film brings together a striking portrayal of the artist by actor Jamie de Courcey and fascinating insights from art historians and botanists.

SUNFLOWERS is released in cinemas across the UK from 8 June, including Curzon, Everyman, Odeon, Picturehouse, Showcase, Vue and independent cinemas. It features five of the famous Arles Sunflowers from collections across the world. These are some of the most iconic paintings in the world. What many mistake them for a single masterpiece, it’s actually a sequence of five paintings which are now held by galleries in Amsterdam, London, Munich, Philadelphia and Tokyo. This extraordinary feature-length documentary film brings the spectacular series together on screen as never seen before. 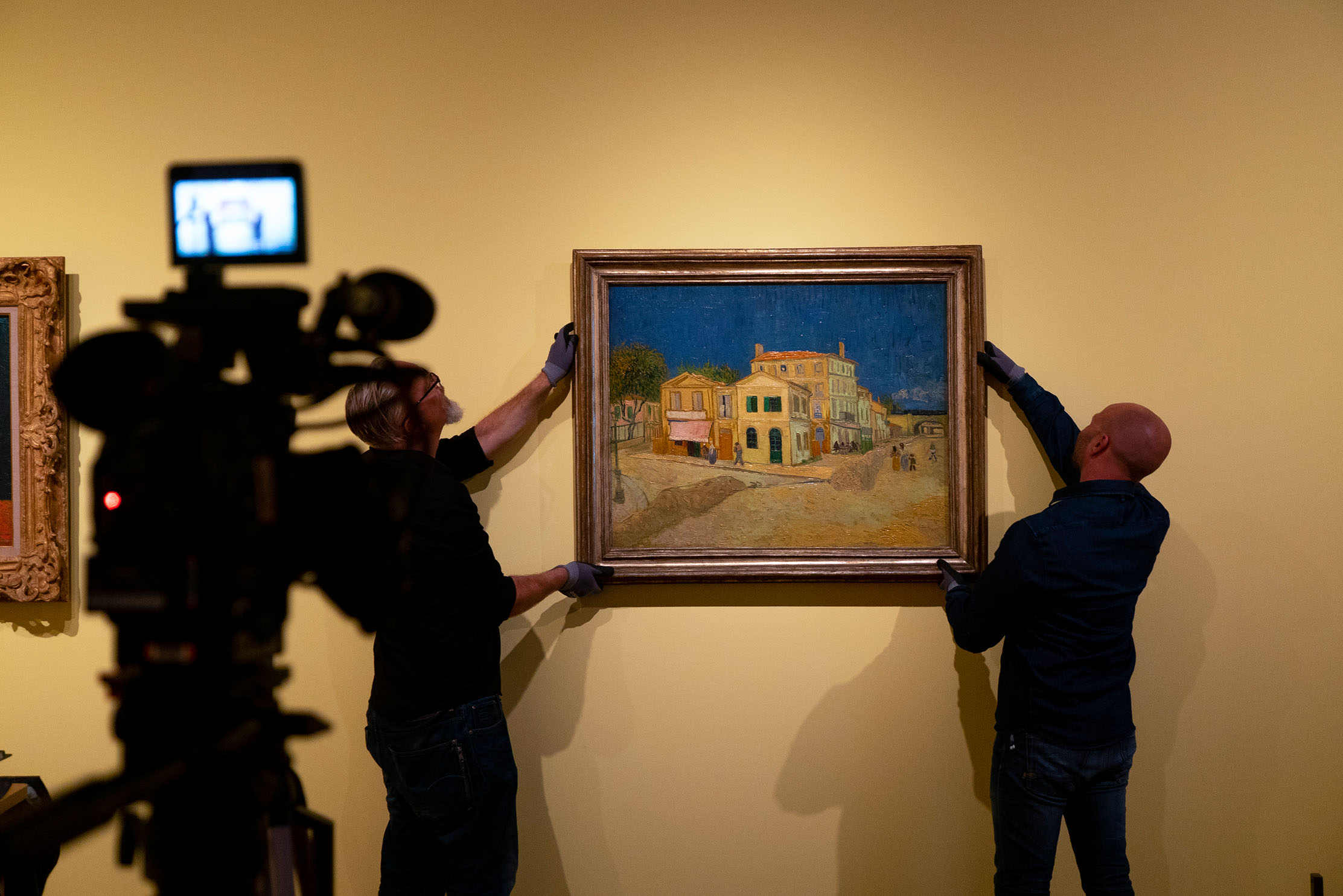 Working closely with the Van Gogh Museum in Amsterdam, Bickerstaff ‘s SUNFLOWERS goes beyond a ‘virtual exhibition’, delving into the rich and complex stories behind each of the paintings to unveil the mysteries of the sunflowers. What did the flowers mean to Van Gogh, and why do they resonate so much with audiences today?

An artist and award-winning filmmaker, Bickerstaff’s documentary work and video installations, such as The Lukhang, Hygieia, Heavy Water: a film for Chernobyl and Making War Horse, have been broadcast in Britain and shown in many international festivals and exhibitions. In recent years, he has been directing and filming a series of short artist documentaries for Art360 Foundation which offers funding for artists to build an archive of their work.

He has also been collaborating with producer, and fellow Brightonian, Phil Grabsky at the innovative Exhibition On Screen, – directing, filming and co-writing ten feature-length art documentaries. This popular series is distributed to 63 countries and shown in over 1500 cinemas worldwide, with each film looking at an iconic artist and a major exhibition of their work in world-renowned art galleries. Titles include SUNFLOWERS, Lucian Freud: A Self Portrait, Van Gogh & Japan, Degas: A Passion for Perfection, Michelangelo: Love and Death and Canaletto & The Art of Venice, along with other films about artists such as Claude Monet, Hieronymus Bosch and Francisco Goya.

As SUNFLOWERS comes to UK cinemas this week, we talk to David Bickerstaff about taking on some of the world’s most famous paintings, and how it could be a golden age for documentary-making. 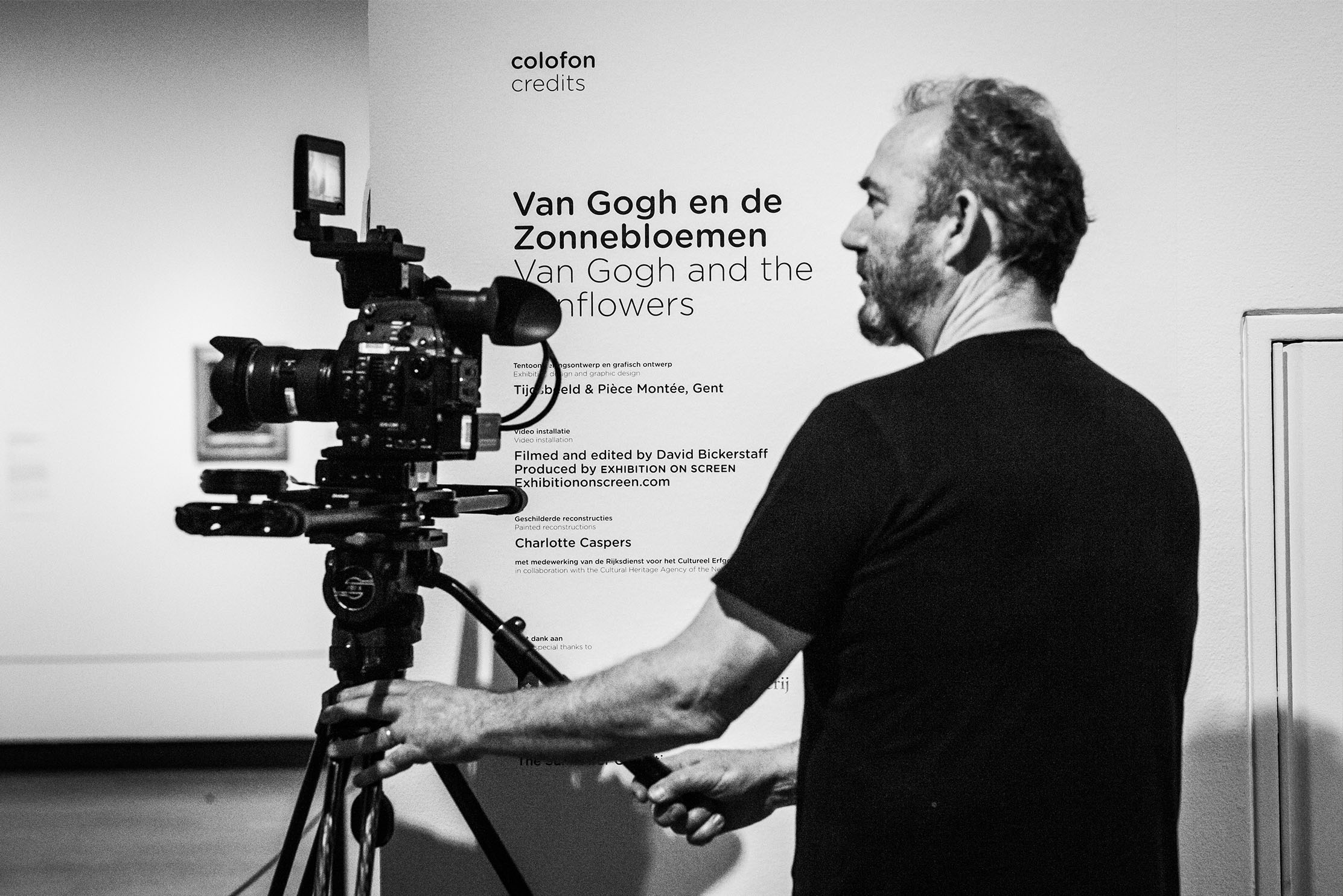 How much preparation goes in creating a film like SUNFLOWERS? Was it difficult obtaining cooperation from the various collections around the world?

There is always a lot of preparation when making a film like SUNFLOWERS. The first and most important part is developing a working relationship with the art institution that will feature in the film, like the Van Gogh Museum, Amsterdam. Institutions like these don’t usually have the funds to contribute financially to a feature film but it is essential that they are fully invested intellectually and are willing to support the film with privileged access to their collections and their experts. Once the main institution is fully onboard, they can be very helpful in representing our project to other institutions that might be involved, making introductions, inviting their experts to contribute and opening up other filming opportunities. This was key for SUNFLOWERS as our narrative relied on good access to all five Sunflower paintings scattered across the world in five different museums.

Van Gogh’s Sunflowers is not limited to one work, but a collection of paintings. Does producing a documentary about the series offer a more valuable context than just viewing a single example in a gallery?

This is an interesting question, but I think it depends on how strong the story is that surrounds a particular painting. Previously, we made a film that centred on Vermeer’s Girl With A Pearl Earring located at the Mauritshuis in the Netherlands. So, it was a single, iconic painting that projected fame, mythology, virtuosity and intrigue. The painting told a great story on it’s own but it was also surrounded by one of the best collections of Dutch Golden Age art in the world, that wove a rich historic narrative around it like a great supporting cast. Most people think Van Gogh’s Sunflowers painting is a single work, but it is not. It is a series of works painted in a short and very intense period of Van Gogh’s life. Four painted in one week and three others painted a couple of months later. The series became the nub of our story. Each painting tells a different story. As they enter the world of collectors, dealers and museums, their individual journeys become fascinating.

Do opinions on great works of art always change over time? Is it important to understand the impact certain pieces originally had?

The way artworks are received and appreciated by people can change dramatically over time. Some artists are extremely popular and sell well during their life-time but then history consigns them to the ranks of the mediocre. This was the opposite for Van Gogh. Except for a few artists and close friends, his works where not highly thought of while alive. People around Vincent always acknowledged that he had a true artistic energy and raw talent, but he sold very little during his life-time.

Van Gogh was only an artist for ten years and then only painted during the last five of those years. This means he generated a huge amount of work in such a short time. Work that experimented with materials, using impasto paint and flat compositions of bright colours, which over the years have faded or darkened into more muted tones. As highlighted in the film, if you were to see a Van Gogh as it came straight off the easel, you would be amazed at the vividness of the colours, the use of composition and energetic brush strokes. They must have looked very modern and different compared to the more popular artists of the day, which might account for the lack of sales.

As soon as Van Gogh died, his work started to be more appreciated by collectors and other artists and his star has been rising rapidly ever since, along with the prices his work attracts. I think it is important not to be distracted by the financial worth of a painting but to look very carefully at it as a piece of creative composition that either speaks to you, or not.

Van Gogh wanted to make art that spoke to the human condition and to have people relate to it in some way. Mass reproduction of the Sunflowers image on mugs and tea-towels only muddies that perception of what the real painting is and how powerful a single image can be when seen ‘in the flesh’. You can’t know the Sunflowers paintings until you stand in front of them. 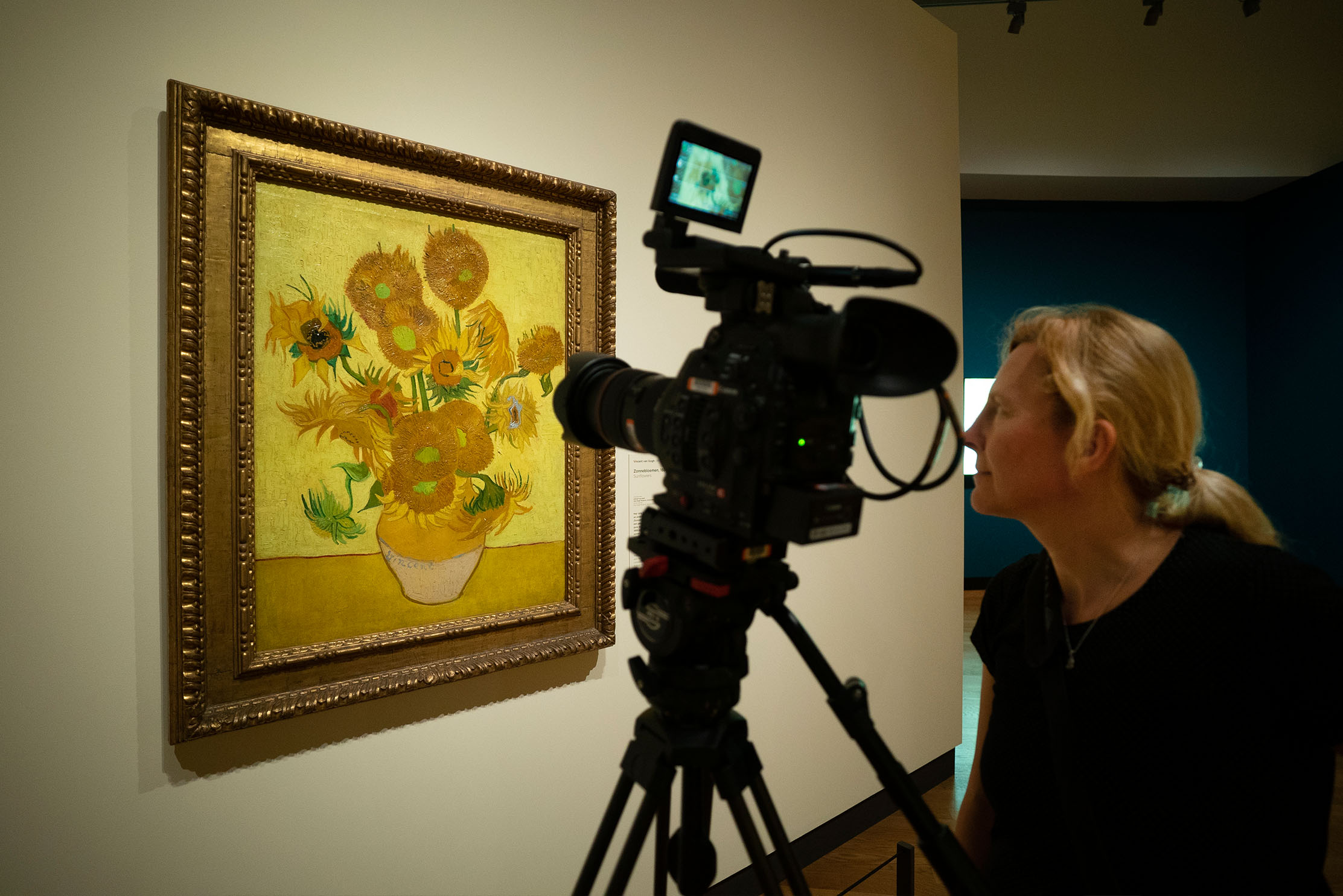 It’s safe to say you’ve taken on some of the most important creative works in human history. Is providing an objective examination of these challenging?

It is challenging, but I think our role as filmmakers is to poke beyond the popular perception of what famous artworks are. Challenge the mythology that surrounds them and to delve deeper. We always want to construct an interesting and compelling narrative in our films, so it is necessary to look for compelling and interesting ways of examining popular and famous works. It is exhilarating and sometimes overwhelming to see iconic works of art up close, especially when on your own with maybe one or two other people in the room as we often are. But after a period of intense looking, a painting can open up and speak to you, making you question all sorts of things like composition, subject matter and intention.

Does filmmaking offer as much of a learning process about certain subjects for you as it does the audience?

I always say making these arts documentaries is like doing a mini art thesis – on speed. There is so much to learn and understand within a short research period to enable us to make an effective film. It is always hard to know how much knowledge an audience gleans from our films, but we hope their journey is enlightening, entertaining and academically solid enough that it encourages people to either find out more or learn new truths.

Amongst the biggest awards for cinema, there still seems to be a reluctance to place documentary on an equal footing with drama. Is this down to different perceptions of artistry, or a reflection of commercial success?

Drama and documentaries are different beasts but can be equally compelling to watch. But their budgets are usually vastly different and sometimes this is reflected in the funds available to promote a film and build a wider distribution. Famous actors and directors are celebrities and are more attractive to media outlets than the average participant in a documentary.

There are exceptions of course. Documentaries seem to be more celebrated in film festivals where those that examine a human reality or social theme tend to do better. I don’t think it is artistry because some of the most beautifully engaging and cinematic films have seen have been documentaries or observational films. I would tend toward the fact that drama films attract more commercial support and mostly more commercial return. But in the end, it is important for industry survival to motivate people to go to the cinema to see a film and blockbusters tend to do that. 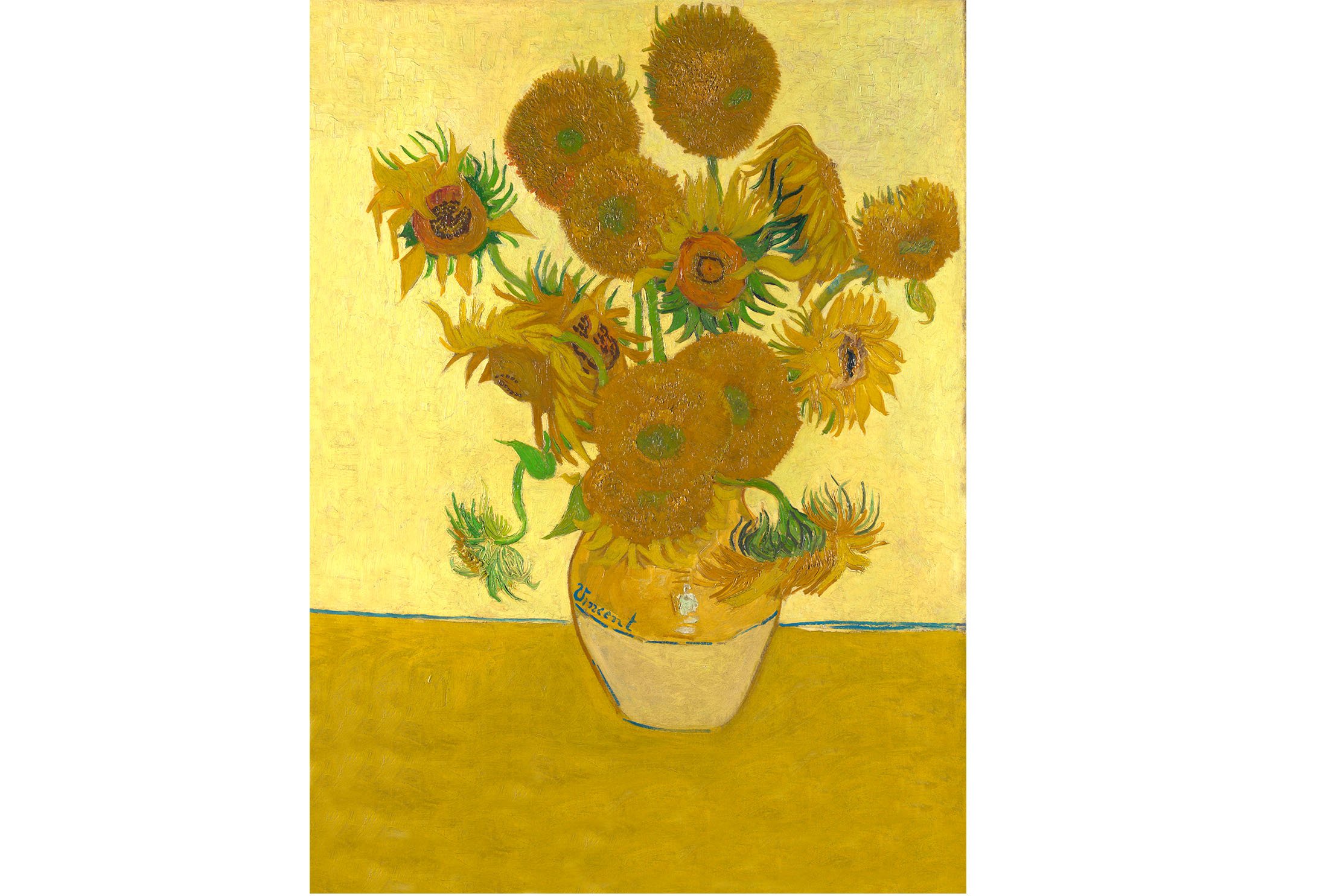 Are documentary filmmakers growing more conscious of dramatic structure in their work?

I think the most effective documentaries always have a dramatic structure. I am not sure if documentary filmmakers are become more conscience of this or are deliberately looking for more overtly dramatic ways to tell their story. There needs to be an element of truth in observational or documentary films that underlines the perception of its authenticity. That is not to say that documentaries can’t be augmented by imagined or reconstructed dramatisation, but I am not sure it is a growing trend.

Are we seeing a golden age for documentary films, both in their ambition and the demand for them?

I really don’t know the answer to that. I hope so. Only history will determine if we see an golden age. There are great stories out there and with access to high quality cameras and film equipment these days, it is so much more affordable to make the documentaries you want. I think there needs to be more support for creative ambition within the genre, alongside effective distribution, and strong marketing for it to flourish.

Sunflowers is in UK Cinemas from Tues 8 June 2021. Find your nearest exhibitor at www.exhibitiononscreen.com