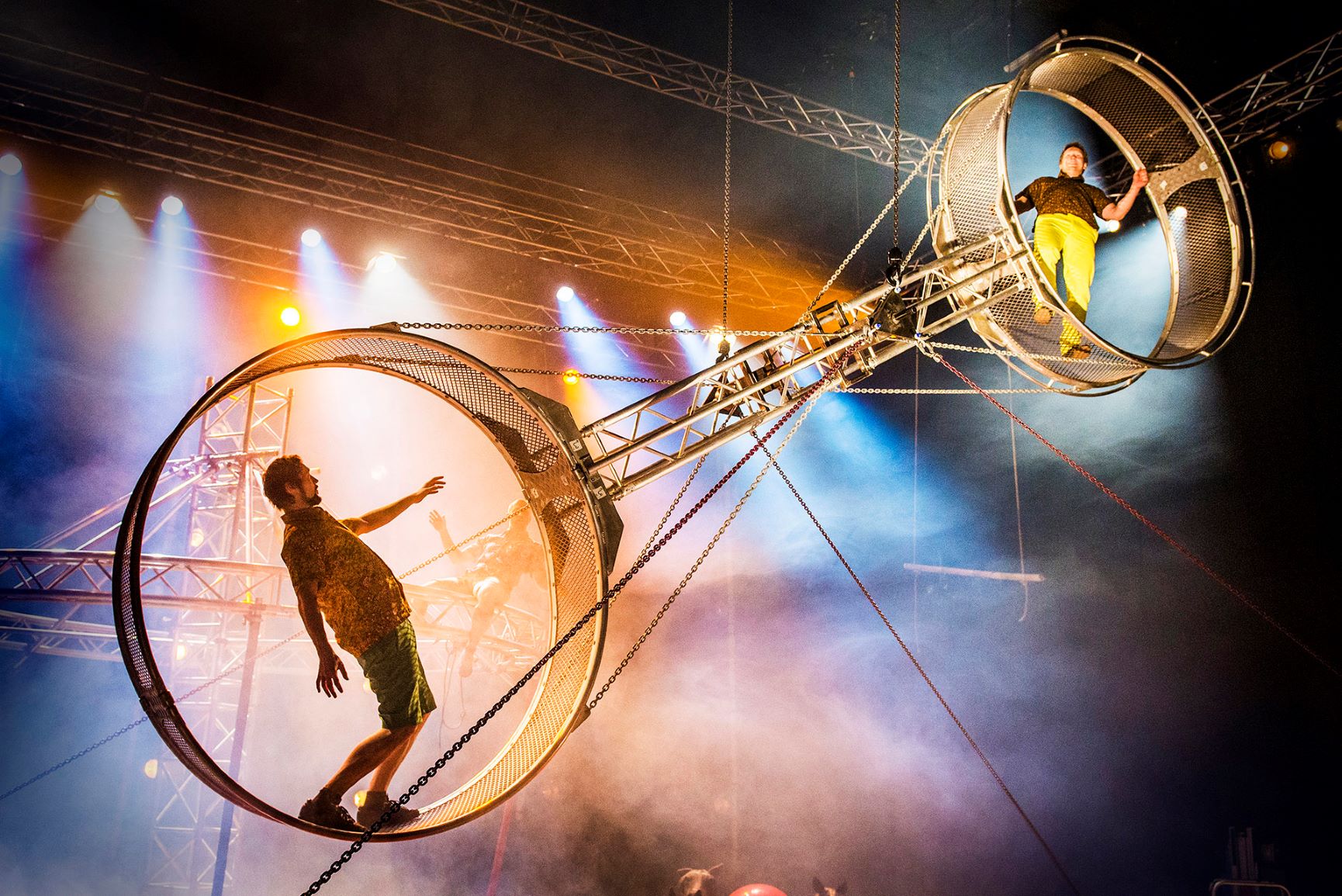 Super Sunday is hands-down the most uncompromising, anarchic circus I’ve experienced. When six acrobats from the Finnish Race Horse Company take to the stage riding panto horses (and one sheep) I’m not sure what to expect from this Pythonesque troupe.

For the next two hours, I am gripping the edge of my seat as the aerialists cannonball from Olympic-sized trampolines. Playing off each other in ever more clownish and dangerous ways, somersaulting off makeshift teeterboards, there is a DIY feel to the show that is utterly thrilling. Stunts are paced with a banging soundtrack and dry ice and strobe lights pump the audience into a frenzy.

Accompanied by my nine-year-old daughter, this immersive family show includes a circus strongman and man-sized teddy bear. In this cartoonish world, the teddy is strapped to a high striker with all the anticipation of Wile E. Coyote on the end of a lit fuse. When the mallet hits its spot, the fluffy bear rockets into the air.

For the adults among us there is dark parody to enjoy as well as the spectacle, it’s a send up of all that’s competitively macho. From the acrobat’s skimpy mankini (my daughter: “where did he buy THAT?”) to pop culture in-jokes, the fearsome street dancer with Karate Kid fight moves.

But it’s the sheer risk of what’s at stake that really keeps me on my toes. Gasps from the crowd as the acrobat deliberately almost doesn’t land a backflip off a moving scaffold. The riotous feel to the acrobatics, that go off in all directions at once.

For the finale, nothing less than the ‘wheel of death’ will do. There are laughs as a prizefighter is sombrely taped to the torture wheel with clingfilm – yes clingfilm – for the ultimate high jinks. I can hardly look as the pendulum swings and a second acrobat clambers up and starts free running over the giant wheel. Super Sunday is intelligent circus with a rebel heart.

“The blinding smoke gave the suspense and the risk that one drop could cause a serious injury. The flickering lights and the jaw-dropping acrobatics showed how incredible they really are. This festive season made it even more joyful to watch. However, you never know when these things can go wrong so some people could be left trembling in their seats.”