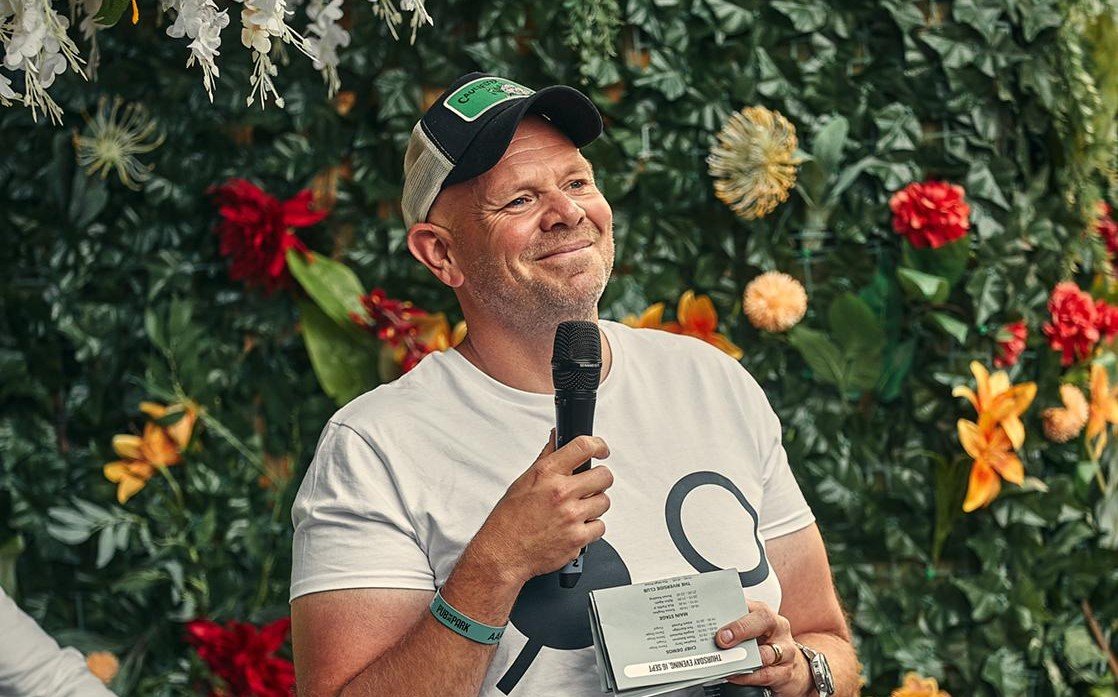 “If I could only pick one thing, the sense of community,” Tom Kerridge is contemplating what visitors will find at his free-wheeling food festival.

“If I could only pick one thing, the sense of community,” Tom Kerridge is contemplating what visitors will find at his free-wheeling food festival. Now taking a delectable range of sights, sounds and tastes to nine towns across the UK, the event is set for its biggest year yet. “I love just how local Pub in the Park is, and that you can come along to your closest park with a couple of mates and have a cracking time! I can’t wait to come to Brighton and meet everyone and cook with some incredible local chefs as well.” 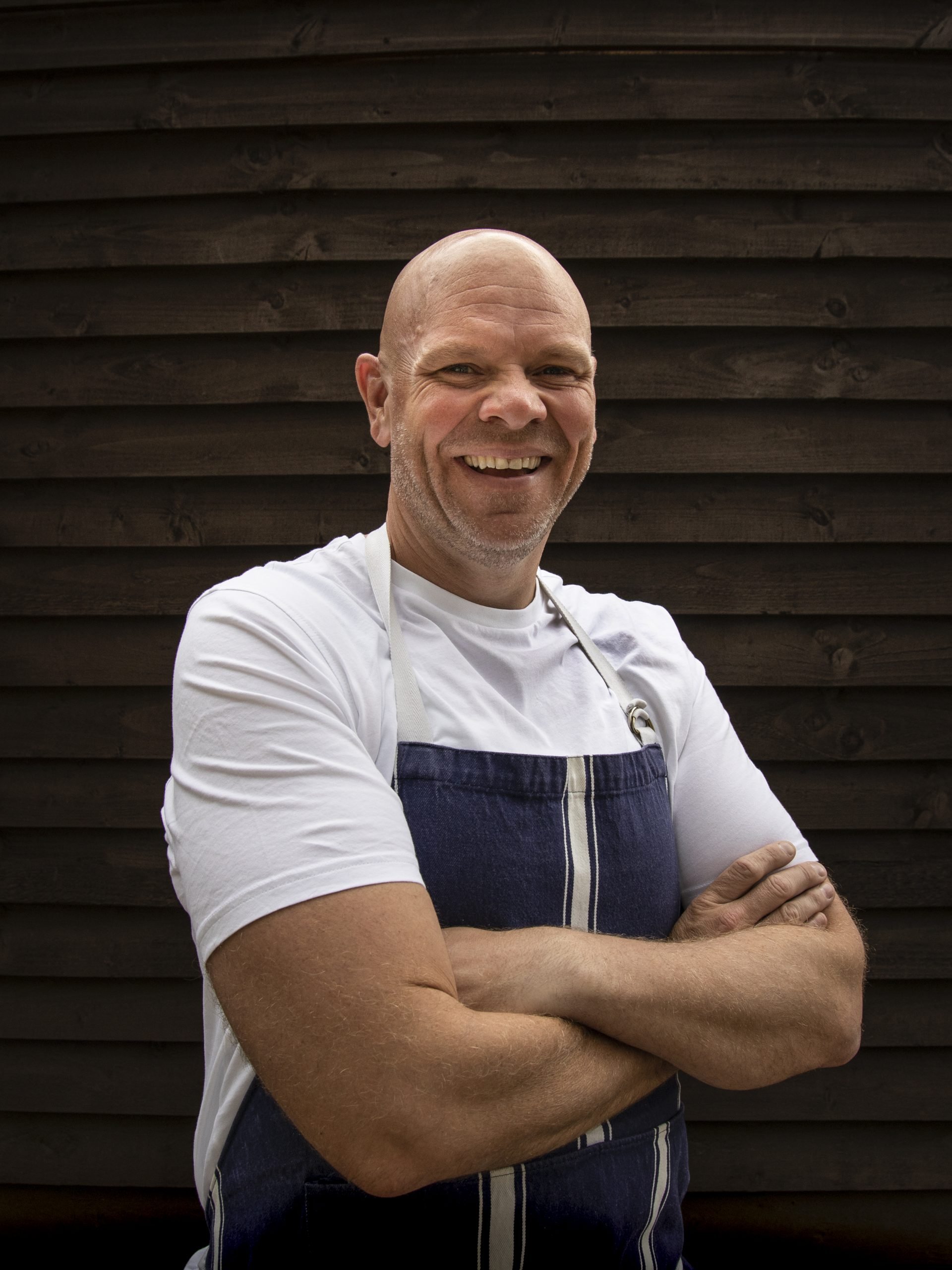 It started five years ago in his hometown of Marlow, intended as an excellent way to reach new audiences and create a sociable experience around great food and fantastic music. “Since then, it has just boomed into this incredible event, which I’m so proud of. It clearly seems to have hit the right note with people, and I absolutely love seeing everyone having a great time and trying some stellar food.” For 2022, everything starts in Marlow in May, before heading to Wimbledon, Warwick, Bath, Dulwich, Tunbridge Wells, Chiswick and St Albans, before finishing off with a bang in Brighton’s Preston Park on Fri 16 – Sun 18 Sept.

His skills in the kitchen have made him a household name. Training under the nation’s finest chefs, he went on to open his own places to wide acclaim. With new takes on some classic dishes, he won the main course section of BBC’s Great British Menu in both 2010 and 2011 and has now returned as part of the judging panel. The TV appearances snowballed in recent years, including him co-presenting Food and Drink, along with delighting foodies on Tom Kerridge’s Proper Pub Food, Spring Kitchen with Tom Kerridge, Bake Off: Crème de la Crème, The Food Detectives, The Best of British Takeaways and Lose Weight and Get Fit with Tom Kerridge.

Somehow, the multi-award-winning chef found time to also open the Michelin-starred The Coach, Kerridge’s Bar & Grill, at the Corinthia Hotel in Westminster, and The Bull & Bear at Manchester’s Stock Exchange Hotel, as well as working with British Airways on a range of menus. He must be doing something which engages with and inspires people and as if he’s not busy enough, he’s recently been using this considerable platform to evolve conversations and attitudes around food. 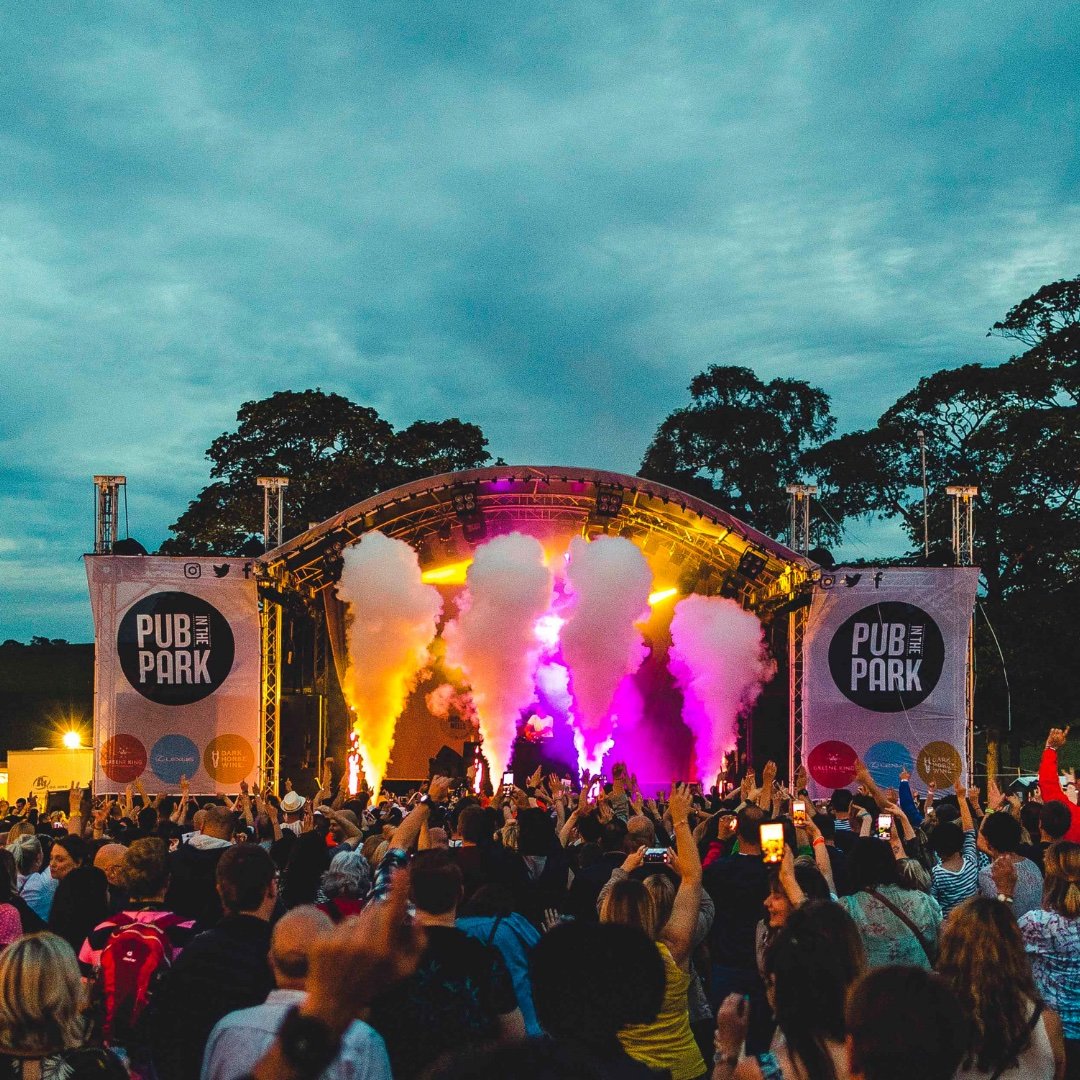 He says tasty food is all about moderation. You can enjoy that burger and fries on a Friday night, while still being careful over the weekend. It comes down to balance. Shows like BBC Two’s Tom Kerridge: Lose Weight For Good have demonstrated that looking after yourself doesn’t mean having a bland diet. His Full Time meals campaign with Marcus Rashford MBE went some way to highlight critical issues about child food poverty and platform the Healthy Start Scheme, which assists people in buying healthy foods and obtaining free vitamins. “It’s primarily driven on Instagram. It allows us to create some really exciting content that followers can engage with but that also has a really important message behind it.”

Last year he helped create a series of short films to raise awareness and funds for those most in need during the pandemic. Save the Children had been collaborating with communities to establish families’ greatest needs. This found that school closures, job losses and economic hardship had hugely impacted youngster’s learning, especially amongst low-income families. Kerridge helped create cooking videos. Little Discoveries sought to get kids making simple, but delicious, meals at home. These also encourage people to donate to Save the Children’s Emergency Grants programme, which provides advice and resources to support healthier development for children, such as supermarket food vouchers, essential household items and books. 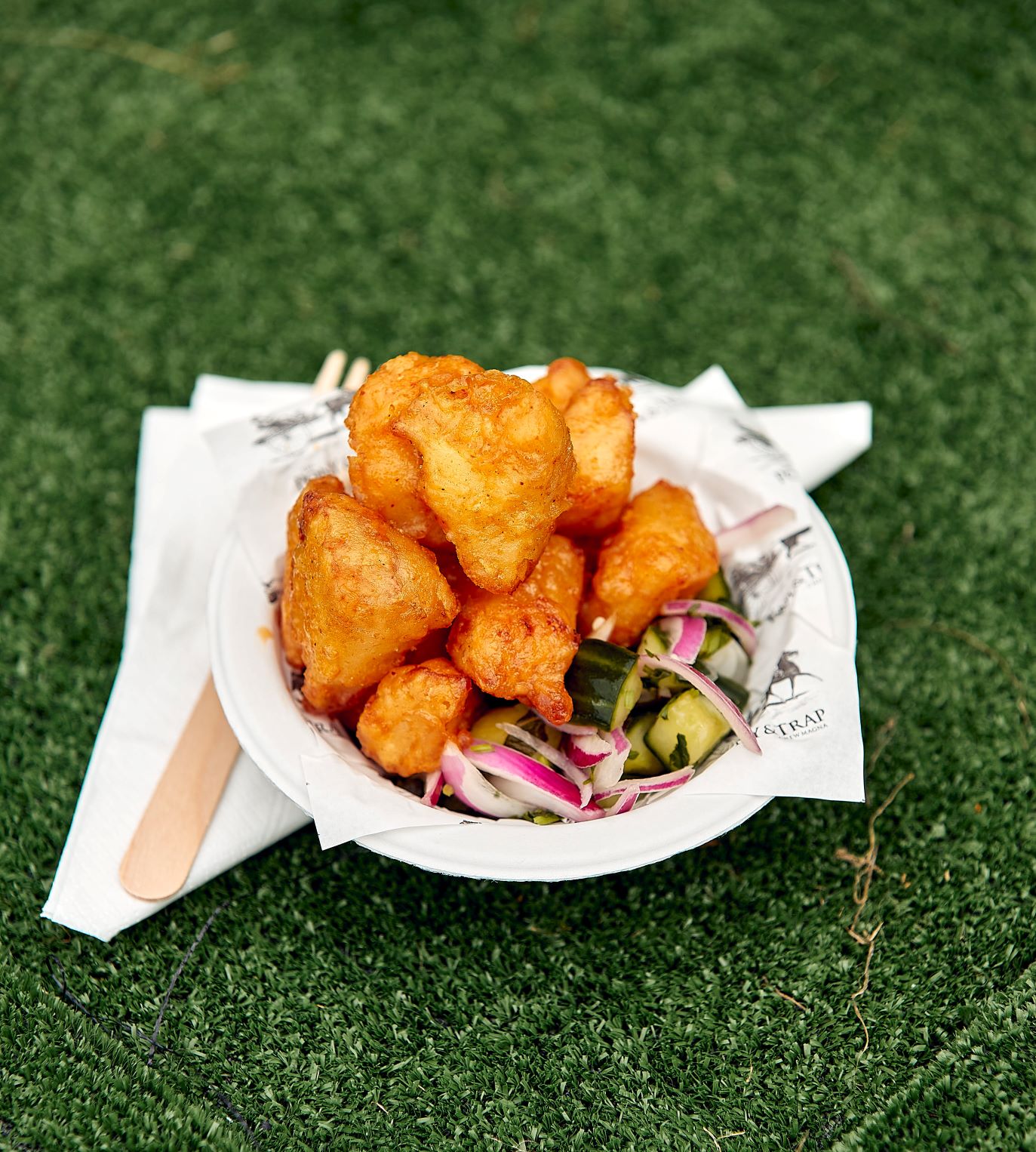 The hospitality sector was especially impacted by the pandemic, and Kerridge says the experience offered a steep learning curve. “It was new territory for us all. We are lucky to have a very loyal and regular customer base in Marlow, which helped during the lockdown.” While his kitchens may have been closed to the public, he used the time to create Meals from Marlow, a project which has now served over 134,000 tasty meals.

It was in recognition of the support his pubs had received from locals in Marlow. During lockdown, there were several issues facing the community. He heard that staff at Slough’s Wexham Park Hospital were working 18-hour shifts, all while eating from vending machines finding only empty shelves in the supermarkets. Kerridge, along with Andy Agar, Chris Hughes and the teams at his The Hand and Flowers and The Coach pubs set up a Go Fund Me page and established a ready-meal delivery service for medical and key-workers. “I’m very proud of it and it shows how strong local communities can be when times are hard. The industry has had to face some really tough challenges in terms of making their businesses more efficient, looking for ways to save money and retain staff as well as work closely with suppliers who are going through similar difficulties, it’s about keeping the relationships strong and working through it together.” What started as a short-term response for staff at Wexham Park, Wycombe General Hospital, Maidenhead’s The Link Foundation and Marlow Parish Council, has now transformed into an independent charity, which continues to assist those in need.

Now all the Covid restrictions have lifted, there’s a new energy flowing through the food scene. People are appreciating hospitality again and embracing its ability to bring friends and family together for drinks or dining. “I hope it will be a summer of people really supporting their local pubs, restaurants and cafes where they can.” Much of the sector overcame the pandemic’s challenges. Businesses have learned to be adaptable, and increasingly recognise that customers have evolving tastes and needs. There’s more focus than ever on the source and sustainability of what we eat, and this could provide opportunities for everyone – from chefs to local suppliers. “Customers are much more aware and interested in where their food comes from, how it gets from pasture to plate and that’s a good thing. It has been great to see the rise of small cottage industry food businesses too, as people have discovered they don’t want that office job anymore and they want to follow their passions.”

Another major factor on pubs and hospitality is the influence of technology on how we discover and learn about food. Or even get it onto a plate. “It’s been huge, from apps allowing people to order takeaway and delivery from a click on their phones, to people checking the social media of a pub or restaurant before they look at the website. Social media is a great way of connecting directly to your guests, engaging with them and sharing content.” Kerridge has played a leading role in removing barriers to experiencing exceptional cuisine, as well as the widening cultural reassessment of the iconic British boozer. The pub industry has seen tectonic shifts in recent years, and there’s significant innovation in the face of demanding circumstances. Creating a friendly atmosphere and offering superb food is just one of the ways pubs are breaking from the past.

Back home in Buckinghamshire, Kerridge opened The Hand & Flowers in 2005. The first pub ever awarded two Michelin Stars, disputing the notion that great food is only for an urban elite. “Thirty years ago, you wouldn’t have expected a pub to have a Michelin Star,” he tells me. “Now, the landscape is very different. It’s no longer about white tablecloths and a suited sommelier, just great cooking. Whether that’s a British pub classic like fish and chips or a great burger, it’s a focus on the quality of food.” Since the smoking ban, and under increased pressure from supermarkets, pubs have realised they need to offer something which you can’t get at home. Broadly, the days of moody and perfunctory drinking holes has long gone. You’re now more likely to find a bright and airy local, with a family-friendly atmosphere, at the end of your street. Huge numbers of pubs are realising the possibilities inherent with offering great food and creating a welcoming space for the entire community. This new attitude is where Pub In The Park finds its core ethos.

A colourful celebration of the best in food, drink, music and socialising, Pub in the Park welcomed over 130,000 visitors last year – making this the biggest festival tour of its kind in the UK. It brings together everything that is brilliant about modern British pub philosophy. When it hits Brighton’s Preston Park in September, it’ll present an incredible line-up of chefs, including the hottest new names in the restaurant world, much-loved TV favourites, and highly-acclaimed Michelin Starred legends. 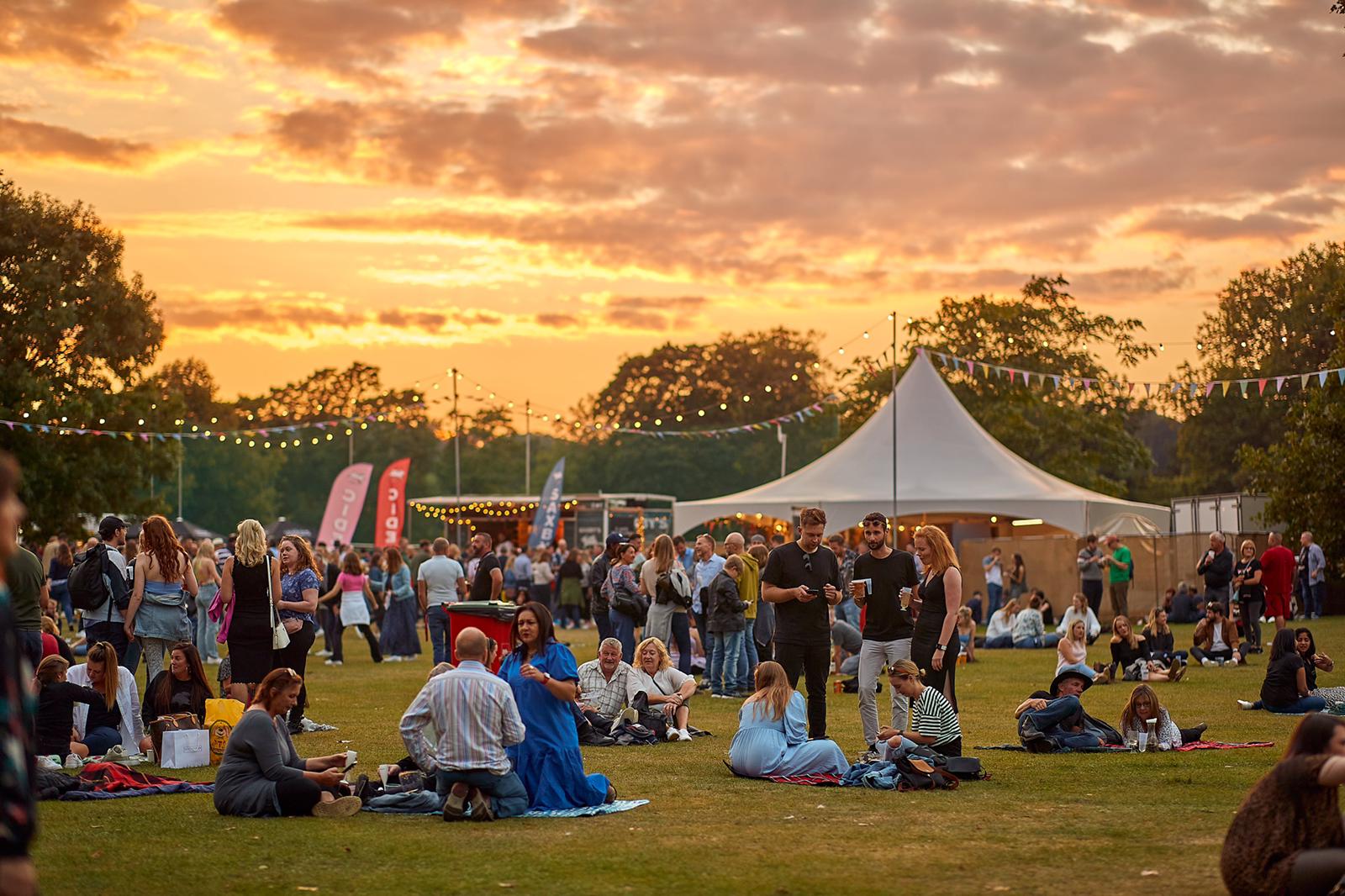 Food is all about the communication, and it’s events like this which help spread ideas and insight. “I love getting together with my chef pals and chatting about all the stuff we’re making at the time. That’s partly what inspired Pub in the Park, loads of different chefs with varying cuisines all getting together in one place to try out their amazing food.” For the peckish, there’s award-winning pubs and restaurants doing pop-ups, demos and a dedicated Kids Area. There are also bars serving anything from cocktails to the finest fizz, spirits to wines and an enormous selection of beers. For those inspired by the afternoon, there’ll be an artisan food market and shopping village. There’s also plenty of food for the soul, with some of Britain’s finest music acts performing over the weekend. From club-classics to classic indie, the delights include 80s electro-pop pioneers The Human League, the hugely influential Soul II Soul Soundsystem and chart-topping local hero, Russell Small. Joining them is impeccable pop/rock from Mel C, the fantastic Toploader and dance music legends, Basement Jaxx. Stereo MCs, silky-smooth soul with Gabrielle, catchy guitar antics from Dodgy and Craig Charles with the finest in soul and funk.

The pub industry has been undergoing a revolution during the last decade, whether that’s with the way it views food offerings, the introduction of craft beers, embracing a wider variety of drinks and providing a more inclusive environment. And it seems like this new and innovative approach will continue. Kerridge says he’s still learning and evolving, both professionally and personally. “I learn new stuff every day. You have to be open to it to grow as a person and I don’t think you are ever too old to learn something new, it’s about your mental attitude to things.” He’s the walking definition of a modern super-chef, reflecting the palates of a nation which has finally woken up to the joys of fantastic cuisine. Whether it’s opening new eateries, appearing on TV or starting a new initiative, he seems to be doing exciting things all the time. But I start wondering if wrangling all the different elements for a festival is like running a frenetic kitchen? “It can be, running a pub or restaurant is like captaining a pirate ship. Lots of different people from all walks of life are thrown together to create something amazing. Pub in the Park is a bigger version of that… a fleet of pirate ships that sail around the country!”

Tom Kerridge will be appearing at Pub in the Park Festival when it comes to Brighton’s Preston Park on Fri 16 – Sun 18 Sept. Tickets and further info available at: www.pubintheparkuk.com/brighton