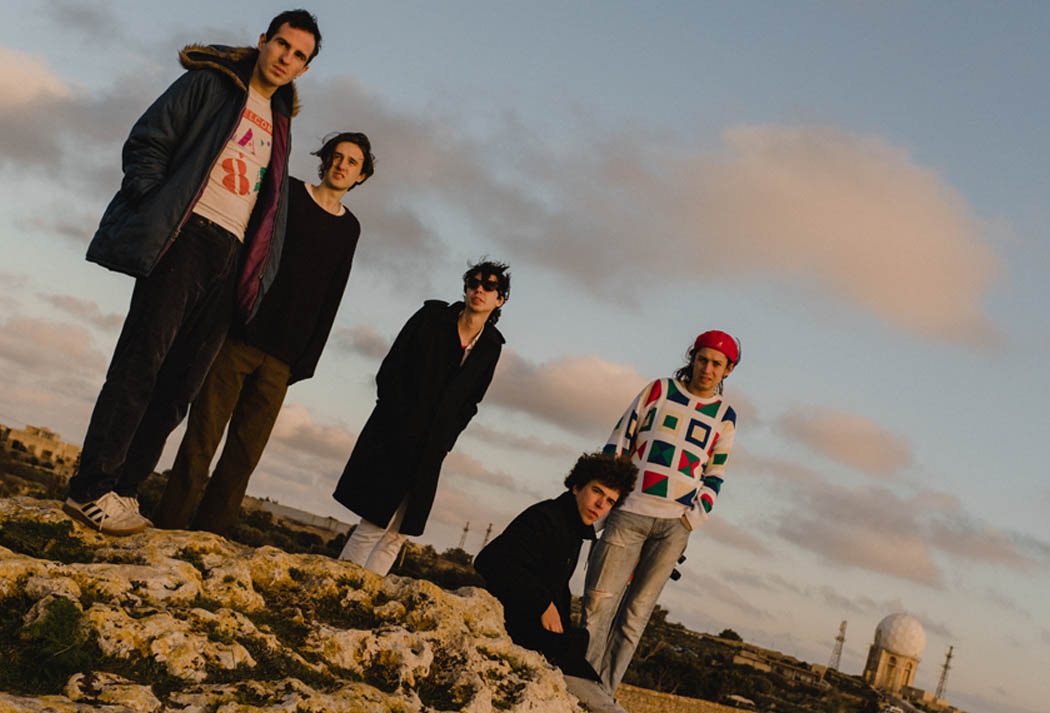 Swim Deep are marking something of a comeback, having recently been Annie Mac’s ‘Hottest Record’ on Radio One and a long-anticipated UK tour about to wind around the country. There’s also their new album Emerald Classics, on their newly formed label imprint Pop Committee through Cooking Vinyl on Fri 4 October across all formats.

Following the release of 2015’s Mothers and a US tour with 1975, the band embarked on a self-induced hiatus to take stock – four years and two albums had taken their dreams and good looks and offered them everything in return – An everything that never quite materialised. Personnel changes, friendships revived, relationships requited sees the original axis of Austin and Cav return together with a steely confidence and a collection of their most fully-fledged pop songs yet. .

The first taste of this new relationship is the gospel infused and spoken word of album opener To Feel Good – Featuring Margate’s Social Singing choir, the track’s a big statement and an even bigger song that transcends the group’s intrinsic feel good factor and DIY ethos of the early days through to the synth-pop strains of Mothers. Evoking a dose of self-loathing in the shape of a particularly dark but wonderfully shot video, To Feel Good opens another chapter in what thus far has been a life-affirming rollercoaster of reality, struggle and proof that you can keep going..

Recorded on the South East Kent coast over a three week period late last summer with Dave McCracken presiding over production duties – who has worked with everyone from Ian Brown to Beyoncé and proceeded to meld the pop sensibility of their debut and the burned out psychedelia of their second.

We caught up with James Balmont from the band, to find out about Swim Deep’s reinvigorated line-up and attitude…

Can we legitimately call this a comeback?

I think we’ve got to let the music answer this question…! We’re definitely back – with a new statement and a new sound and a fresh outlook. For us, it’s simply a new chapter of the same band because we never went on a hiatus or anything. But we’re really buzzing to be touring again and to be releasing new music upon the world, so it’s an exciting return for us.

What prompted the line-up shift? Was it tough finding replacements?

There was a lot of uncertainty after the second album cycle finished, and we hadn’t yet managed to make music that was truly exciting us despite putting a lot of work in. It was a very confusing time for us all, and we completely respected Higgy and Zack’s decisions to move on – which were obviously very difficult ones for them to make. But at the same time, Cav, Ozzy and I felt like the driving force of the band during that period anyway – so in a way, it was liberating to free ourselves up as a three-piece for some time.

Robbie and Tom were quite natural inclusions as the writing process went on. Both came from different backgrounds and different corners of the world. Tom, for example, is one of those amazing musicians who has been in loads of bands we’ve loved watching, like Childhood, Pixx and Fake Laugh. We knew he’d be an asset to our band and luckily for us he was really keen to be a part of it. Robbie knew Cav from some work in the fashion industry, and is a prolific solo musician, so his creative energy was valuable when he joined. Together they’ve brought a lot more drive and creativity to the band so it feels really good at the moment.

Your new album is being recognised as your most mature and powerful yet. Did it feel like that in the studio?

I think maturity comes with understanding and respecting different types of music as you grow up. Over the past few years I think we’ve all really come to appreciate “pop” music a lot more, so artists like Prince and ABBA all ended up being direct influences on the sound of the record – whether you can hear them or not. So that was very conscious, and obviously over the course of making three records we have a better understanding of how things work… so maybe we’re a tiny bit wiser as well.

In terms of ‘powerfulness’ – a lot of that comes from our fantastic producer, Dave McCracken. He really motivated us and made us believe in what we were doing again after we had lost a bit of self-esteem and vision. His energy and enthusiasm in the studio really made us confident and proud of the music we were making. If that translates to a sound that feels powerful then I’m really glad. Also, it being the hottest summer in recent history… and England nearly winning the World Cup during the recording of the album added to that, too!

Where does the love of gospel choirs come from?

I think we can all agree that Spiritualized are a big influence on the band. Maybe not in a huge sonic way, but they are a band we all admire and love. We were lucky enough to support them at Paradiso in Amsterdam a few years ago and it was a really great moment for us. The way Jason Pierce uses gospel choirs makes the music so powerful and ethereal, and that’s always been something we wanted to capture.

On Father I Pray, we were also looking at the Madonna song Like a Prayer, which has perhaps one of the best uses of gospel choirs in pop music. And with Mothers being very influenced by acid house and rave culture, which touches on some of the same concepts of ethereal, spiritual music combined with electronic instruments… it felt like a natural sonic progression for us to get a gospel choir in on the third album!

What have you learnt from the last few years on the scene?

We’ve learnt that once you take a step back from all the major label politics and other music industry bullshit, the real important thing is to enjoy the ride, have creative satisfaction and to just live in the moment. It’s all in the lead single… To Feel Good. It’s a pretty good philosophy of life, I think.

Your shows can be pretty lively. Are you having as much fun as it seems onstage?

Yes, most definitely. I think touring is what we all look forward to the most because every venue, crowd, city is different so it’s always exciting. You never really know what’s going to happen so it’s always a surprise. Performing on stage to big audiences is such a unique pleasure, how can you not have fun?

How is the new label going? What is the long term plan?

The primary plan is to have an output for us to release whatever we want, whenever we want I think. So in that sense, with a new album to release it’s going pretty well!