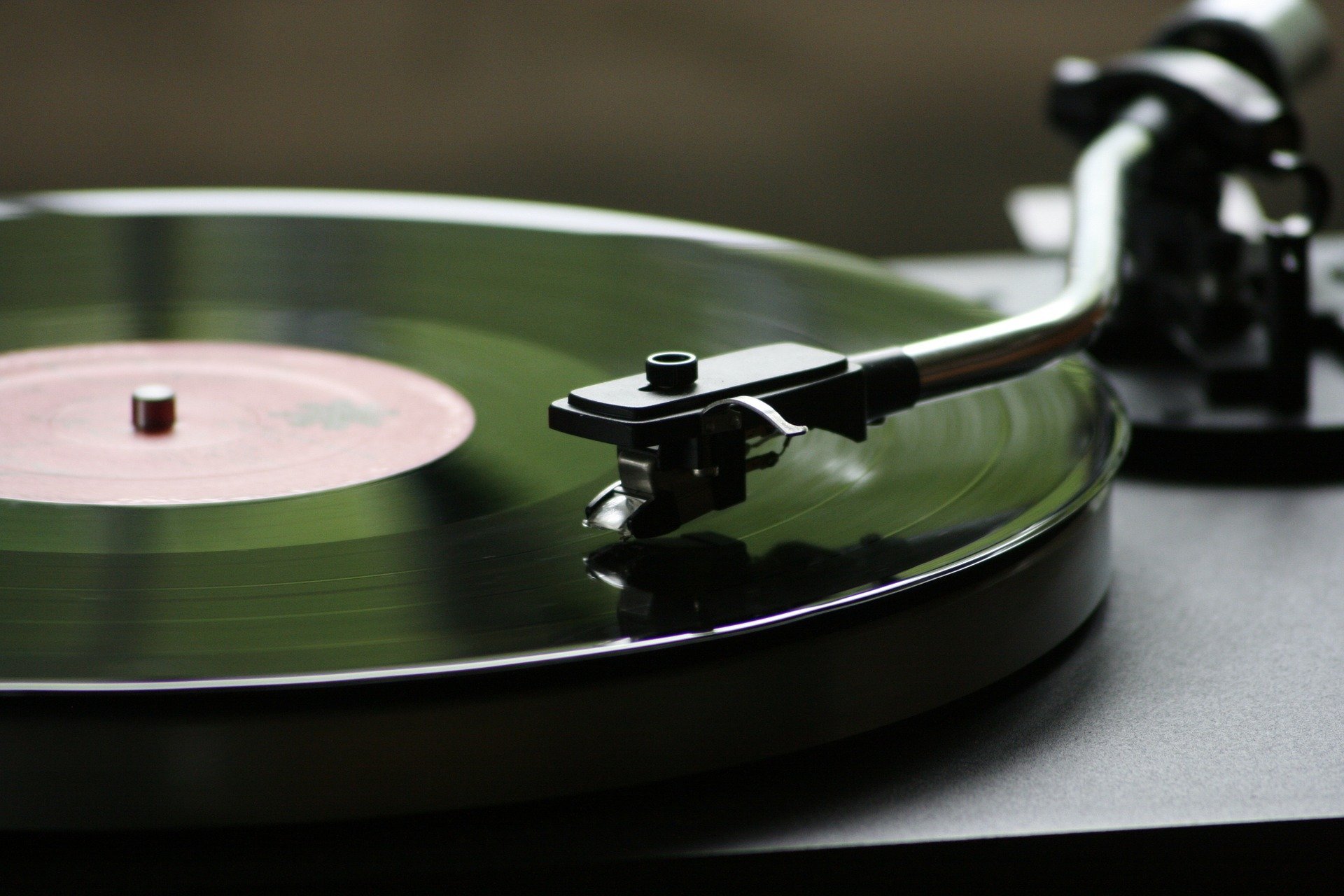 If I hear one more person telling me we’re in testing times, I’m going to have a meltdown. That said, we sure are in testing times. Stress and anxiety levels across the country must be higher than they’ve ever been if my household is anything to go by. There are many ways to try and relax or distract yourself from what’s happening: mindfulness, meditation, exercise, copious amounts of booze, a good book… Sometimes, though, it’s only music that can elicit the requisite emotional response to what you’re feeling, sharing in it with you, or helping to lift you when you need it most.

Below are ten songs that are helping us at BN1 get through lockdown. Calming, soothing, uplifting, think of this little collection as a medicinal compilation, a tonic for the (all together now) testing times! Dare I suggest, Now That’s What I Call Lockdown…? I dare.

Massive Attack – Teardrops
Let’s be honest at the start. Anything featuring the soprano work of Elizabeth Fraser could have made this list. Here she teams up with Bristol bass-heavyweights, Massive Attack, to fashion something quite other-worldly. Distinct from much of Fraser’s other compositions, in that it has formed words, it remains lyrically ambiguous. The ‘love’ discussed in the chorus is likely beyond mere romantic attachment. Written around the time of her friend Jeff Buckley’s death, it’s inarguably dealing with the strange power ‘love’ has over all of us – both physically and mentally. Musically, it’s hypnotically sparse. A simple quartet of piano chords, an instantly recognisable harpsichord motif and softened beats team-up in something utterly delightful.

The Streets – The Escapist
Away from detailing his kebab shop-based seduction failures and getting boxed at illegal raves, The Escapist finds Mike Skinner in a more reflective mood. Written towards the end of The Street’s first iteration, it seems the pressures of fame and its trappings are getting to young Mike. He’s yearning for broader horizons and the freedom to explore his spiritual self. Backed by what could be a proper orchestra (or just clever programming), the track is lent a cinematic edge. It ebbs and soars above Skinner’s plaintive detailing of him ambitions. Bundled in with this, Reggie Perrin style, the track’s video features the King of British bedroom-beats getting on a ferry at Dover – then walking to a remote beach in France, confronted only by clarity, solitude and endless skies. Jay-Z would probably get a limo.

Arcade Fire – No Cars Go
An early release from the Canadian indie-band with the dynamic line-up, No Cars Go seeks escape from an existence, perhaps ruinously, dominated by complication. This should sooth those spirits faster than you can say: ‘an accordion solo?’ Even though the song is slow for an average indie work, it’s clever layering of instrumentation makes it sound far more pumped-up. It twists traditional arrangements just enough to make itself distinctive without being jarring, shifting up and down between chorus and verse. In doing this, it sweeps you away with its almost dreamlike quality. Even if the wistful desire for the band’s supposed paradise is unobtainable, the song alludes that it can still be accessed in those moments before you drift off to sleep. Humans live in hope. That’s what we do.

New Order – Your Silent Face
Part of the same song batch which offered Blue Monday, this tune finds New Order still adjusting to a new identity. Now fully embracing technology, you can draw an almost uninterrupted line between these session’s compositions and that of Kraftwerk’s, but Your Silent Face stands blessed with an ethereal humanity.  Try not to place too much faith in the lyrics though, it’s generally acknowledged Bernard Sumner would just write down anything which rhymed in those days. But the mindlessness and flippancy only add to the track’s strange pathos. It can take on almost any meaning you like. It doesn’t matter anyway. Just listen to those keyboards. Being both primitive and sumptuous simultaneously is an incredible party trick.

Reef – Consideration
In a time when we’re all clamouring for some encouraging news, someone in authority to reassure us that everything will be okay, Reef’s Consideration is the positive refrain we all need. A mixture of relaxing and uplifting, Consideration is the perfect antidote to the withering times we’re experiencing. From the opening lines of “I don’t think that kindness is a weakness; I don’t have a problem with compassion,” its sentiment is tailor-made for the strained circumstances in which we find ourselves. The spectacularly-maned Gary Stringer sounds almost pleading throughout the first half of the song, before it bursts into a determined, rousing crescendo of resilience and optimism that will leave you feeling, paradoxically, that you want to melt into a big leather armchair but also go and wrestle a bear. To get the full effect of this soothing and joyous anthem, find the full length 5.45 version.

The Middle East – Blood
A song that is open to interpretation with regards its lyrics – ostensibly a very personal insight into a family’s story, it could be about three people coming to terms with personal heartache, finding that necessary moment, and allowing themselves to let go. Alternatively, it might be about one person, told from the perspectives of three family members. However you read the story, and whatever meanings you take away from it, you can’t help but me moved by it. A slow build up with a simple string arrangement and delicate vocals, the song adds layer after layer of piano, hypnotic whistles and percussion, before letting go in a howling crescendo of trumpets and choral chants, only to drift back once again to a quiet, intimate finish.

Portishead – Roads
Taken from their seminal debut album, Dummy, this sweeping meditation on facing up to the realities and unfairness of life, showcases Beth Gibbons’ voice at its fragile and impassioned best. You’re immediately gripped by the opening wavy notes played on the Fender piano, unaccompanied until, after 50 seconds, they introduce their trademark trip-hop drum break, accompanied by Gibbons’ poignant vocals to spellbinding effect. The Fender narrates the song from start to finish, occasionally overtaken by imploring, symphonic strings. But, as with all their songs, it is the piercing vocals that stay reverberating in your head long after the song finishes. It sounds as new today as it did when released, over 25 years ago.

Ella Fitzgerald and Louis Armstrong – April in Paris
This 1932 love song to a city was written by renowned composer and songwriter Vernon Duke, the lyrics penned by the brilliantly-named Yip Harburg. It’s been recorded by a veritable who’s-who list of American musical giants, from jazz legends Count Baisie, Charlie Parker and Thelonious Monk, to the elders of America’s golden age, Frank Sinatra and Andy Williams. I’ve not heard them all, but my favourite of those that I have is this glorious duet by two doyens of the jazz age. From the opening, smoky notes on the piano, you’re transported away from lockdown and into a nostalgic Paris of yesteryear. It feels like two old friends sharing a beautiful memory, and the gentle, dripping trumpet solo has you sighing in blissful contentment. I defy anyone to not feel soothed after listening to this.

War on Drugs – The Haunting Idle
Maybe a controversial choice, but this three-minute instrumental of prolonged violins and distorted, weeping guitars is my go-to reset button. It doesn’t follow any normal structure of a song, or even an instrumental, it just kind of meanders along, seemingly doing its own thing, but inevitably taking you with it, on what feels like a barren landscape with secrets just out of view wherever you look. And if that sounds a bit wanky and pretentious, I couldn’t agree with you more! But I stand by it! It’s difficult to precisely pin down the words to describe it, but it evokes mystery and intrigue and the use of the word “haunting” in the title couldn’t be more apt.

The Red House Painters – The Katy Song
A simple bass-like guitar melody feels like the secondary voice of a duet with the mesmerising baritone of lead singer and primary songwriter, Mark Kozelek, in this gloriously plaintive song about breaking up with someone. Half way through this nearly eight-and-a-half-minute song, the words give way to non-lyrical vocalising, instrumentals and gentle, stuttering drums. This subsequently plays out, essentially on repeat, with only nuanced changes, for the remaining four minutes or so, which sounds like it should be tedious and monotonous, yet is anything but: it’s dreamy and hypnotic and every time I listen to this song, I always feel like it finishes too soon.