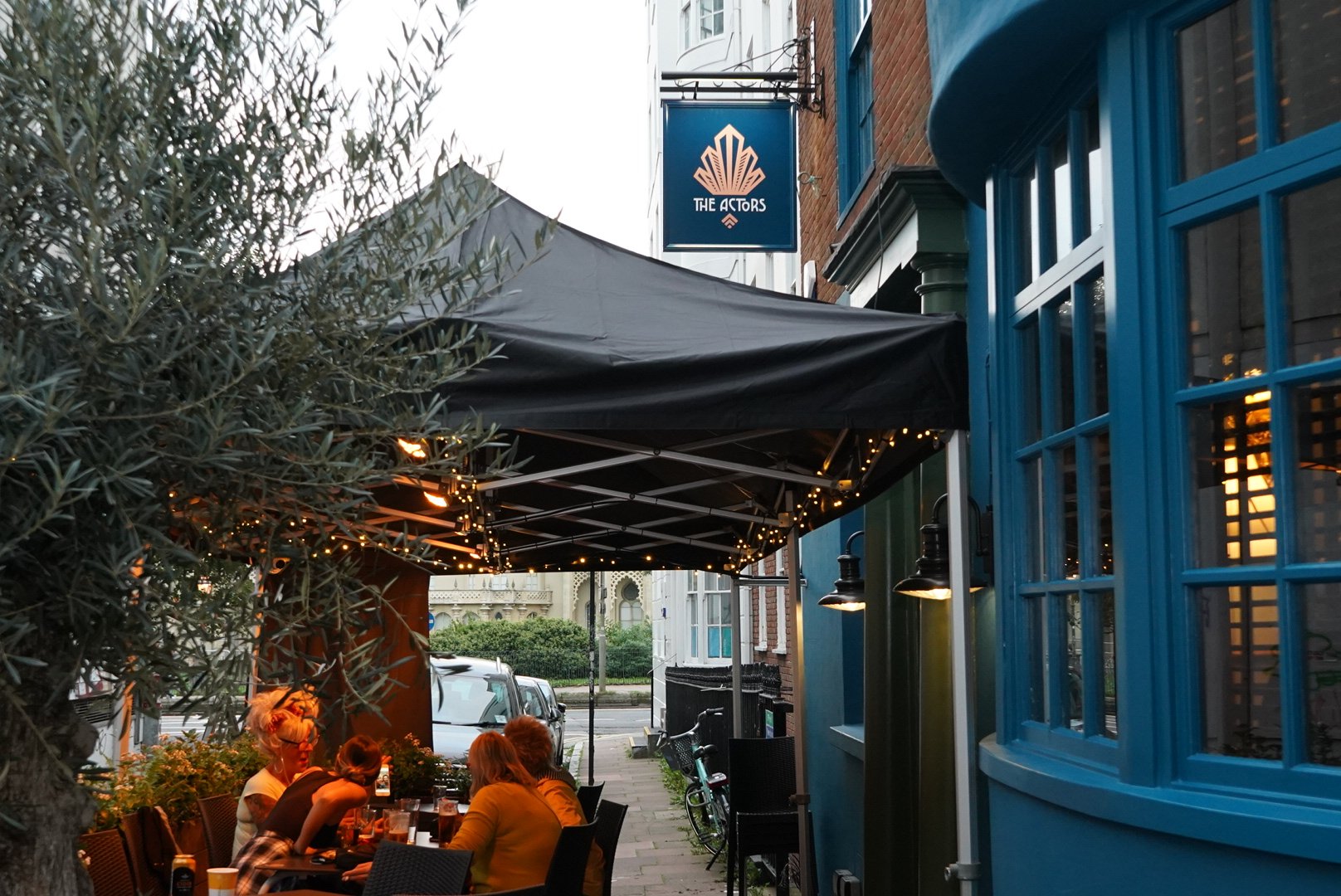 The Actors is open!

Having opened on the 1st of October, The Actors is proving to be a suave and stylish successor to the legendary Marlborough Pub and Theatre – the absence of which is something that has been sorely felt by many around Brighton and Hove. However, with all-new décor, and leaning into the theatrical roots of the building, the newly renovated pub is already proving to be a great spot to grab your favourite boozy-or-not beverage. The crew at The Actors have hit the ground running and are showing no signs of slowing down.

It makes sense that The Actors is going for a distinct vibe change from The Marlborough’s. With both the new pub and its predecessor being part of the LainePubCo roster, those in charge undoubtedly knew that The Marlborough was and will always be ‘The Marly’ – so The Actor’s having its own identity is a smart and welcome move. The pub feels notably thespian, decked out with ruby sofas and trendy teal tiles. A wall of portraits (presumably old actors, excuse my ignorance) sits opposite one side of the dual bars, while around the other you’ll find larger than life models of the comedy and tragedy masks. A personal favourite touch is the big castle wall-esque stage for the pizzas (served up by Decked Out Pizza Co) to slide through for delivery. Even though the upstairs theatre is still under renovation, The Actors isn’t shying away from a showcase of the building’s theatrical past.

Despite only being open for a short amount of time, there is already plenty to do other than drink at The Actors. On Wednesday evenings you’ll find an Open DJ Deck to throw down some tunes on, while on Saturday evenings you can dance to whatever DJ has been booked for the evening. Plans to start a poetry night on Tuesday’s are being put in motion, due to start in November along with the serving of mulled cider and wine to get you feeling festive. On the festive note, the pub is already accepting Christmas bookings, with a 40-person capacity snug bar area for larger parties. With all of this already going on, it’s going to be exciting to see what goes on once the theatre space reopens above the pub!

The city of Brighton and Hove is filled to the brim with pubs – and being the new kid on the block while having to fill big-brother Marly’s even-bigger-boots is a tough scene to make an entrance in. However, and I’m pleased to say, The Actors has burst onto the stage with style and aplomb. In the safe hands of the LainePubCo and serving great pizzas, The Actors is a great place to grab that after-work pint or for a good night out. Of course, reading about a pub is no way to truly capture the vibe. The best thing you can do is head down to The Actors and check it out for yourself.

The Actors is open every day from midday. (Until 12am Sunday-Thursday and 1am Friday-Saturday)

You can check out The Actors on social media: