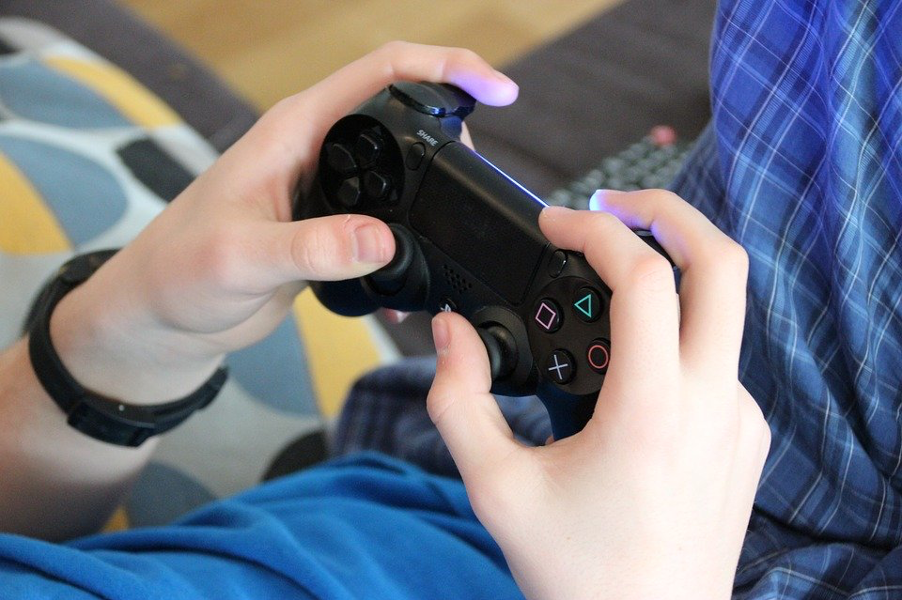 The Best Upcoming Video Games to play in 2020

When various industries of the world are facing a difficult time grinding out profits at this time of the year, there is one industry that will benefit even more than they already have.

With release dates of films being postponed, sports events being cancelled, and social gatherings banned one can be out of options in terms of entertainment. How long can one binge on online streams? With many people self-isolating and staying at home, gaming could be one option to keep one’s idle mind at work.

Therefore, here is the list of the best upcoming games of this year.

Raider franchise) brings one of the most anticipated games of the year, Marvels Avengers.

This game will feature the same cast of characters from the long-running film series, including Captain America, Iron Man, Hulk and Black Widow but they are not voiced by the same actors.

The storyline stands apart from the MCU timeline and follows the group coming back together after a five-year gap to save the world from an imminent threat.

The idea of a AAA (high graphics), non-movie-based Avengers game is certainly exciting, even though Crystal Dynamics’ Marvel’s Avengers didn’t make the strongest impression with its first glimpse last year among the gamers and the fans.

The realistic character designs seemed a jarring and fans were not sure if gameplay would live up to the franchise’s glory. But recently, the hype for this game has been on the rise.

One can assemble up to teams of four players online, master extraordinary abilities, customize a growing roster of Heroes, and defend the Earth from escalating threats. This game is not just for the video game enthusiasts out there but also for fans of MCU.

Watch Dogs Legion is the third in the Watch Dogs series created by one of the leading video game companies, Ubisoft. It is set in a fictionalised dystopian version of London

where the protagonist takes on a private organisation called Albion.

This organisation has grown into a threatening surveillance state that’s distributed riot drones across the capital to keep people in line.

Unlike previous Watch Dogs games, Legion brings a neat twist; every character in the game is a potential protagonist to recruit to the cause. Every character has a unique skill that can be used before hopping into another member of your budding resistance movement.

The gamer can control anyone wandering around the city, including a hacker grandma. But when they’re killed, they’re gone for good.

Each Watch Dogs game has come with a very different location and tone, all united by action amidst an increasingly tech-enhanced urban society.

Watch Dogs: Legion jumps across the pond, as Ubisoft’s latest open-world game looks to take on a post-Brexit authoritarian regime.

The Last of Us Part II was first teased three years ago, and it has been seven long years since the original game, The Last of Us, was released. It was Stuff’s pick for the greatest game ever when it was released.

apocalyptic fictions ever created, so the long-awaited second instalment has much to live up to.

Set several years after the original, it sees an older Ellie (protagonist) set out intent on revenge against enemies, and reunifying with surrogate dad Joel in the course.

The ending of the original game lives long in the memory of the gamers and The Last of Us 2 is bound to deal with the consequences of it.

Like all of Naughty Dog’s games, The Last of Us Part II looks to be worth the extended wait, digging deeper into the tale of Ellie as she grows as a character amidst the uprising and gains a reason to seek out revenge.

The Last of Us Part II looks incredibly harrowing and intense, not to mention incredibly well-produced.

Can CD Projekt RED outdo Cyberpunk fiction what it did for open-world fantasy with The Witcher 3? This is the biggest question in the minds of many gamers, fans of the Witcher series and of course the loyal followers of Keanu Reeves.

From the game trailer and gameplay video, Cyberpunk 2077 has sort of a futuristic Grand Theft Auto kind of aura, with body modifications and incredible-looking cinematics.

This game takes place in Night City, California with the surprise addition of Keanu Reeves as a character in the game. The player takes the role of a mercenary in the open-world metropolis.

The Witcher 3: Wild Hunt, was one of the most critically acclaimed games in recent memory which inspired a hit Netflix series, Witcher. Due to this, CD Projekt RED has a lot to live up to and fans have been waiting for Cyberpunk for years; ever since the game was announced back in 2013, and it was one of the hits of E3 2019.

Gaming is one of the most underrated industries in the world and the kind of money and effort it takes to develop games of any kind is not understood yet by a large section as a viable career path.

However, it is now growing. People have started accepting it as a serious way of making a living and also understand that it’s not “just a game”.

Hundreds of thousands of people have made a life around gaming and streaming. With so many games releasing this year, all of the players have been extremely excited to be a part of them.

A lot of work goes into developing a good game. Unique Gameplay and good graphics are not the only things a gamer looks for in a video game. From storyline to character development, from playable characters to unique antagonists, from weapons to achievements, everything matters. A game is created out of ideas and imagination of one and the execution of many.