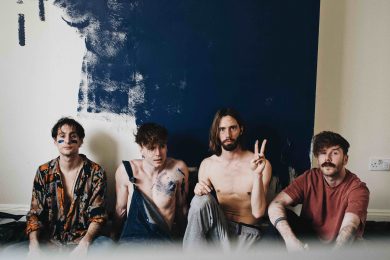 Brighton-based rockers The Big Push released their EP Can Do, Will Do last week. It offers six tracks, including the previously released singles Watch Out and Xbox Marijuana, and is available to stream/download now.

Starting out as buskers around Brighton & Hove, they would jam together in the street to develop their powerful live sound. Making rock’n’roll music which embodies the raucous and passionate energy of their live shows, The Big Push blend anthemic riffs and showcasing their intricate musicianship. During their short time together, they have garnered an army of loyal fans all over the world. The Big Push have also amassed a whopping 4.3+ streams on Spotify alone, and over 28 million views across YouTube, which is no mean feat for an independent band. 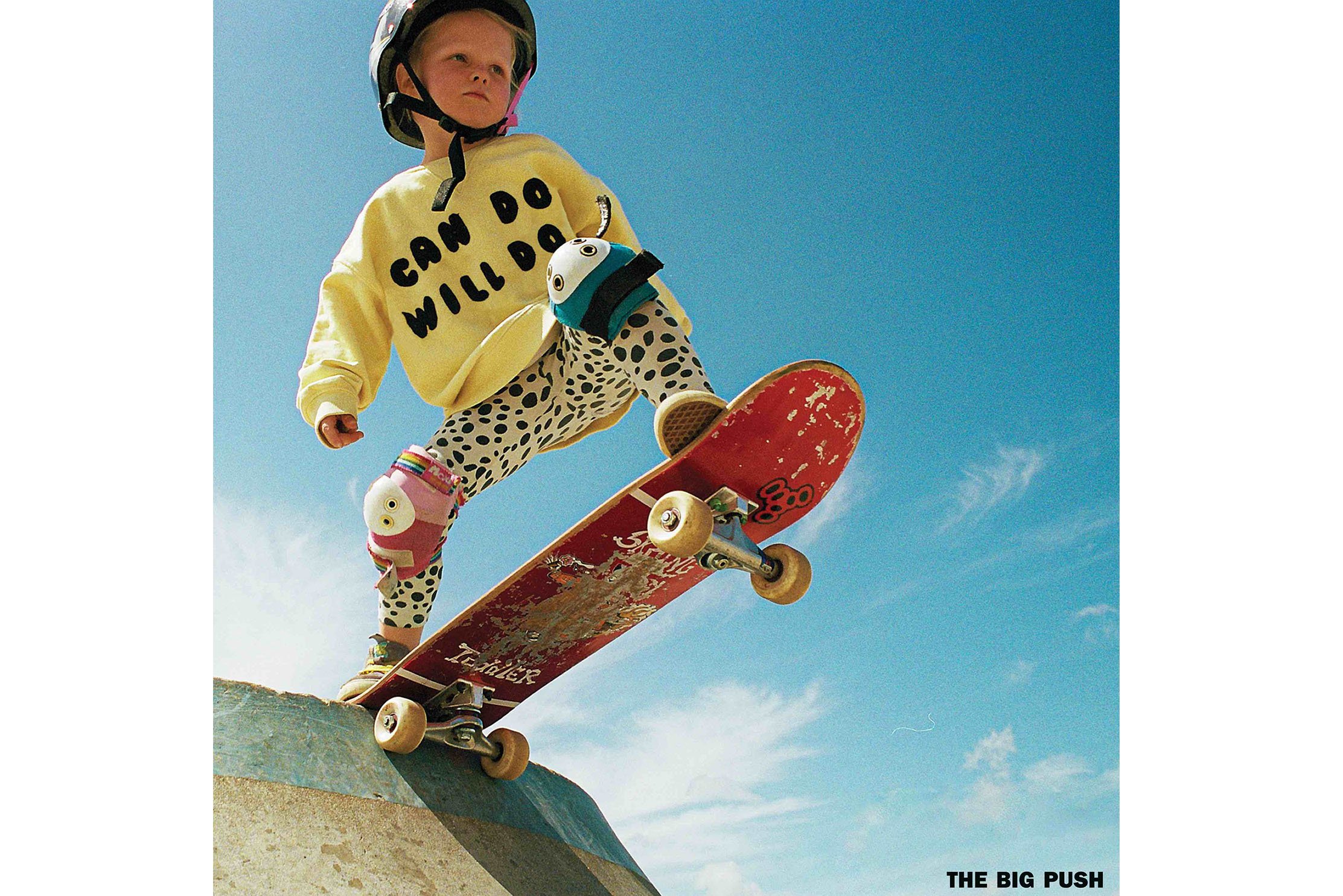 Consisting of Romain Axisa, Ren, Gorran Kendall and Glenn Chambers, The Big Push are also heading out on a sold-out UK headline tour in August and September.

With the Brighton-based outfit releasing their EP, Can Do, Will Do last week, we caught up with Gorran fora chat

Did the EP meet all your expectations and ambitions, or has it just created a whole set of new ones?

We’ve been dreaming of releasing an EP ever since we first formed the band, so having finally done that, you could say our expectations have been met just in that alone! Creating this EP was an amazing experience, when we started working on it throughout lockdown we were buzzing to get into the studio and work on all these new songs. There are three songwriters in the band, so we tend to write quite quickly and by the time we’ve released something, we have already out-written it by an album or two.

We are always trying to share our best work, not just what we think will do well to propel the band, but what we enjoy the most too and what we think is most interesting. We feel like the songs on this EP have met what we set out to do when we wrote it. Now we can’t wait to share everything else!

You’ve sold-out your upcoming tour, which is an amazing feat. How does that feel?

It feels incredibly surreal! We’ve only ever done two ticketed shows in proper venues and outside of that, over the last few years we have spent all our time playing in the streets and small pubs around Brighton. When we did those two shows it was a hell of a jump so I can’t imagine what playing to a room full of fans in say, Manchester or Glasgow is going to feel like! None of us have ever been on a proper tour before, we’ve never even been half the places we are playing shows in – haha. Excited is an understatement, we are fucking buzzing to play! Can you swear in this article?

There seems to be almost a surf-rock aspect to your music (which is perfect for a seaside city!), but what other influences do you all draw from?

Oh that’s really cool, thanks! I mean I do like a bit of The Beach Boys, haha. We are influenced by a variety of music and all sorts of genres. From hip-hop to folk and reggae three of us are also solo artists outside of the band and individually we all hold our own musical influences. That said we all have quite a wide taste and share a lot of favourites too which influence the band. For example, 70’s and 60’s rock bands like Led Zeppelin, The Rolling Stones and of course The Beatles. Some nineties Brit-pop stuff like Blur etc American grunge like Nirvana or The Pixies or later rock resurgence bands like The White Stripes, The Strokes and The Black Keys.

Do you think coming from a busking background has made you better live performers?

Absolutely! When you rely on it to afford food and a roof over your head, it means you are playing every single day. Which means not only are your practicing every single day, but you’re learning in front of people, so performance becomes second nature. It also forces you into thinking on your feet – we love to improvise and jam things busking that we’ve never played before in front of an audience. As a band, playing this way has meant that our music communication with one another has gotten really good A lot of our covers and videos online have evolved through playing live together, and it’s only taken a little looking at in rehearsals to consolidate what has mostly come through jamming – some of them are just jam sessions which we’ve either played once or twice or never before – and these videos always do the best!

We loved the video to Watch Out. Was this perhaps a goodbye to your busking days, or can Brighton’s streets expect you to pop up from time to time?

Oh, not at all, busking just keeps getting better and better the more we do it! It’s something we’ll always do because it’s where we started and it’s so different to playing a gig. As the band gains momentum and we gather new fans, the crowds are getting bigger – it’s beginning to get a little out of control these days and we absolutely love it.

Serotone and Motive start 2016 at The Arch

Over 28 million views on YouTube is an astonishing accomplishment for an independent band. Is this a sign that social media has democratised music, or is there another reason behind this success?

I wouldn’t say democratised exactly, but I do think it’s made it easier for bands to have a voice. Whereas before you would rely on a label for recording and distribution – now you can do all these things at home. However, it’s difficult to get the initial ball rolling and just about every other person is a musician trying to promote their music. This and also because of the way algorithms work, in some ways it’s actually even harder for a new band to break through – there are a lot of voices! In our case we’ve worked really hard and been really consistent, and I think having a fairly unique approach like busking has helped as well.

Could we be entering a golden age for grassroots music?

Potentially. There is so, so, so much out there! It’s just about keeping your mind open and looking for it. Although something like Spotify can be great at showing you something you’ve never heard of, again because of the way algorithms work online, you can end up with being shown a lot of the same. We’re very fortunate in Brighton to see so much music on the streets and eventually in bars again, it’s important to shop local!

Is there plans for producing an album? Are you nervous about the undertaking or are you more ‘Hey! LET’S GO!’?

Definitely, well up for an album, it’s already pretty much written itself a few times over, but right now we want to focus on promoting the EP and preparing ourselves for our tour…

The Big Push’s EP Can Do, Will Do, is available now, through all good music platforms. They also play a sold-out show at Brighton’s CHALK on Thurs 9 Sept 2021