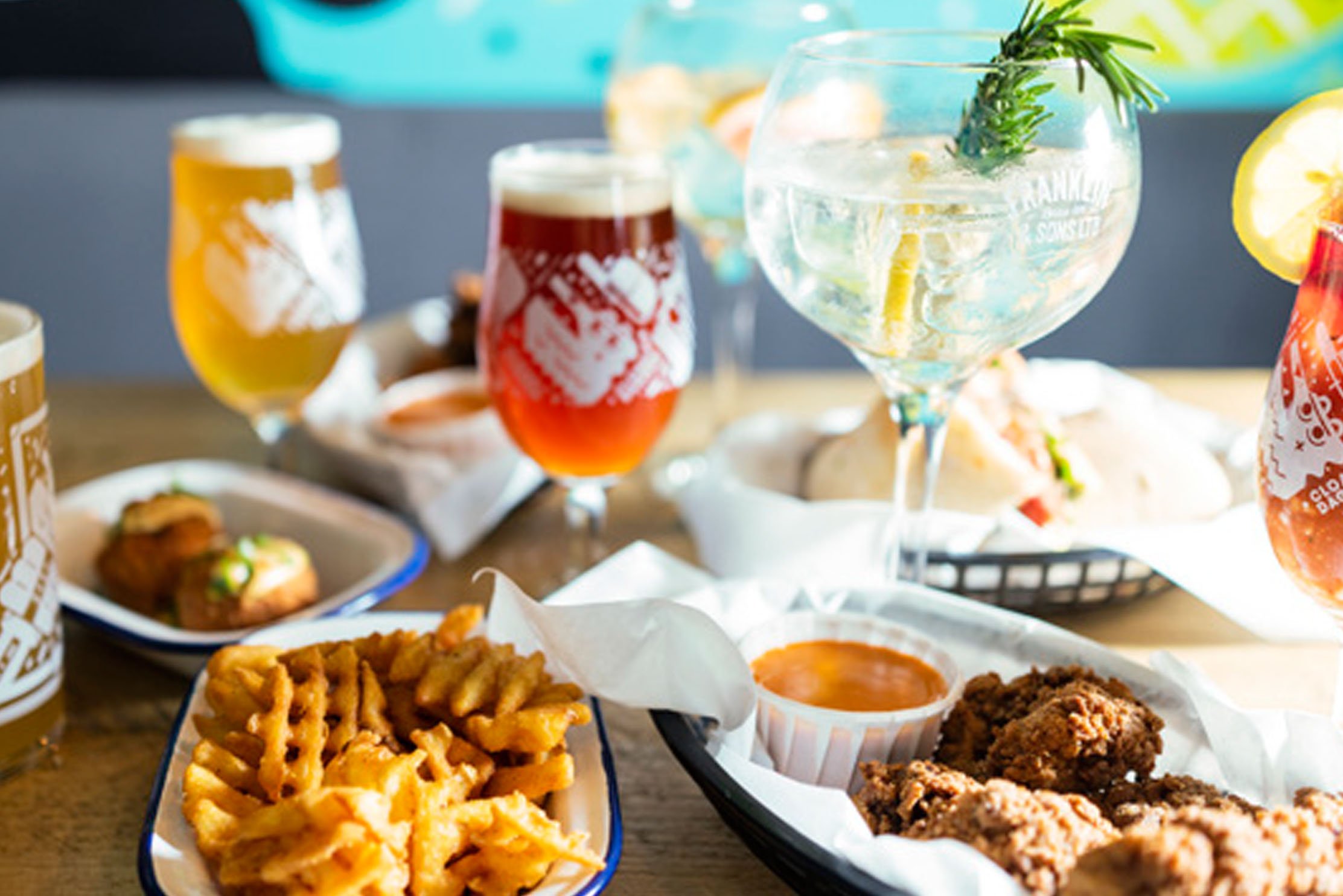 Tucked down St James Street you’ll find a new bar that boasts crafts beers from their own brewery, along with a tasty menu filled with “filthy” bar bites and soul food from award-winning Lost Boys Chicken.

They have developed a party vibe in the evenings with DJs and live music, the Cloak Room recently hosted the afterparty to this year’s Brighton Beer Festival and they have 14 taps of craft beer, four to five of them being from their own brewery Cloak + Dagger.

House beers are brewed locally in Franklins Brew Co. in Ringmer and cans of Cloak + Dagger can be found elsewhere at pubs and restaurants such as Brewdog, Prince Albert and The Salt Room as well as retailers like Seven Cellars. After being voted the Best New Brewers in East Sussex in the Rate Beer Best Awards last year, make sure you grab a can or two.

Rufios run the kitchen with their mouth-watering buffalo style fried chicken and American influenced menu. The Lost Boys have already caught the attention of Brighton foodies after they took over the kitchen at The Joker in Preston Circus two years ago.

With a menu brimming with comforting soul food and bar bites, there is a lot of choice. Tucker recommends the mac and cheese balls, kriss-kross fries, fried chicken dunks, and a fried chicken parm burger. Whilst we were definitely ordering with our eyes, the prices and combo deals allow you to overindulge without breaking the bank. 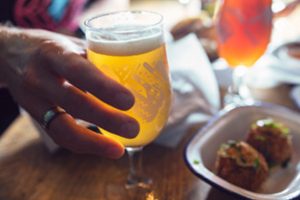 The mac and cheese bites (£4.50) are stuffed to the brim with rich cheesy goodness and sealed in a crispy coating. Dip them into their homemade hot sauce, ‘Wendy’, for an extra kick.

The chicken in both dishes was full of flavour. The juicy fried pieces of chicken are sprinkled with chili and herbs and come with a choice of sauce, we tried ‘Thuddbutt’ which had a good level of spice. They come in sets of three (£6), six (£11), or twelve (£22). Slathered in sauce, you are not going to want to share these!

The portion size for the burgers are also very generous, we tried the fried chicken parm with a lavish chunk of chicken enclosed in a light bun soaked in Ruffio’s pizza sauce and basil mayo. This burger is perfect for summery lunches due to its light sauce and tantalising deal of burger with a side or beer for £10.

The music, aesthetic and general atmosphere of the Cloak Room is very inviting, relaxed and welcoming. The artwork in the pub is inspired by Cloak + Dagger’s bright and bold branding, the paintings plastered across their booths and prints featured around the venue were designed by co-owner Leigh Pearce.

With homely heart-warming food, a fantastic selection of craft beers on hand and friendly staff who are very attentive, the Cloak Room is an interesting and tasty addition to Kemp Town’s bar scene. Beers and other beverages are available every day of the week, and the Lost Boys menu is available Thurs – Sun. Currently the guys at the Cloak Room are preparing to be a brand-new venue in the Pride Village Party zone in August.