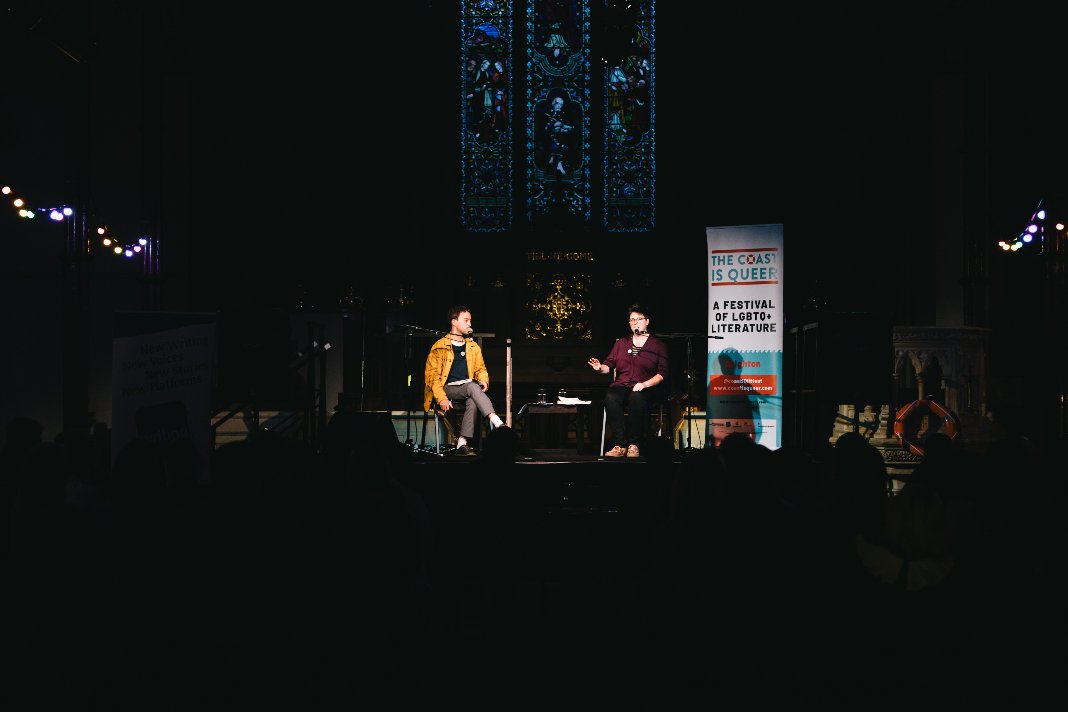 The Coast is Queer Review

‘I like to make a moment, momentous’ Eley Williams, the opening speaker of new Literary festival The Coast Is Queer tells us. She’s speaking to Simon Richardson, BBC Arts/Books Audio producer at The Spire in Kemptown, an in-refurbishment church which has been adorned with multicoloured fairy lights and an audience packed with queers and allies.

This festival certainly is momentous. You would expect Brighton, in all it’s brilliant gayness and inclusivity to already have a queerlit festival but actually, The Coast is Queer is the first in the city. The festival is a collaboration between New Writing South and the Marlborough Theatre.  Over the course of a long weekend, writers, performers, activists, academics and readers come together to celebrate queer lives and writing.

Writer Eley Williams has been thrown into the limelight over the past two years. Her anthology [Attrib and other Stories] won the republic of Consciousness Prize and one of her tales has been included in the latest Penguin [Book of Contemporary British Short Story] alongside the likes of Zadie Smith and Ali Smith – (“All the Smiths are in there!”) Williams read ‘Smote’ from the [Attrib.] anthology which tells of one of those barely-there-yet-all-important moments. Barely a second passes as the first-person female speaker stands in front of a Bridget Riley artwork with a second female and ruminates, questions, panics the possibilities of kissing her in the gallery. She fears that the security guard is watching them, pointing his torch in their direction. She observes as fellow, heterosexual couples, caress without worry. Punctuation is thrown aside to mirror the breathlessness of the speaker and so the room became breathless as we each recalled a time where we had wanted to kiss someone but hadn’t, for the shame of what others might think. “I’m sure there are rules about this kind of thing on a noticeboard somewhere, that we can ignore, and others can misread.”  Signs that all the audience members know well but are happily absent at The Spire. After Williams’ (rather trance-inducing) reading, she opens us to her world of words. She loves the stream of consciousness narrating an insignificant detail. She adores lexicography (the basis of her PhD) and ‘mountweazels’ which are fictitious words inserted into a dictionary as a copyright trap. She enjoys twisting expressions so they have numerous meanings, complexities and puns. She is lovely just to sit and listen to. Oh, and the speaker in ‘Smote’ didn’t kiss their partner, they were kissed by them – “I am strobe-hearted… and you spectrum me, unexpectedly.” 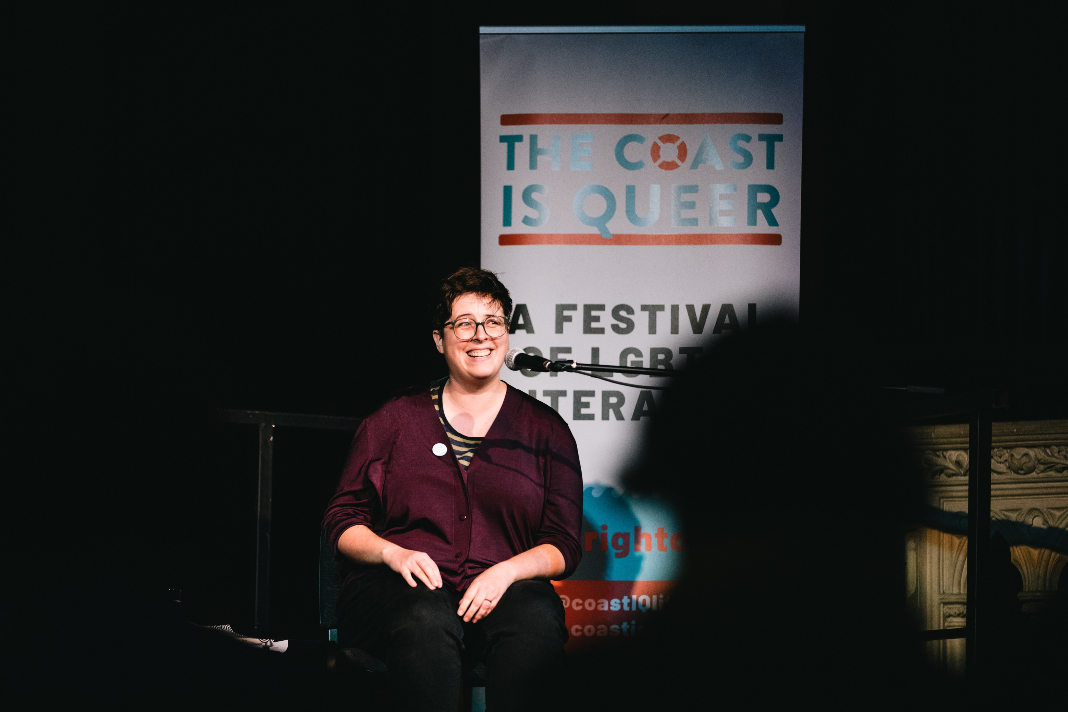 The Devil’s Dyke Network followed Williams, a collective of intersectional feminist artists that were absolutely mesmerising. Also, buckets of fun. They each introduced one another, my favourite being: “Everything she has written is a banger, this poem is a banger, and I’m sure everything she will write will be a banger.” It must be quite daunting getting up in front of a loud, and appreciative, audience and reading your poems but the collective did phenomenally well and there was something in there for everyone. With musings on the bourgeoisie (where the author sang lines from Pulp’s ‘Common People’ – amazing), audience participation (to create atmosphere and also nice heckling) and of course, queering. They weren’t polished, in fact, one poet stopped halfway through a sentence and said: “I just have ‘something’ in asterisks so if you have any thoughts for a word here, come and speak to me afterwards.” They were messy and happy and so supportive of one another, an echo of the LGBTQI+ community really.

To top it all off, City Books – Brighton & Hove’s biggest independent bookshop – were there with a completely queer bookstall. It was a thing of absolute beauty. A momentous moment indeed.