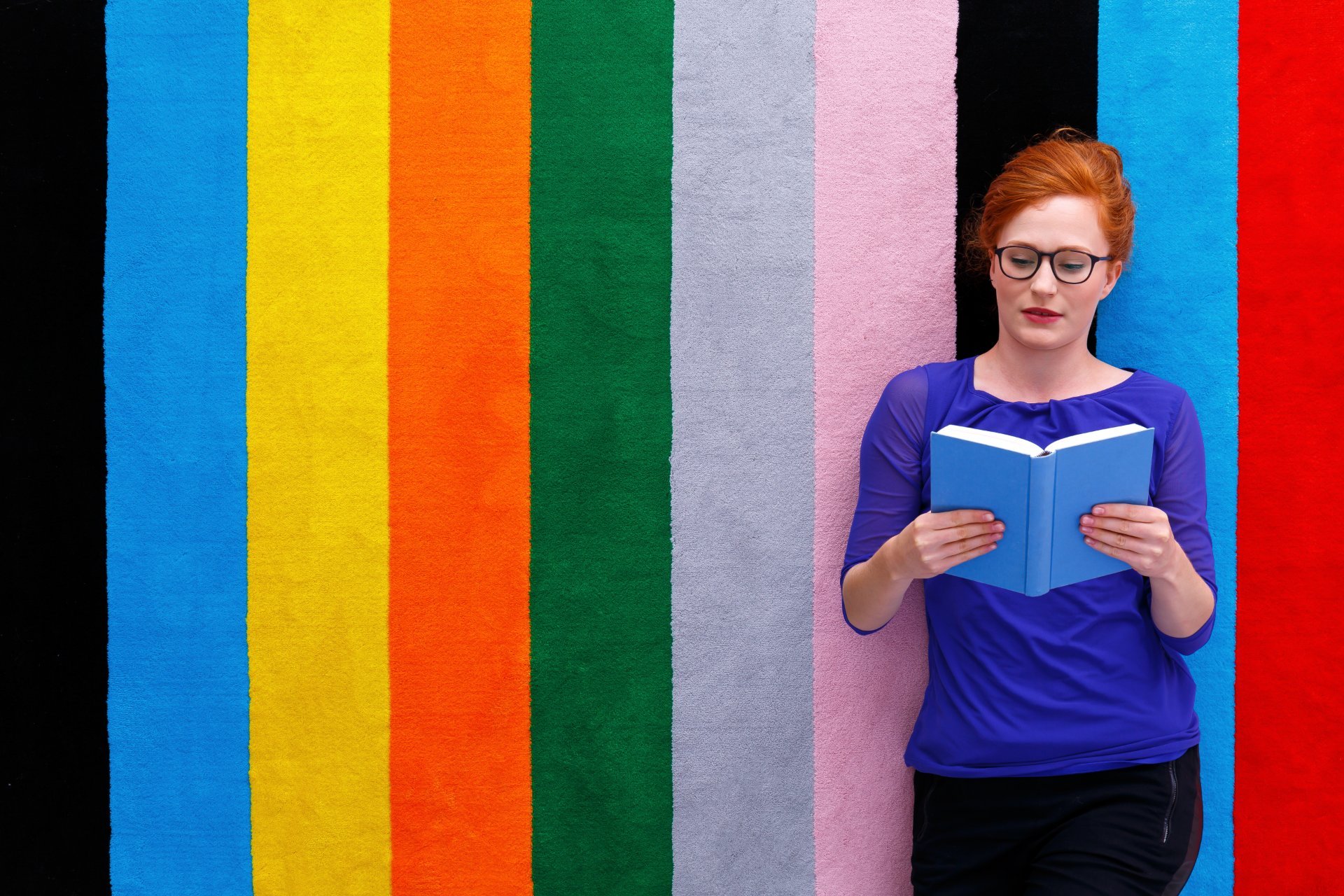 I believe it was the Greek philosopher, Aristotle, who first coined the phrase, “life in lockdown is like one giant long kick in the nards.” And, as I look down at my bloated belly and rapidly atrophying limbs, I can’t help but feel that, much like with his biological classification system, he was, as Charles Darwin would later so eloquently say about that early form of taxonomy, “bang on the shitting money.” (Quotes may include elements of paraphrasing, exaggeration, and total fabrication).

As we look to come out of lockdown (for about an hour, before everyone hugs everyone else and the second wave sends us back to square one), and reflect how the last three months have changed our lives in surely a more all-consuming fashion than most of us have ever experienced, the time can be split into two distinct categories: vast stretches of grey, mind-numbing boredom, and the odd highlight. Thankfully, with the archaic and selective memory system I was installed with, my mind tends to blank all the dreary, grim parts, and remember the highlights. So, what highpoints have breached that bland grey sea and got me through the last few months in one piece? Well, thanks for asking. I shall tell you.

Jigsaws
Once I’d got over the harrowing self-reassessment and subsequent realisation that I can actually pass the time quite comfortably slotting oddly shaped bits of cardboard back together in a pointless quest to reassemble a picture that was needlessly destroyed in the first place: once I was able to look in the mirror and say aloud, “My name’s Simon, and I like jigsaws,” and still accept myself as a human being, I went jigsaw crazy.

I reached levels of jigging (that’s what us professionals call doing a jigsaw – or, a j-dog) that would blow the socks off the most professional of jiggers. I was jigging left-handed, right-handed, round the back, showboating to the crowd who were cheering for more (if my other half counts as a crowd, and rolling her eyes counts as cheering). I jigged cityscapes, landscapes, animals, 500-piecers, 1000, 2000, a billion! Well, not the last. Or the first or third, in fact. I actually only did four j-dogs, but goddam I nailed them.

My partner and I love nothing more of an evening than sitting back and watching the 17 hours of slow-mo footage on my jigsaw highlights reel. Although she’s sadly had to a miss a few viewings recently what with her eye doctor saying she shouldn’t look at any screens, or be next to me, for the foreseeable future. And as she rightly reminds me when I explain that the jigsaw’s been away for several days, and she can come and sit next to me on the sofa if she’d like, you can never be too careful when it comes to health.

Books
I’ve turned into what 10-year-old me would’ve called a nerd: as well as boshing out jigsaws left, right and centre, I’ve been reading books like there’s no tomorrow. Well, I say “turned into”, it would be more accurate to say “continued being”, but I’m happy to own my nerdship. And besides, 10-year-old me wasn’t all that, all he could do was run slowly after people in rugby and cry when he didn’t clear the first height in the high-jump on Sports Day. Ha! How do you like it, 10-year-old me? Now who’s the nerd!? Wait, I can’t work out who to root for in this argument.

My point is, and I think I’ve summed it up nicely so far, that books have helped me massively through lockdown: novels, biographies, graphic novels, even children’s books, they’re all fair game, and have provided me with some essential escapism throughout this whole palaver. Now, if I could just find a book about the cutthroat world of competitive jigsawing, I’d have reached peak nerdness and will finally have met my destiny.

Cartoons
Speaking of 10-year-old me, he must still be alive and well in there somewhere as I still seem to be watching as many cartoons now as I did then. Granted, some of them may be of a more adult nature (I just mean swears, not cartoon porn), but the allure is still the same: goofy antics and bright colours, combining to form some a sort of visual therapy. And what do they say? “Laughter is the best for medicine.” Remember that, kids – if your parents are encouraging you to watch cartoons, perhaps it’s medicinal? What’s wrong with you? I hate to be the bearer of bad news, but it sounds like you’re probably dying.

The silliness of them, the soothing clean lines and distinct colours, are the perfect antidote to the “gritty” tv that there’s so much of these days, dark both in story and often in appearance, as I’m often barely able to make out scenes because TV producers insist that an almost completely black screen equals a brooding atmosphere. Nope. It doesn’t. It equals changing channel. Give me vibrant palettes and daft storylines any day. A few good yucks every evening is all I need to shed the worries and boredoms of the day, and reset myself to go again in the morning.

The promise of sport
Sport reruns don’t do it for me. It can work as background noise, perhaps whilst you’re cooking, hearing the crowd cheering, the commentator’s voice rising and falling as the game meanders through excitement and lulls, but I can’t get into it. It does, however, whet the appetite for the return of live, competitive sport that isn’t me and my long-suffering other half kicking scrunched up balls of paper down the stairs into a bin, for loose change. (Incidentally, she still owes me £1.36. I don’t want to be a dick about it, but if there are any lawyers out there who specialise in this kind of complex case, please get in touch.)

Sport is now thankfully back on our screens, with the BBC even showing top flight football for the first time in 32 years (albeit, the dreary kind of matches that Sky are willing to let out of their greedy, bony clutches). The return of tennis, on the other hand, has seen a large setback with Novak “Please Love Me” Djokovic putting on a “Come and Get Coronavirus for Free” competition that saw he and his completely-removed-from-the-real-world tennis cronies not only hug each other on court and not enforce social distancing in the crowd, but also go clubbing together, strip to the waste, and do pretty much everything but lick the sweat off each other’s chests, and then act surprised when they contracted the virus. Once again, the PTA’s go-to whipping boy, Nick Kyrgios, seems to be the only voice of reason, and is happy to call out Djokovic’s characteristically arrogant behaviour for what it is, “boneheaded.”

However, other sports are returning more successfully, with boxing, horse racing and even some non-boring sports having already made triumphant returns, with many more set to start up again over the coming weeks and months.

Zoom quizzes
If there’s one thing that brightens up an evening at the end of a long week of working from home, it’s looking at the computer you’ve been staring at all week, but instead of seeing documents or spreadsheet or news items, you see a moron in a Star Trek wig, a Bruce Willis fan in a white vest with oil smeared over his face, LAPD badge round his neck, an AK47 slung over his shoulder, shouting “yippee ki yay” (and one more word), and a life-sized Chewbacca delicately adjusting the angle of his laptop screen. Yep, a Zoom quiz, it seems, is little more than an excuse to don a ridiculous outfit and sink a few beers with some much-missed friends.

And if you remember to get down to the actual quizzing element of the quiz, then all the better, as who doesn’t love one? Especially when the questions are written by your mates and normally include insulting and slanderous information about everyone in attendance. It may not be quite the same as seeing them for real, but on the plus side, at least at the end of the night you don’t have to either fork out for a cab or share a bed with two hairy men, and wake up to find you’re middle spoon.

Walks in the country
I live right in the heart of the Laines, and whilst the location is spectacular, it can be noisy – thanks in large part to Captain Bongos, the twatting idiot who lives opposite and plays his stupid bongo drum like a three-year-old throwing a tantrum. And his complete lack of talent is matched only by his complete lack of consideration for his neighbours, as he hammers the shit out of his poor drum with his window wide open, and some apparent 1970’s interpretation of what futuristic music might be, playing full volume as a backing track.

After numerous requests for him to STFU, my thoughts turn to the more soothing option of murder. Recalling  this to be frowned upon, however, my sanctuary from his cacophonous tripe is to escape the city and find some peace and quiet in the countryside, subduing my urge to source a shotgun, a disguise kit and an iron-clad alibi.

The River Adur, Washington village, Partridge Green, Amberly, Arundel, and hundreds of other places within half an hour, all offer country walks that reset the soul and bring about a quiet calmness that is often difficult to discern amid the sound of the city, even one in lockdown. If you’re unable to get out of the city but still crave some green space, there are glorious parks within Brighton, such as Withdean Park with its hidden oasis just off Peacock Lane, or Stanmer Park and its open fields and ancient woodlands. There’s much scientific research into the benefits of spending time in the country, with theories such as Attention Restoration Theory seeking to explain why it helps. I don’t really care why; all I know is Captain Bongos is still alive. For now.

Watching Bailey
For those of you who have been to the Laines pub, the Heart and Hand, you’ll know that the pub isn’t run by the landlord there, but by Bailey, the pale ginger, insanely fluffy, aloof, and effortlessly cool cat. In more normal times, Bailey might be found on the bar, on your table, in your seat chatting up your date when you get back from the gents, pretty much anywhere he likes: it is his home after all.

During lockdown, however, his kingdom has seemingly grown, and many a time I’ve spotted him through our lounge window, creeping further and further from the pub. After the initial thrill of wondering how a small bear got into town, I would realise it was Bailey on one of his constitutionals to survey his land, his casual strut half catwalk, half conquering Roman emperor. If I see him, I remain glued at the window, hoping to witness him seeing off a seagull, or sizing up a human before delivering a withering sneer that demonstrates his conclusion about them, and sashaying back to his fortress, normally leaving a group of camera-clutching fans swooning as he rounds the corner into his Graceland. The only way he could be cooler is if he wore sunglasses and spoke like Clint Eastwood. If you can’t make it to the pub, fear not: Bailey has his own Instagram account – #Baileythepubcat – with six and a half thousand followers.