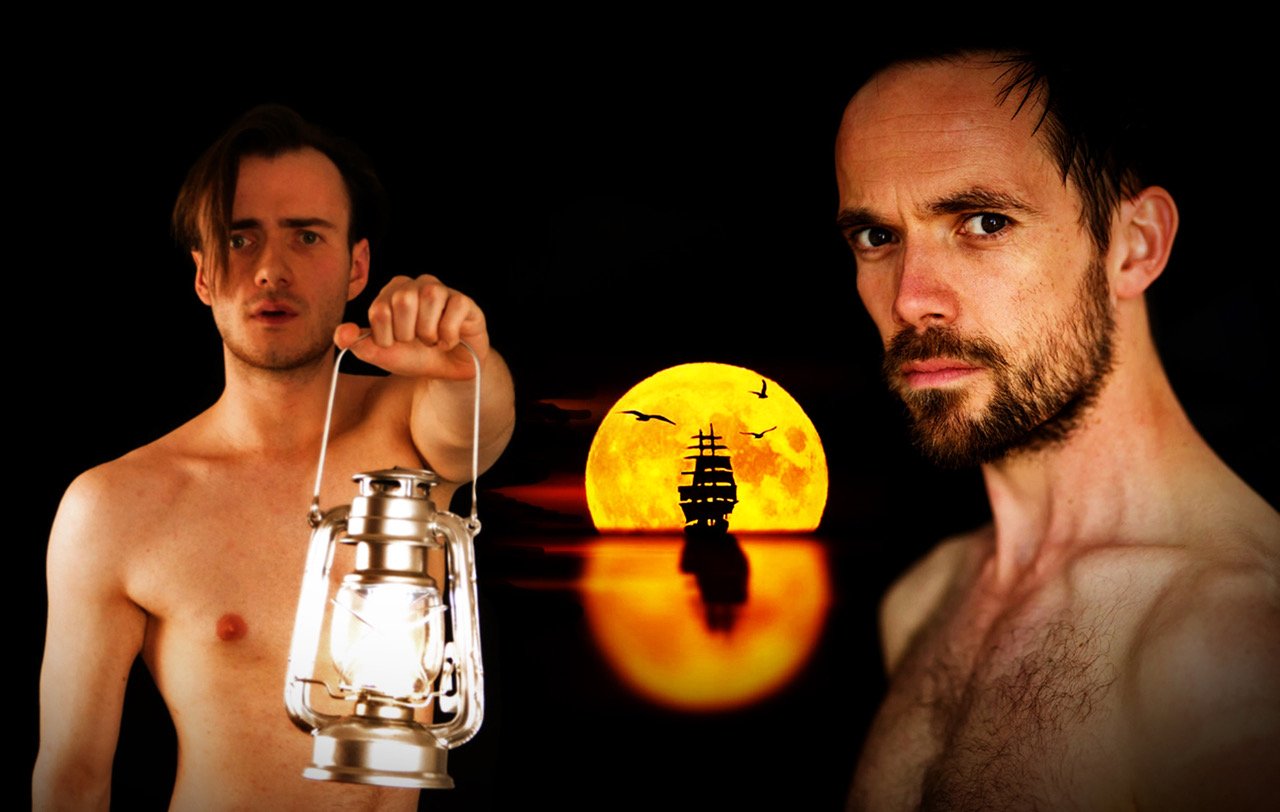 The Geminus comes to Rialto Theatre part of Brighton Fringe

Blue Devil Productions are taking a fresh look at a classic literary work for Brighton Fringe 2019, discovering if it might offer hidden or implied content. Written and directed by Ross Dinwiddy, The Geminus continues at Rialto Theatre on Tues 21 – Sat 25 May, reimagining Joseph Conrad’s The Secret Sharer as a compelling and dark romance. Starring local talent, John Black, Gareth Wildig, with Benjamin Baeza, Robert Cohen and Christine Kempell as Ma Gwen, this is a vivid and compelling voyage of self-discovery in perilous, exotic waters.
Opening on Weds 8 May, The Geminus has already generated a hugely positive reaction, including a five-star review from Remote Goat – ‘Powerful. Every single character was well developed and engaging. Extremely well written and directed Not to be missed – a highlight of the Fringe’ – and a four-star review from Broadway Baby – ‘Lusty and raw. We are treated to an hour of tense romance Black and Wildig give such skilled performances.’ This was on top of several four and five-star reviews the company received in Brighton and in London for last year’s Apparatus. It’s also the second year running the company have been shortlisted for Best New Play at the Fringe Awards.

Blue Devil Productions consider Brighton Fringe as their work’s true home, so it’s fitting The Geminus showing at the festival before transferring to the Tristan Bates Theatre in the West End this August. The play shows Captain George Hotson enduring the intense strain and isolation of a new command. But he’s about to find solace in an encounter with a fugitive called Leggatt – a handsome and enigmatic stranger with blood on his hands.

The Geminus continues Blue Devil Production’s mission of artistic reclamation, examining classic works of literature with an LBGT+ perspective. “It is one of our missions as a production company, to put LGBT characters squarely at the centre of the action in works that were created at a time when that was simply not possible,” said writer and director, Ross Dinwiddy. “The erasure of gay people from history both in a literary sense and a social one is something we hope we are addressing with our work.”

An intense and suspenseful drama, it remains sexy and thrilling with a few laughs along the way. Alongside the show’s many great characters, Captain Hotson is a particularly identifiable hero. “We want to make sure the audience come with him every step of that way,” says John Black who portrays Hotson. “I think he is astute and intelligent but he’s also young and naive. He has to fill the role of both ‘Captain’ and ‘Man’, neither of which has a clear definition when we look around at the characters around him.” From crew problems and an escaped killer, to the fearsome Ma Gwen, his leadership qualities are rigorously tested. A budding romance only complicates matters further, in a time where his sexuality could prompt worse than a mere loss of command. As such the Captain is repressed and alone. The arrival of a possible love interest means entering a world of hidden signals and discreet seduction.
“Hopefully we’re doing justice to what is actually a potent and bittersweet romance alongside a thrilling nautical romp,” says Black.

Hotson’s eye is caught by Leggatt. Quick-witted and poetic, his charming demeanour hides a sharp mind, hell-bent on survival. “I really enjoy how audiences are unsure about his real intentions.” Say Gareth Wildig who plays the criminal. “Does he fall in love with the young naive Captain or does he simply use and manipulate him to escape his fate? Could he even be a figment of either man’s imagination?!” He says this potential for ambiguity provides a fascinating challenge. An audience might view the character in simple terms – but finding the motivations behind a role can be a joyous process. “When I first read the piece, the most pressing question for me was on the first page my character’s dialogue – he openly admits to murdering a shipmate on a neighbouring vessel, yet how does he manage to talk and charm his way on board and hide away in secret?” Questions like these, and between the two protagonists set up a wonderful story. Blue Devil Production’s The Geminus plunges audiences into the midst of a growing relationship. It’s full of intrigue, unspoken emotions, lust and second-guessing, which is a pleasure to both perform and observe.

Ross Dinwiddy‘s The Geminus comes to Rialto Theatre on Tues 21 – Sat 25 May, as part of Brighton Fringe 2019.