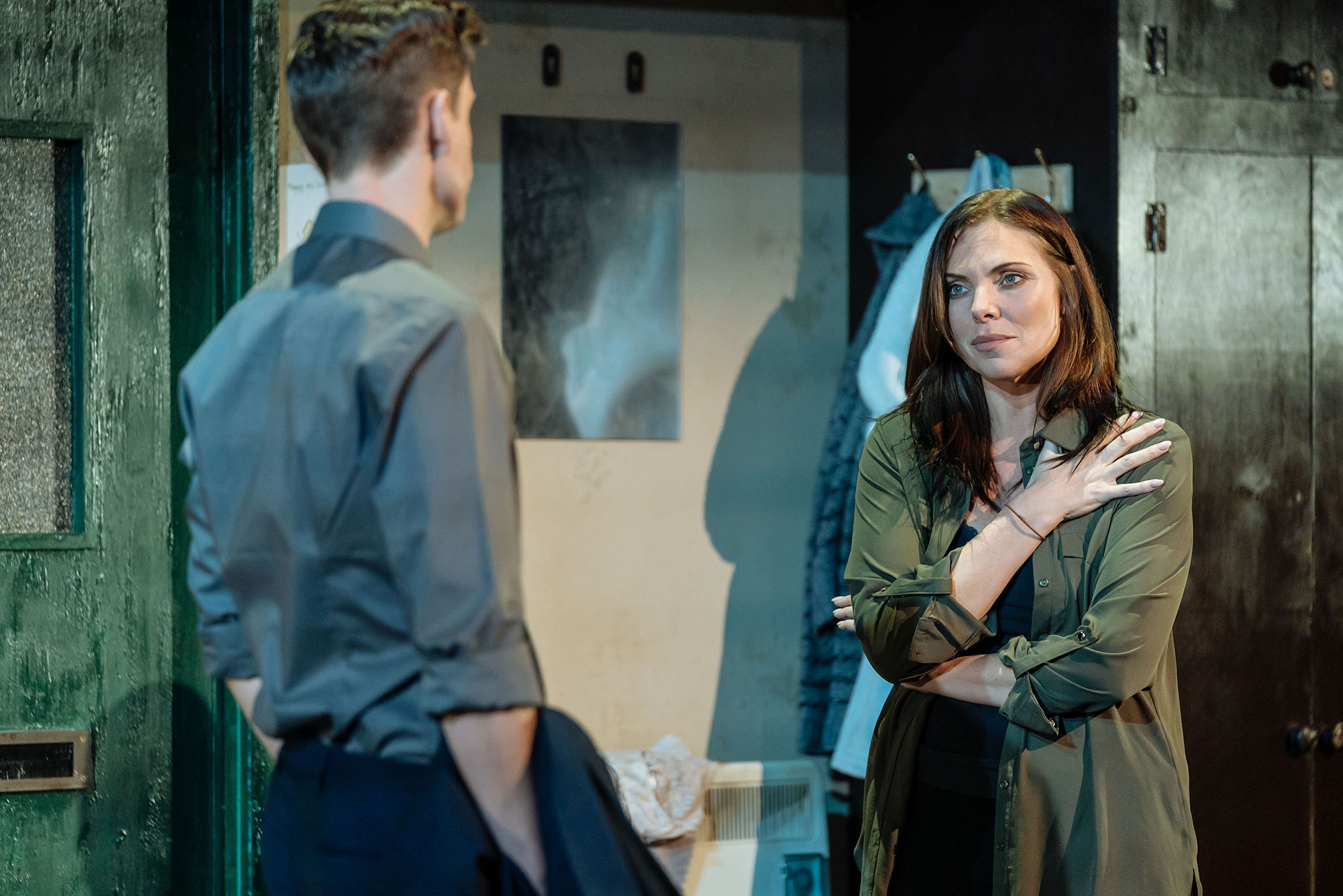 The Girl On The Train at Theatre Royal Brighton – review

The ironic thing about seeing The Girl On The Train, a play with an alcoholic as a protagonist, would have to be this; on collecting our tickets, there was a mild incident with an inebriated member of the public.

By the time I got to my seat, opening night had become almost a ‘full house’. Anticipation was building to see the literary masterpiece we had all loved come to life on stage! Never mind how the film had fudged about with some crucial details from the book…

The use of props and music is effective; for the latter, think of the Line Of Duty theme tune crossed with that of The X Files. (Even as I write this, I’m humming the tune under my breath.) It managed to heighten the tension, adding to the mystery of ‘whodunnit’. The victim of this horrific crime tells us her story, seemingly a fragment, a tangible ghost caught in the lives of the people who befell her.

I would have enjoyed it more if the rhapsody of coughing had not affected the first half from the audience; every few seconds somebody spluttered, coughing.

For me, the second half is where it started to go wrong.

Compare the book and the play, and you will draw one conclusion; one is far darker than the other. Why is it that a murder mystery draws laughter from the audience? Because of the witticisms that litter the dialogue; jokes about Waitrose and alcohol miss-use are not exactly funny to me. The one sex scene that was supposed to show a woman caught in the crossfire elicited laughter for how unintentionally awkward it was.

The second half had begun to lag.

Added with these ‘jokes’, the character of the murderer had become almost akin to a hysterical caricature. The partner also makes you want to scream; a child is at risk, yet they are still under their spell, pandering to the other parent. They do not act in the best interests of the child.

We also had some cliched scenes — how, having acted out one scene with his deceased with, the character of Scott acts it out again with Rachel Watson. “I could crushing you like a fucking insect” he screeches, just as he had done with his wife before.

The final scene was anti-climatic in the extreme. The protagonist of the show is ruminating on how she adores trains, given how they have had a huge effect on her — which elicited unintentional laughter from myself and the relatives I attended with.

If you value The Girl On The Train as the literary masterpiece it is, be warned that the stage play does not match up to the high expectations a reader may have.