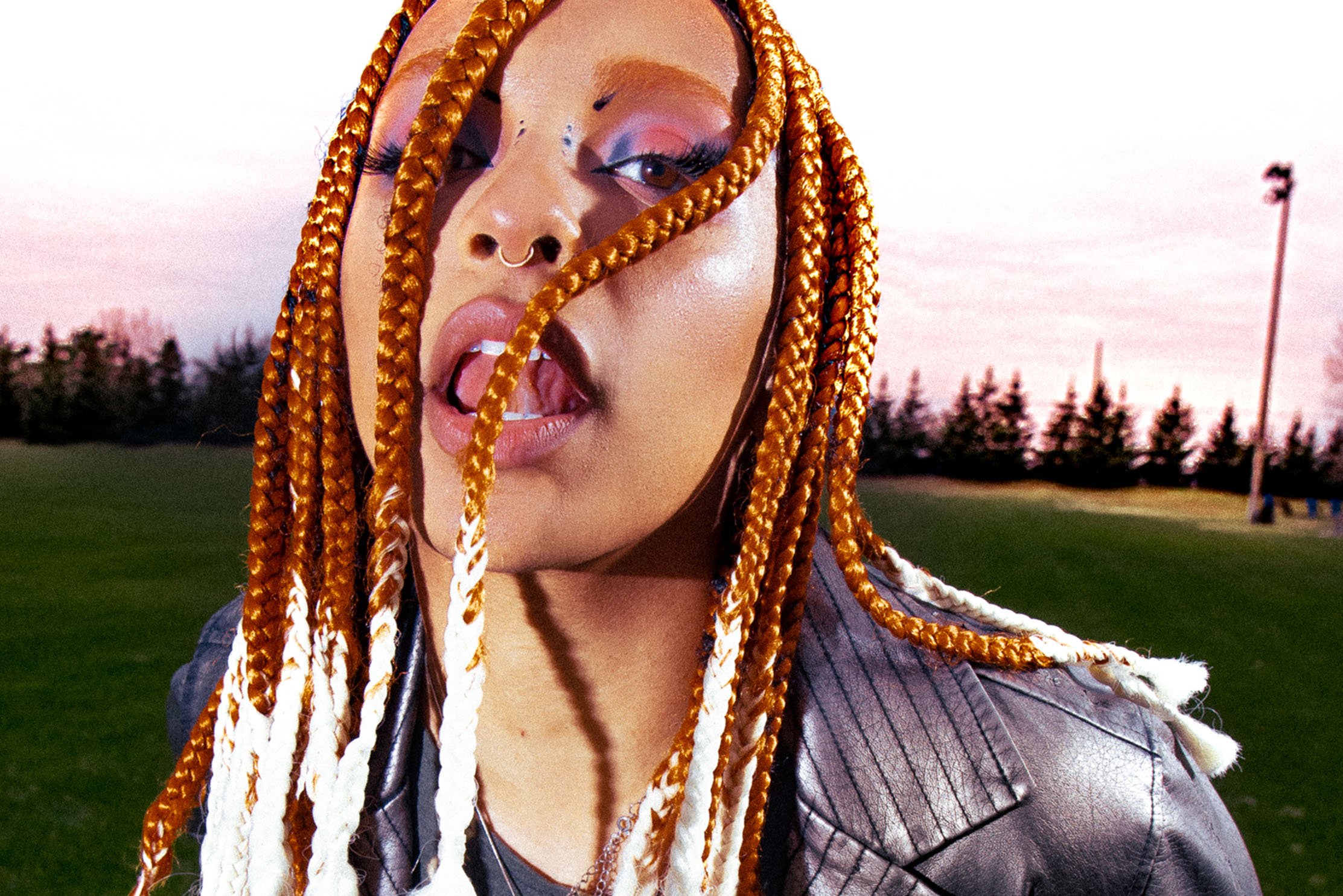 Must-see bands at The Great Escape 2022:

The Great Escape, the number one event for new music, is just around the corner.

Get ready for Brighton’s annual exposure extravaganza with this list of the must-see bands and artists who will be playing this year’s festival.

The Hastings heavyweights are taking the music world by storm, their furious, full-throttle anthems providing the pure punk passion that has been missing since UK duo Slaves went on an extended break in 2019. Fresh off the back of supporting Liam Gallagher at the Royal Albert Hall and Nothing But Thieves across Europe, Kid Kapichi are making 2022 their breakthrough year, with slots at Reading & Leeds Festival, following their performance at The Great Escape. 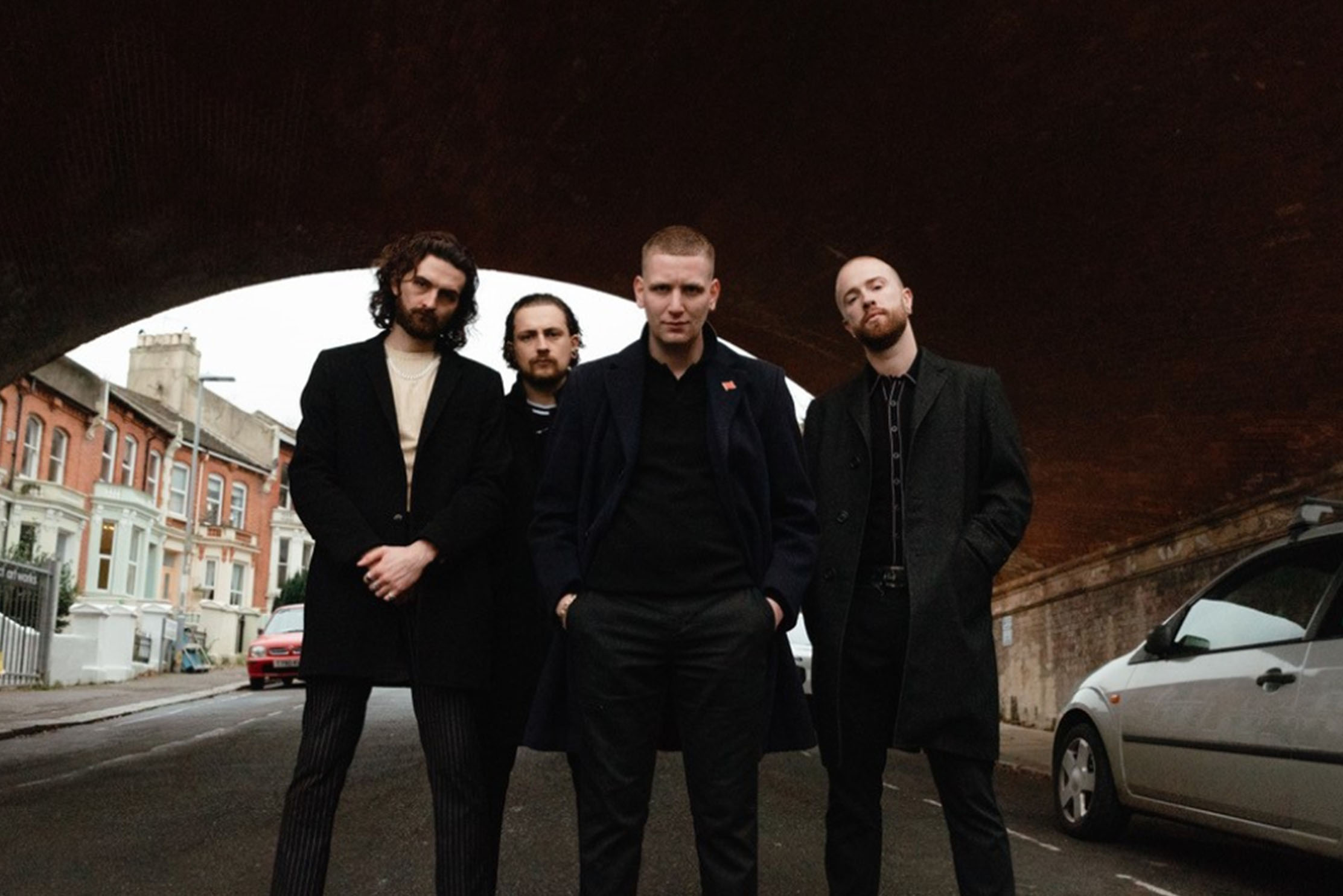 Hailing from Chelmsford, Essex, rap-punk trio Bilk have been building an impressive following since 2018. One famous fan is former One Direction star Louis Tomlinson, who the band will support at a few dates in April. They don’t sound much like the 1D boys though – Bilk’s songs are gritty, in-your-face tales of suburbia and escape, spat out by frontman Sol Abrahams. If Dizzie Rascal covered The Jam, this is what it would sound like. Exhilarating. 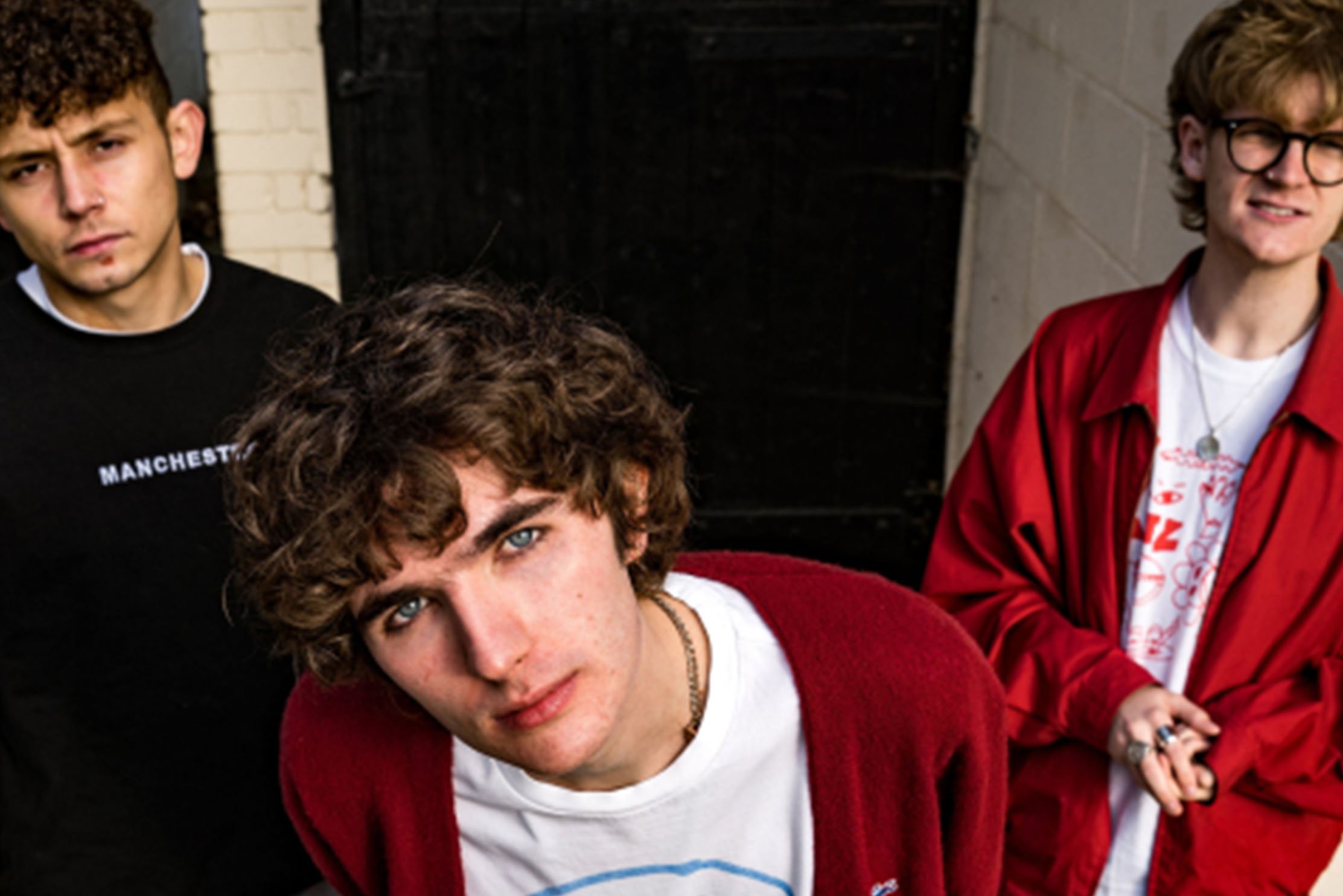 Dublin-based post-punk outfit Sprints are leading the way when it comes to scratchy, scathing Irish guitar music. Like a female-fronted Fontaines DC, but with a bit more of that IDLES bite, Sprints provide burning takedowns of sexism and homophobia over classic punk progressions. Their last Brighton gig, at the semi-legendary Hope & Ruin, was a sweaty, shouty night of shared mindsets, flowing frustration, and, of course, lots of Guinness. Glastonbury beckons them this June.

Perhaps the most successful band yet to be bestowed with the post-punk label, Leeds quartet Yard Act are witty, wiry, and warm, whilst retaining a healthy dose of sardonic sarcasm. Frontman James Smith talk-sings over boisterous basslines and jagged guitar cuts on debut album The Overload, which was very nearly a No.1 record back in January, nipping at the heels of Years & Years before coming in at No.2. Even Jimmy Kimmel’s a fan. 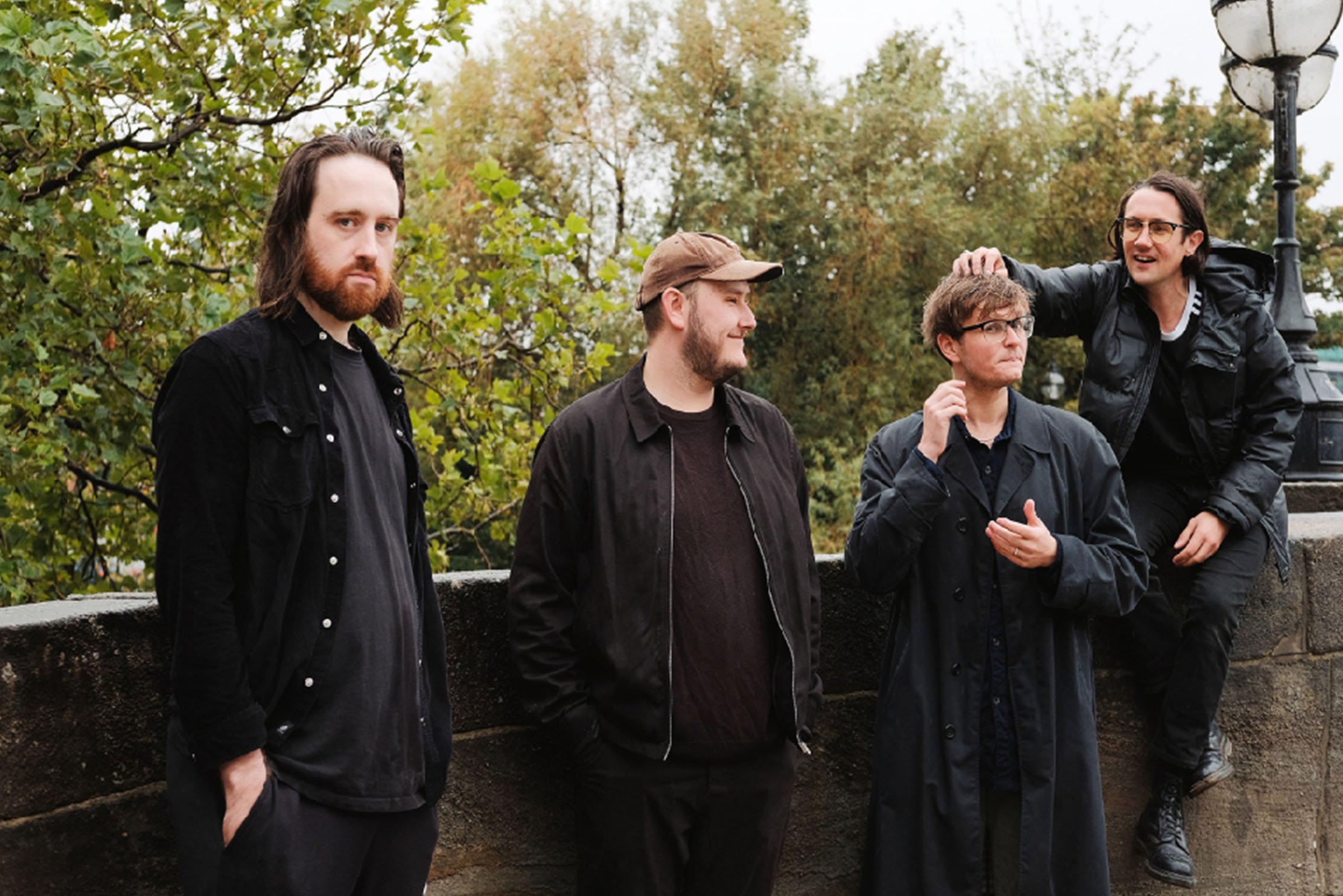 The Galway four-piece have released a string of top-notch singles over the past year, culminating in April’s self-titled EP, a blistering, four-track statement of intent which sees them show off their raw post-punk credentials. Creation Records founder Alan McGee, who was instrumental in the rise of the likes of Primal Scream and Oasis, signed them after the band messaged him on Instagram in 2019, and says they’re the best band he’s signed since Oasis. 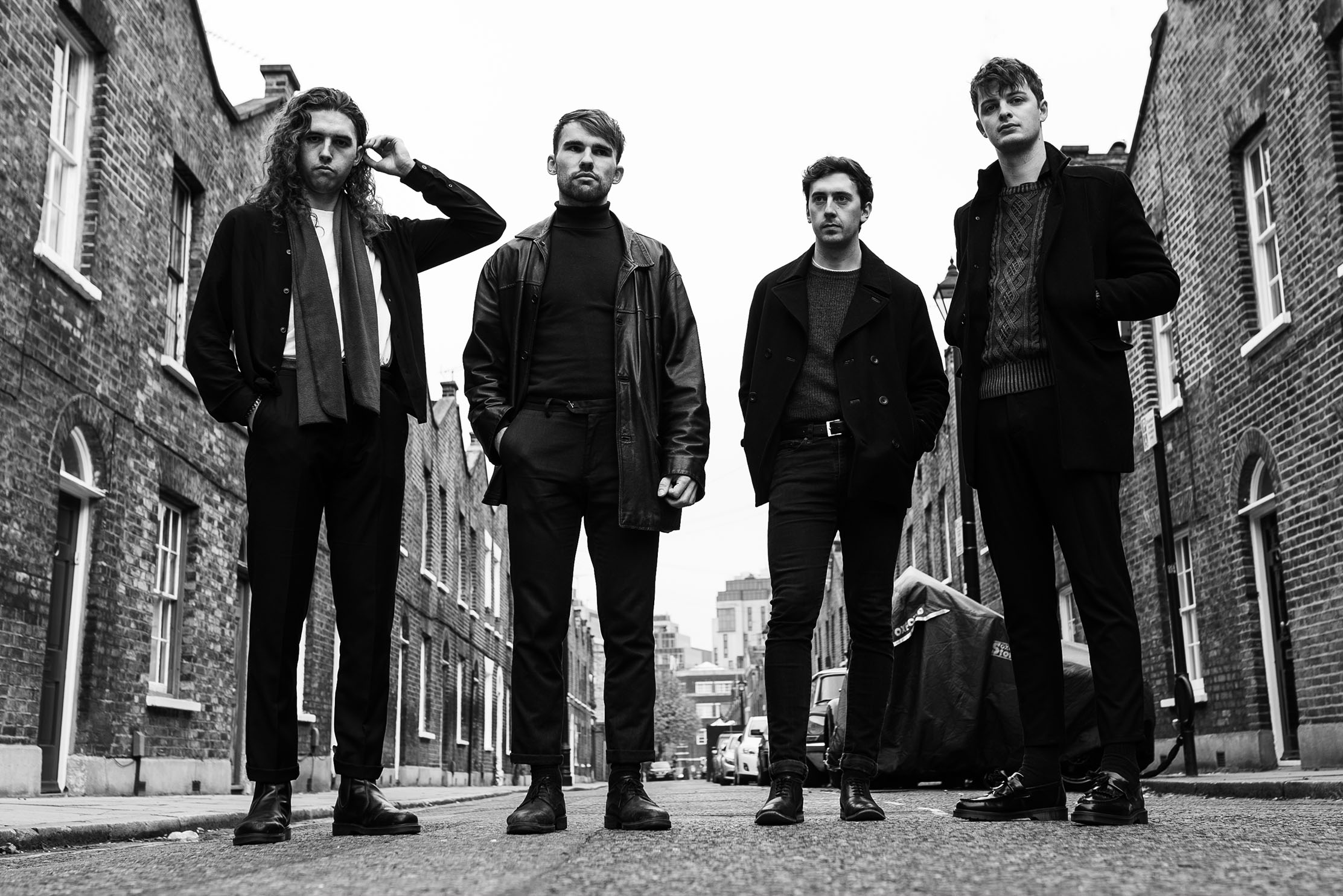 Leeds four-piece English Teacher are the embodiment of the self-aware ‘smart-rock’ popularised by fellow Northerners Yard Act, and look set to follow in their very successful footsteps. Signed to Nice Swan, home of Sports Team, the band are set to release their debut EP Polyawkward in late April, before a string of festival appearances, including End of the Road. Frontwoman Lily Fontaine is a woman of colour, and not afraid to affectingly challenge indie stereotypes. 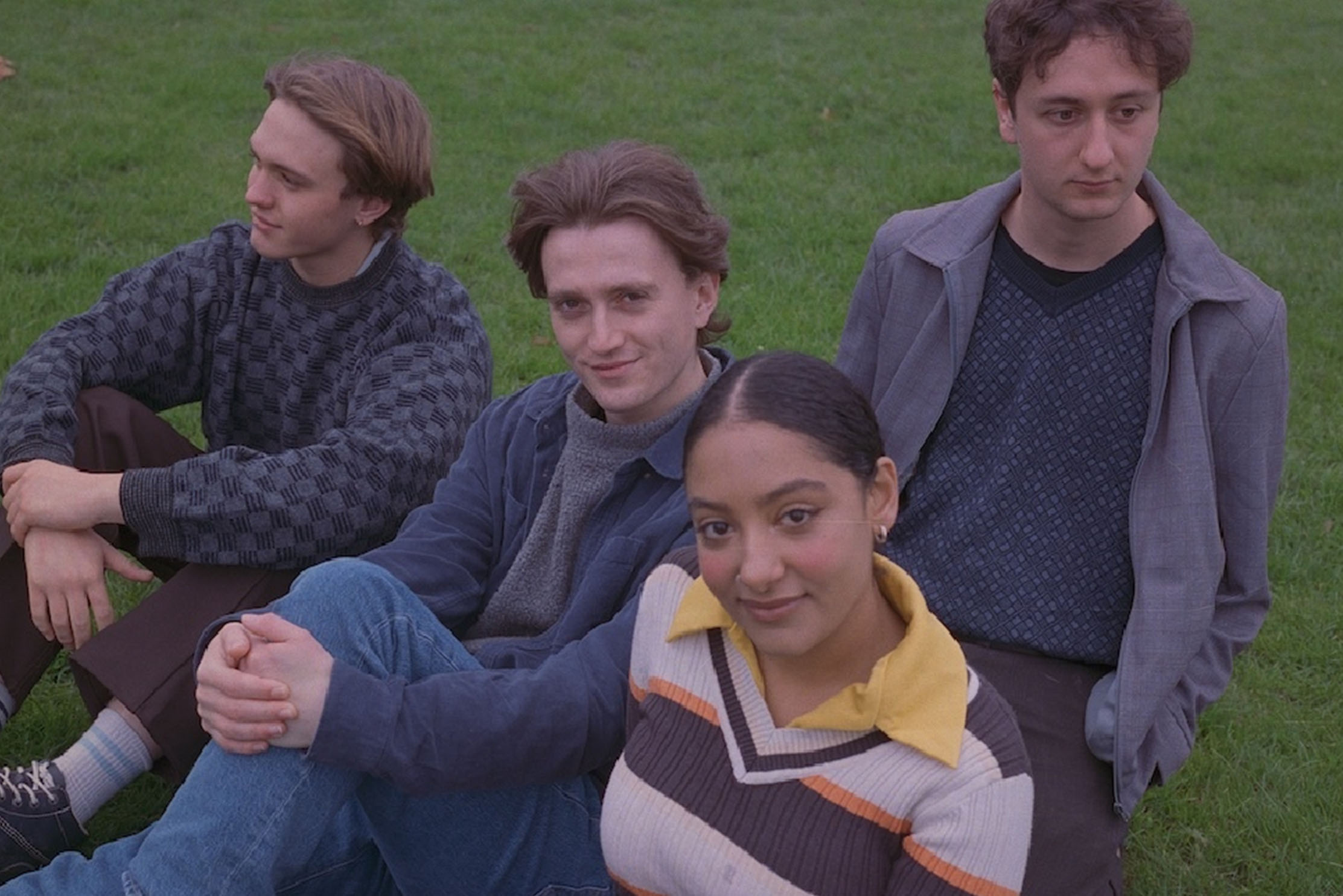 The 21-year-old South London star has made her name with her deep, expressive vocals, which won her fourth place on the BBC’s influential Sound of 2022 list. Her sound is a husky, soulful interpretation of pop, and has unsurprisingly attracted the attention of both Amy Winehouse’s former manager and the man who signed Adele, who both now co-manage her. Signed to Island Records and touring the UK, Lola Young looks set to become pop royalty. 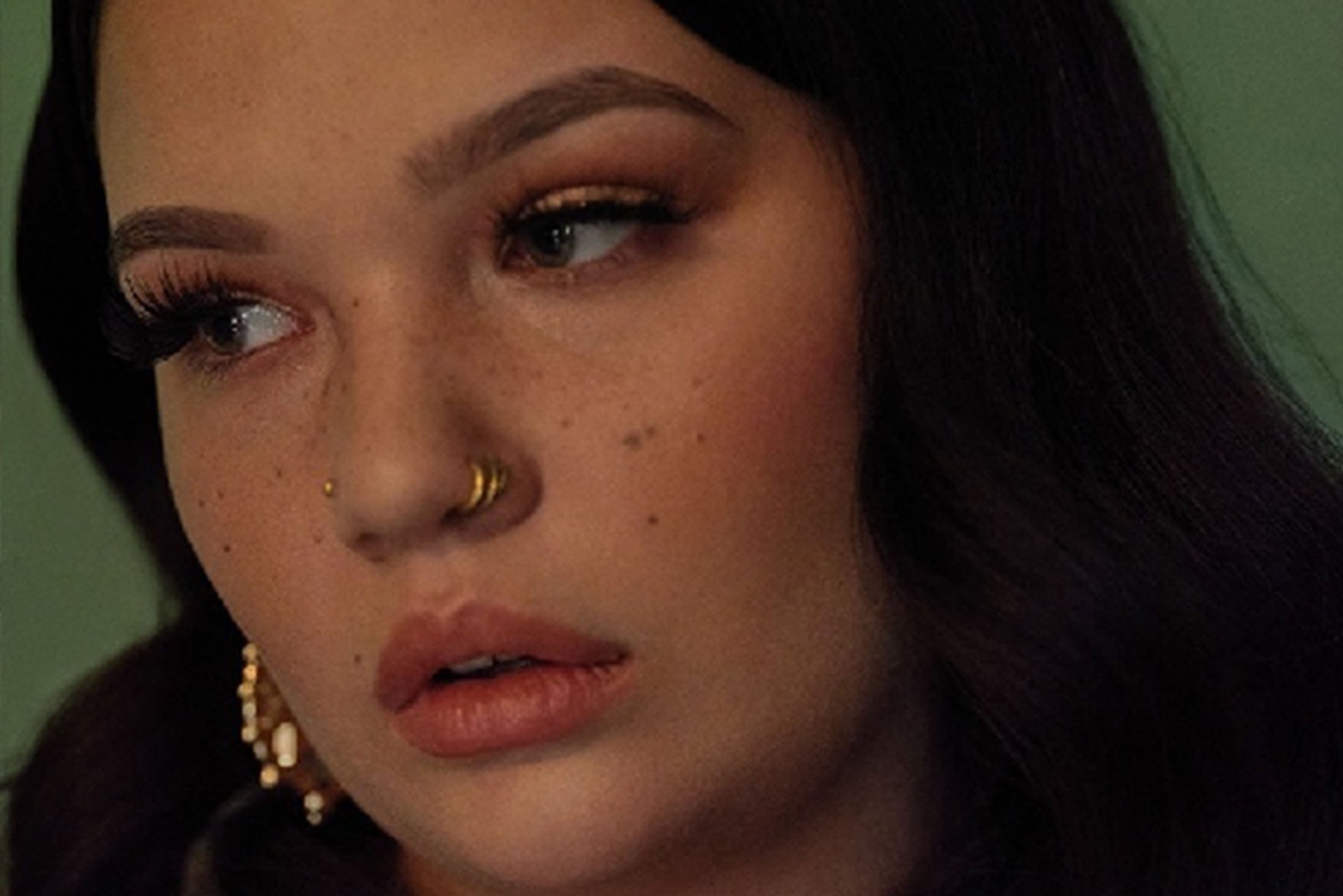 London grime-punk duo Bob Vylan have been slogging it out since 2017, but only truly broke through last year with their unflinching album We Live Here. Tackling systemic racism and police brutality with brutal honesty and unprecedented urgency, Bob Vylan are a band with a truly vital voice, one which they plan to keep on using via their new album Bob Vylan Presents The Price Of Life, out in late April. They’ll be sensational live.

Born in Athens in 1996, Greek master-guitarist Ernesto Diaz is one of Brighton’s hottest new talents. Taking his musician father’s love of latin and salsa and mixing it with his own passion for 60s and 70s rock music, Ernesto has taught himself to play electric guitar to an impressively high standard, his signature sound a stylish mix of Santana, Pink Floyd, and King Gizzard and the Lizard Wizard. A real rock star in the making. 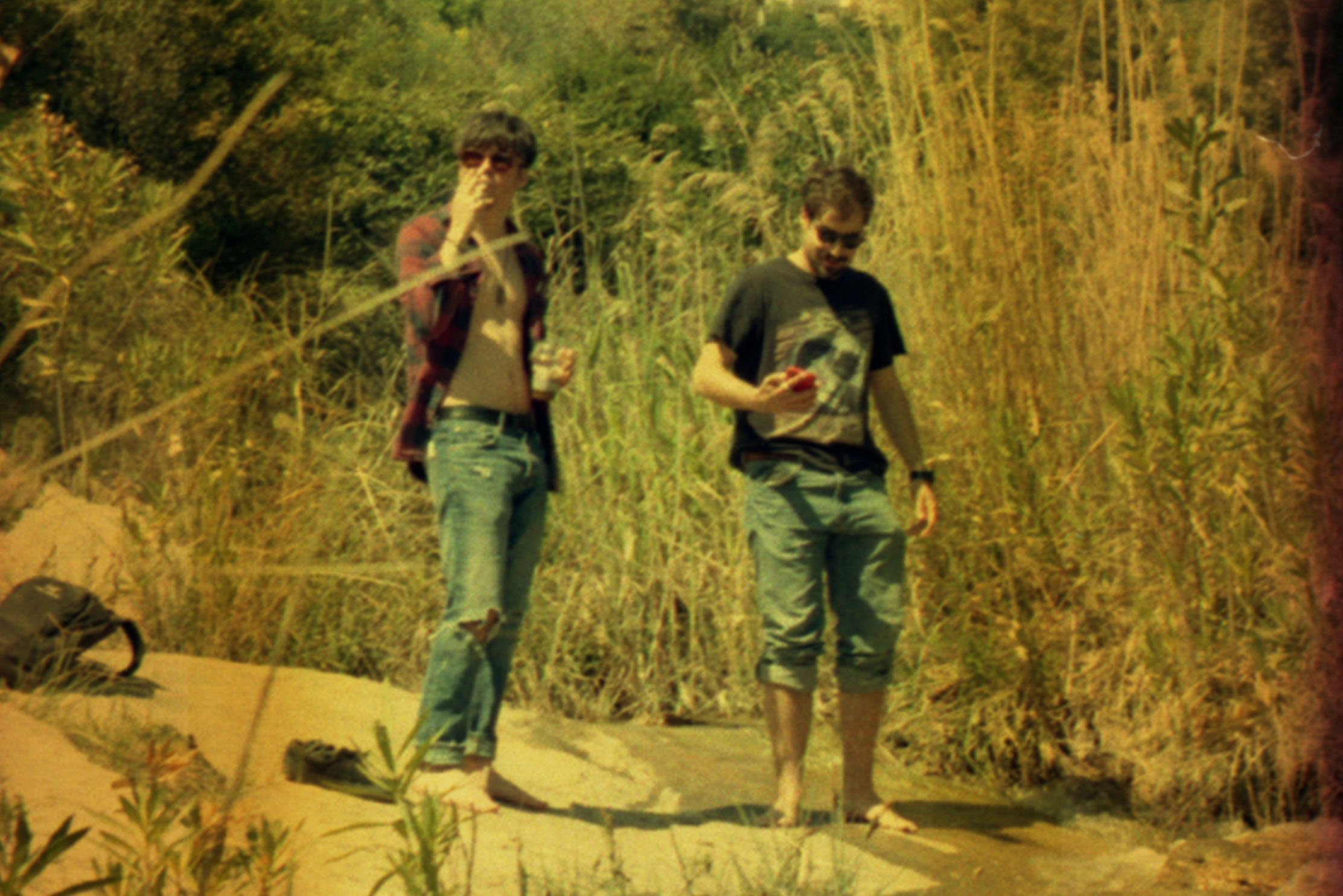 The Nigerian singer quit her digital marketing job in 2018 to dedicate herself full time to music. The result was instantly promising. Her luscious vocals are upbeat, clever and staunchly feminist. Unconcerned with your approval, or the shitty behaviour of men, Tems sings in Damages, “Back then when I was a baby girl, I was yours and you were my world, tell me what you wanna do for me now, take it down and I would hold you to run my race. Could you run it right there? 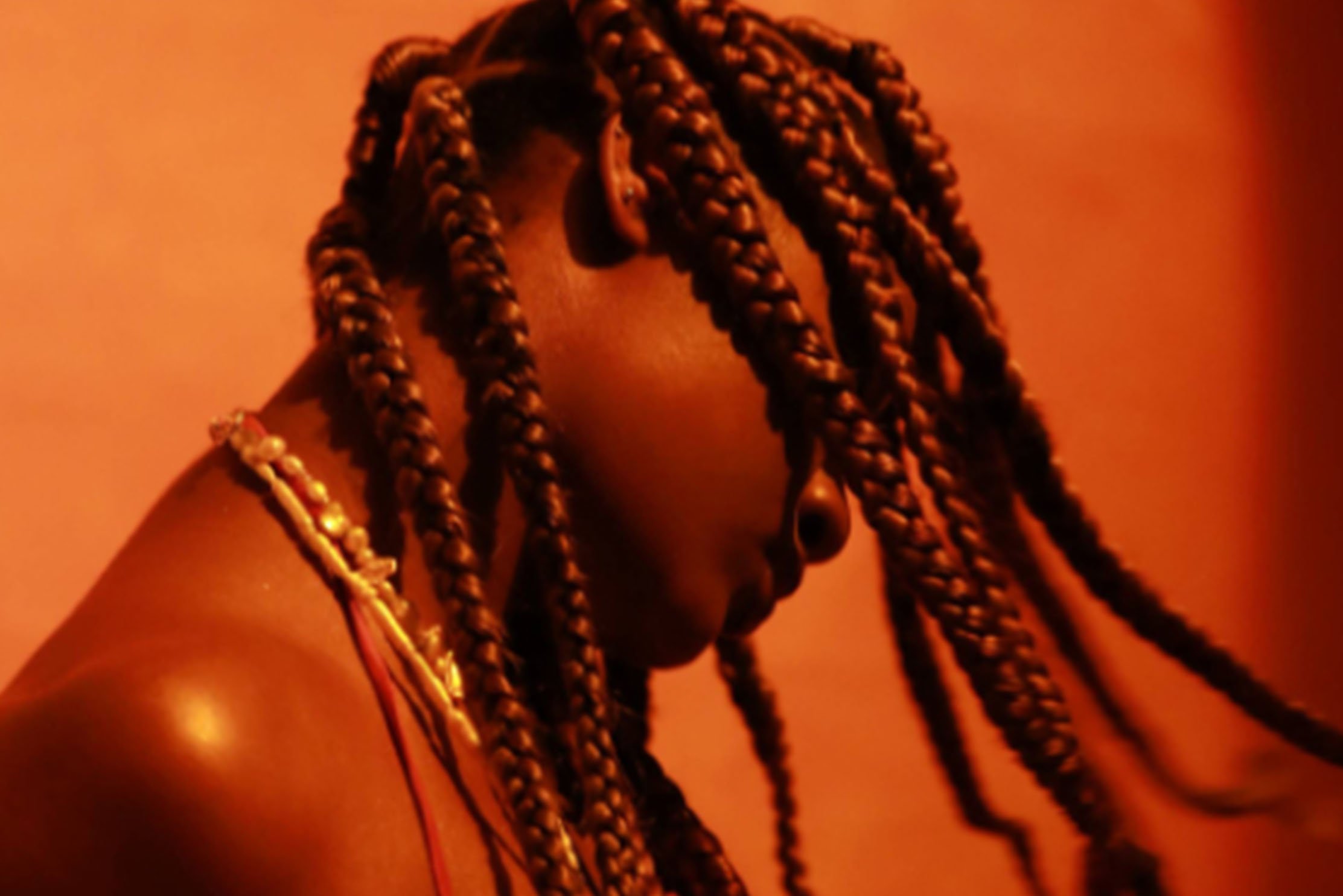 Heavily influenced by R&B icons like Mariah Carrey and Destiny’s Child, along with artists who experiment on the fringes of the genre like FKA Twigs, Tora’s versatile voice sits on the edge of the genre, culminating in soft piano-backed vocals, swinging from more raw acoustic sounds to soulful and brass backed. The single Serial was released last year, to widespread acclaim. 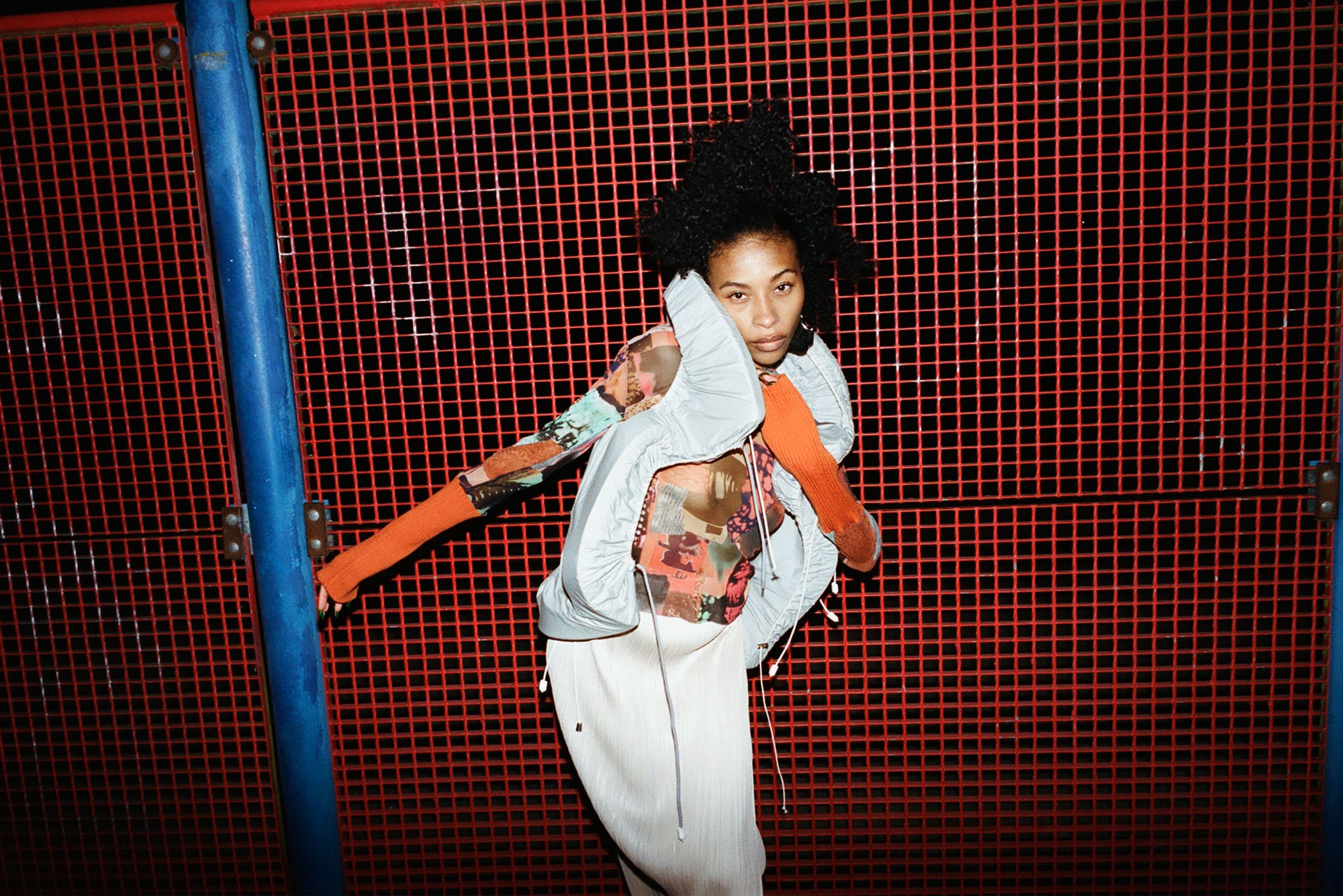 To the Beach, she says herself, is a song about growing out of people and being naked. New single Free Grillz sees Magi Merlin experiment with a sharper and more confident rap sound, compared to her slower previous R&B songs. Lyrics like “Oh, you like that, all cash, free grillz and a real fat ass” show off her sensuous vocals and icy wit.

Buffalo Nichols husky voice sings the blues in a way which hasn’t been heard in a few decades. The 30-year-old singer grew up in Milwaukee and his repertoire includes punk, hip hop and church music. After ending up in a blues bar in Kiev, he decided to try his hand at the blues again after loving and listening to it as a child. His fingers deftly and delicately pick the guitar alongside political lyrics as powerful as the likes of Gil Scott-Heron and Bob Dylan. “Why wear a hood when a badge is just as good” sings Nichols in Another Man.

Leigh’s Spanish heritage fuses with her love of folk to create a unique sound. Currently living in Brighton, she released her first bilingual single Momentos Así last year and is gearing up to release her second EP this summer, alongside touring festivals in the UK. There is something Hindi Zahra-esque about her sound, evoking soul, blues and gypsy jazz. Her lyricism conjures similar tones, edging around themes of love and longing with a political edge to them, as all good folk does. 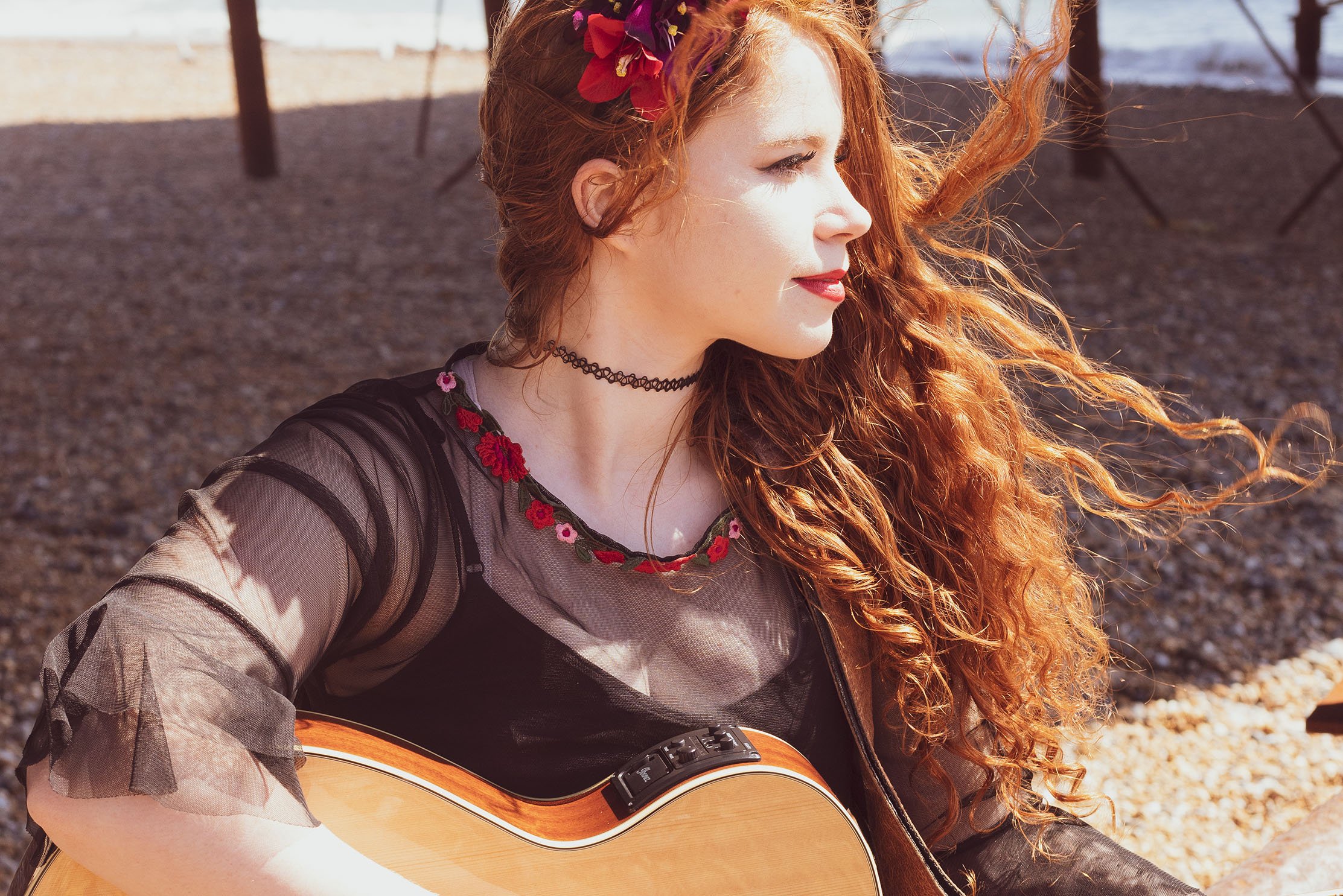 The alternative K-pop band also doubles up as an arts and culture collective aiming to represent the younger generation and popularise Asian culture around the world. Their music is energetic and dynamic, with a very millennial aesthetic of VCRs and cheap restaurants. The collective consists of performers Omega Sapien, sogumm, wnjn and Mudd the student; producers San Yawn and Unsinkable; video directors Jan’ qui and Leesuho; DJ Abyss; and writer Henson Hwang.

The Balimaya Project contains some of the most impressive and inspiring jazz musicians in this country. Count yourself lucky if you get to see one of their passionate and energetic live performances. The Balimaya project was formed in 2019 by percussionist Yahael Camara Onono, a second-generation Londoner who wanted to use the repertoire of the Mande peoples of Senegal and Mali as the bridge between folkloric West African music and jazz, along with the sounds of Black London. 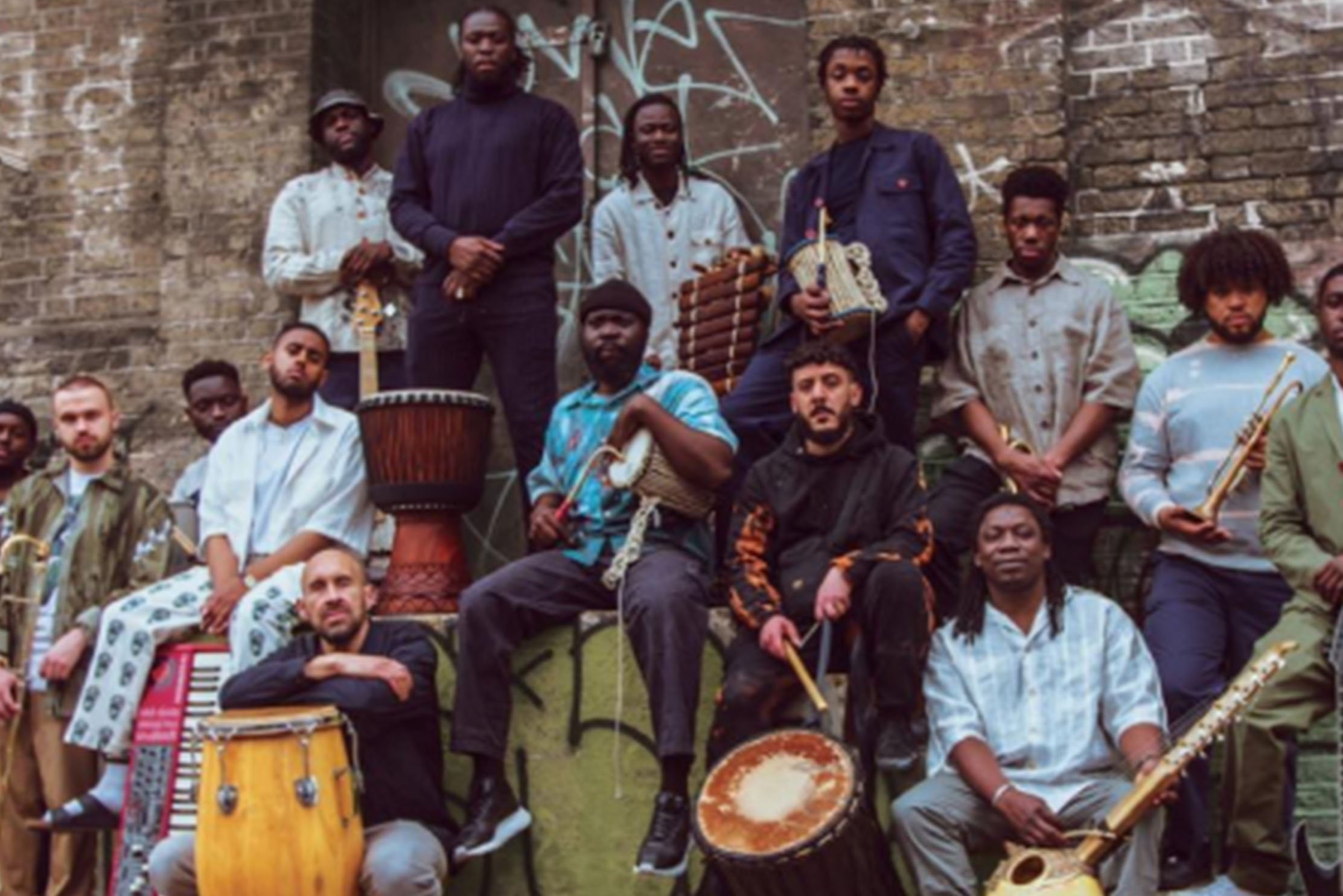 This 21-year-old artist hailing from Dublin released her self-recorded EP in 2020.  What Should We Do This Summer sees gentle guitar rhythms interwoven with soft synth in a playful bedroom pop style. EFÉ is a pianist and violinist and draws on influences such as SZA and Zack Villere to create her unique soul/lo-fi sound.