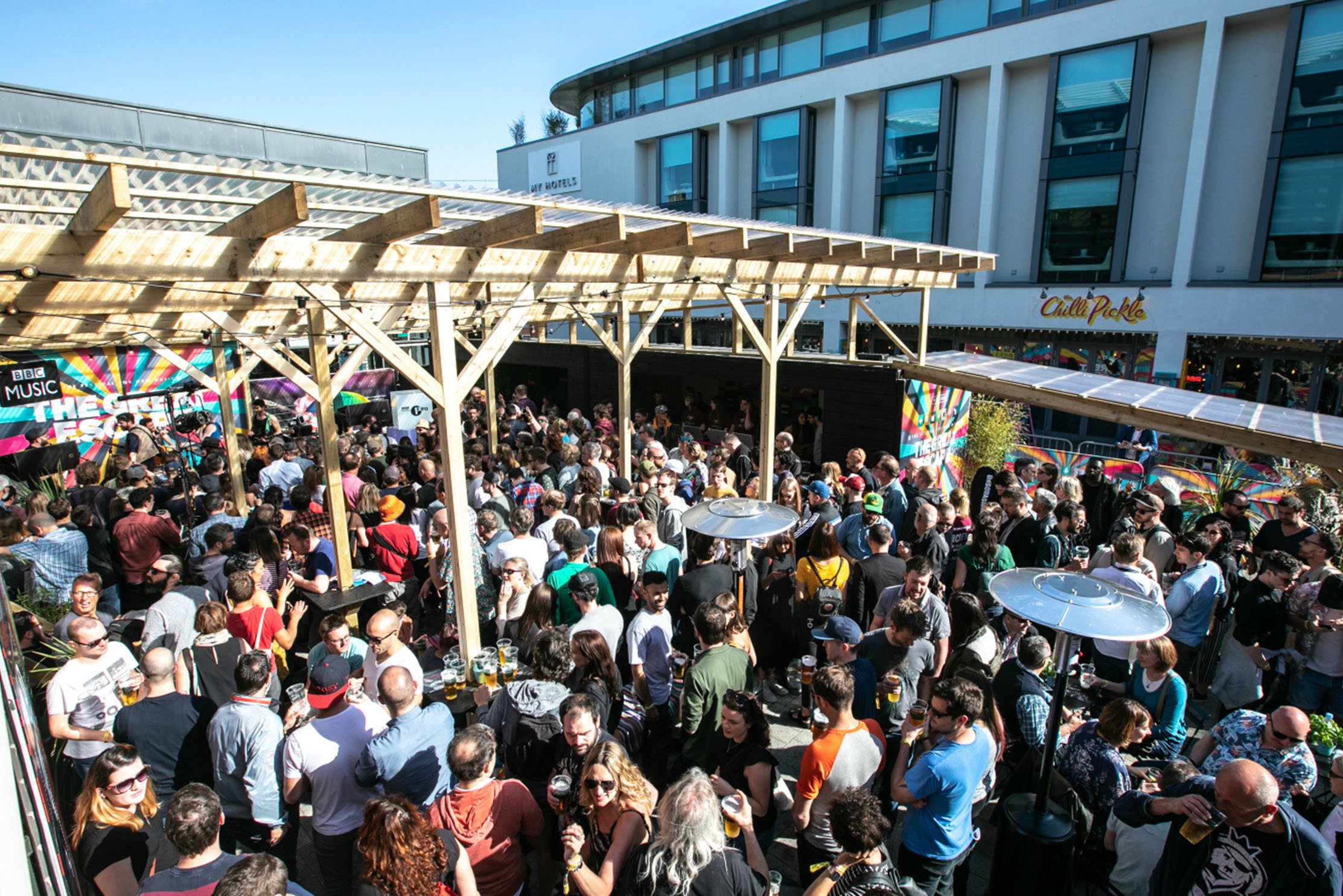 Being a delegate at Brighton’s The Great Escape brings a lot of hard work, but it can also be a lot of fun. Not only do you have a bewildering number of bands to check out – I think I’d doubled the number of live shows I’d seen in my life in just the first two years of attending –  there’s also debates, showcases, networking events and meetings to fold into the mix. Armed only with your wits, a pair of good shoes (don’t ever attempt this weekend in flip-flops, you will end up in hospital) and a working knowledge of how to get across town quickly, it’s probably the best music-orientated fun you can ever have. Especially if you don’t include the time I DJed at a naked speed-dating event.

TGE is a unique affair – because it usually brings out the best in artists. Whether it’s unsigned bands relishing a huge new platform, or established bands returning to more intimate shows, everyone seems to perform like their lives depend upon it. One stand-out for me was seeing We Are Scientists, a band enjoying considerable success at the time. Squeezed onto the tiny stage at Coalition, they absolutely smashed it, despite the unholy hour. But amazing shows are the norm at this sprawling celebration of music.

As well as putting bands of different stature on an almost equal footing, the three-day event allows artists to build reputations over the week just by playing lots of shows. You get acts like Be Charlotte cranking out four shows at different venues, building a vibe and enticing the press and talent spotters along. Sometimes the first show will be near empty, then word gets around, meaning even the most godlike of showbusiness types can’t get into a band’s later outings. It’s all part of the magic. Unless you’re one of those stuck outside on the pavement. We went to see Jungle once, leaving good time for getting in. Even our lofty ‘laminate wanker’ credentials couldn’t get us into that venue, and the door staff were unimpressed by the prospect of sexual favours in exchange for leniency. Bizarrely, we made a pitstop at a colleague’s house for refreshments and a spot of Eurovision after that, before heading to see Clean Bandit. Rock and roll manifests in some strange ways.

I can’t pretend there’s an absence of partying. From international showcases welcoming delegates with a free bar to notorious sessions back at conference hotels, there’s a lot of mischief amongst the music. One low point saw us escalating the bar tab of someone foolish enough to give us access to it. Rather than discuss figures, let’s just say it was roughly equivalent to the cost of a European leg of the average Led Zeppelin tour. Hopefully, he’ll never find out it was us. Or there’s the time we sneaked into The Haunt with a certain local radio personality, his station head and a bottle of spirits. Hilariously drunk, we were confronted with an electronic combo who were so esoteric I had to leave as I simply couldn’t cope with the weirdness. Another year, my boss got far too excited about seeing Broken Social Scene, after we’d featured them on our cover that month. Getting way too drunk, he went home because he no longer knew where he was or what he was supposed to be doing. Then there was the time I finally regained lucidity, finding myself at a raucous dubstep night at 3am, without my companions. Embarrassing. On Saturday, there’s always some foggy heads. A few years ago, I woke up after only two hours sleep, and walked very slowly across town to see Paul Weller at The Old Market, who steadfastly refused to play any of his old songs. But I found my own fluid-based way to cope with the disappointment.

The stupidity isn’t always the result of inebriation though. The scale of proceedings alone is often enough to disorientate you. I once went to see Fuck Buttons and struggled to understand why they weren’t playing anything I recognised. Later, I realised I was in the right venue, at the right time, just on the wrong floor.

There’s always plenty of wonderous moments, which will stick with you for ever. Like when I was present at the recording of an interview with a slightly strange metal band who were dressed as geisha. Or successfully navigating a huge queue at Komedia to see a triumphant show from Of Empires, a band we’d been championing for a while. Even being nobbled by a rival publication in the Saturday delegates’ music quiz (or we might have stopped taking it seriously for some reason) was still hilarious and brilliant.

One of the best things about The Great Escape is finding music being performed in strange places. Like hearing a fantastic indie band, whose name I never did discover, inside what seemed to be a car port by the Republic of Music offices. Or catching Blossoms playing on the pier. Or seeing TeenCanteen perform on the BBC Music stage in the sunshine. A few years ago, the Vevo stage was welcomed by The Warren into the Brighton Fringe ecosystem. Then based at Wagner Hall, just off West Street, The Warren had spent a lot of time and energy laying a lovely lawn in their venue’s outside space. A spot of rain, and an excitable TGE crowd, saw this promptly reduced to something resembling the Somme. On the plus side, they did platform amazing shows from MØ and MNEK, just as international fame was breaking. Even when The Warren moved onto bigger things, the Vevo Stage would continue at Wagner Hall, offering shining performances from R&B space cadet Craig David’s TS5, Sigrid and Rina Sawayama.

I don’t go to TGE as much now. For starters BN1 want to send down someone who doesn’t have Val Doonican on his Spotify playlists. And I genuinely have other stuff to attend to when the festival is on. Which is a shame. Aside from the incredible wealth of music talent, and the noble endeavour of trying to stay sober while being so excited, it has given me some incredible moments. As a delegate, I’ve had the privilege of meeting the people who make music happen. Producers, agents, engineers, songwriters, famous faces and infamous players – each have had tales to tell. Live music and good times are ephemeral by nature, but they often give you memories which stay with you forever. The Great Escape is chaotic, colourful and noisy, but if you like contemporary music you wouldn’t want to be anywhere else in the world.