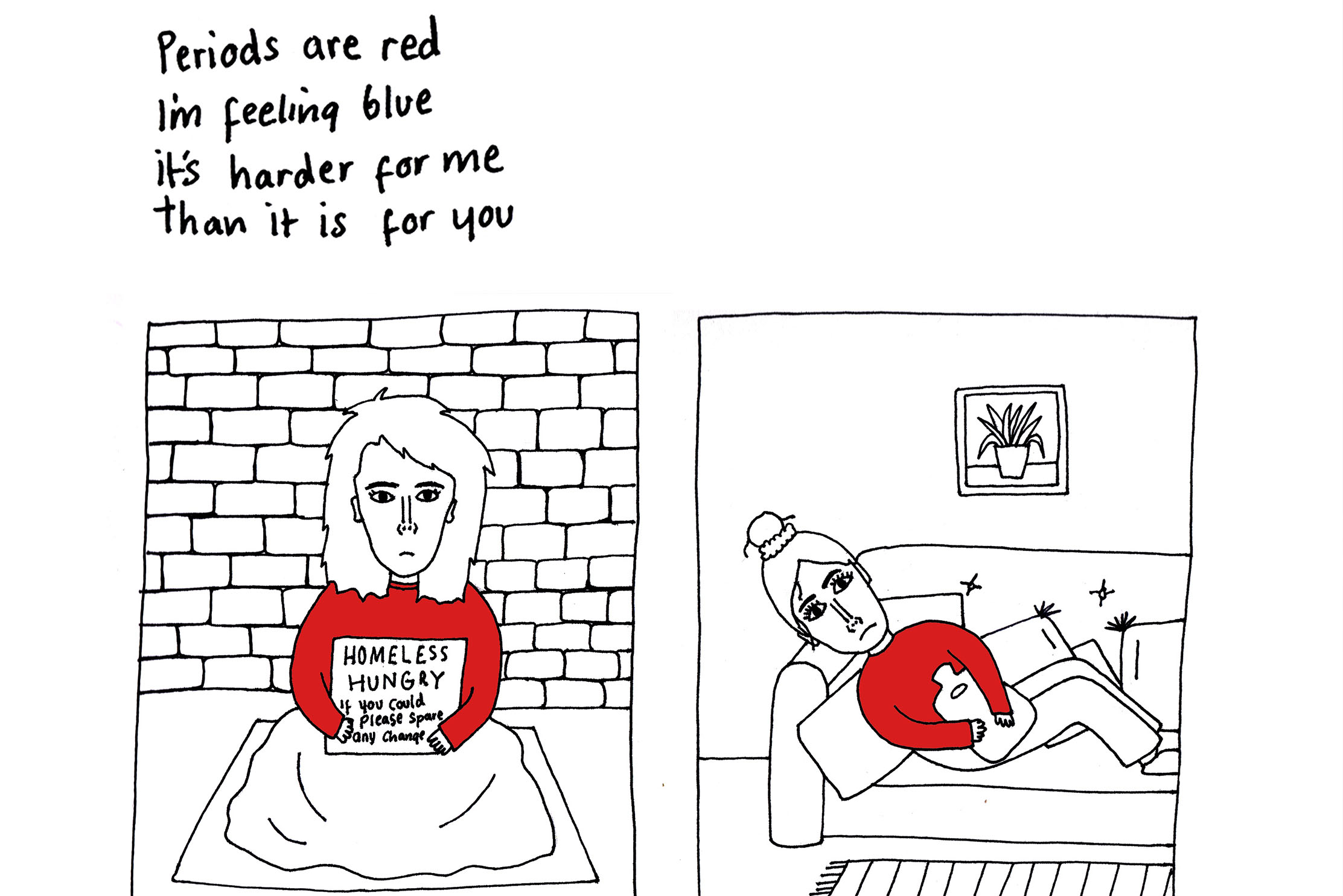 Tampons and other sanitary items are currently classified as ‘luxury’ products in the UK. This makes them unaffordable, and even totally inaccessible for some. For women sleeping rough, sanitary items are not a priority. Women are forced to use ripped cloth, toilet paper, or make tampons last the whole period, which can be incredibly hazardous to their physical and mental wellbeing. Help is thankfully on hand to address this issue, as The Homeless Period campaign is building a community of support across the nation, including in Brighton & Hove.

Brighton and other areas around the South East have some of the highest numbers of rough sleepers outside of London. Born out of frustration for lack of provisions of free period products, a petition received over 110,000 signatures and was discussed in parliament in December 2016. The Brighton branch of the Homeless Period has been evolving from strength to strength.

Launched locally in 2017, Ashley Concannon and Medbh Henry recently took over Brighton’s division of the Homeless Period in November last year: “Many people who speak to us say the struggle during a period for homeless people is something they had never really thought about, which is something that motivates us.” They have already distributed over 150 of their ‘care packages’ in just three months.

Ashley and Medbh explained they do not require fiscal donations to operate, although the GoFundMe page is still active: “That is the beauty of the project – we like to encourage the community to donate sanitary products. This way it feels much more interactive for the donor.” The group’s packages generally include donations of brand new items such as a box of tampons, a box of pads, liners, a pack of wipes, disposal bags and a new pair of knickers. Brighton’s strand has three main donation points: Dead Wax Social on Bond Street, The Marlborough on Princes Street, and The Green Kitchen on Preston Road.

Conversation about period poverty is growing across the UK. Last year, Scotland made the decision to make all sanitary products free for students in school, college or at university. Supermarket giants, Waitrose and the Co-op, joined Tesco in paying the tampon tax for their customers, making sanitary products slightly cheaper in their stores.

This discussion highlights how not only are these items inaccessible for the homeless community, but other THE HOMELESS PERIOD BRIGHTON By Louisa Streeting bn1magazine.co.uk 41 vulnerable people in our society: “We are also able to provide to those in supported housing, food banks, refugees, asylum seekers, women’s refuges, substance abuse services, health centres, low income families, youth clubs and young carers.” It is worth remembering the government currently claim EU rules are stopping them lowing the VAT on period products below 5% or from scrapping the tax all together.

Those involved in the Homeless Period movement believe in talking openly about periods. Ashley and Medbh utilise social media to be loud about periods to chip away at the social stigma: “We focus our efforts on education and awareness of the campaign to the general social media user and we hope that through word-of-mouth our work will become more well known.” They have also formed vital links with the local community to distribute sanitary items, including Brighton Women’s Centre, Southdown Housing Association, and local foodbanks.

Services in Brighton to help you manage through COVID-19

The campaign is staunchly opposed to sanitary products being classed as a luxury item: “We think that they should be free to access – just like contraception – it’s not enough for the tax to be removed completely, as the government speaks of plans to do after we leave the EU.” The girls hope in time the central government will follow Scotland’s footsteps and perhaps take this concept further, making sanitary products free and accessible for all.

You can find more information about The Homeless Period Brighton on their Facebook and their Instagram page.