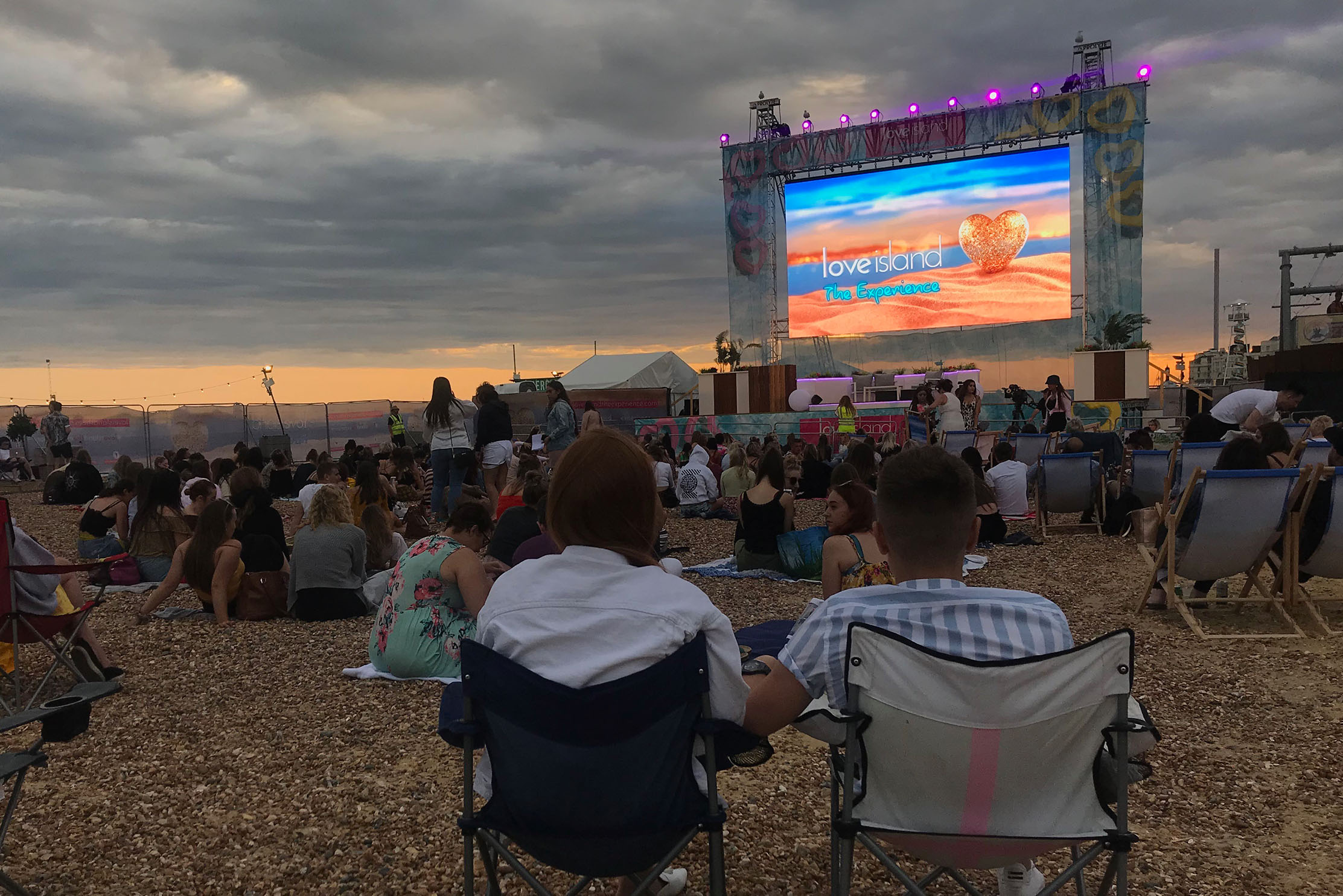 Love it or hate it, there’s no denying the growing popularity of ITV2’s summer reality TV show where singletons are sent to sunny Mallorca where lies love, fame and a chance of winning £50,000. Yes, we’re talking about Love Island.

This year alone, more than 3.3 million people tuned in to watch the debut episode of the reality TV show, Radio Times reported. Including the ITV Hub online player, ITV said the first episode was watched by 4.2 million viewers. Thanks to the shows growing popularity, The Luna Cinema and Capital FM brought the Love Island Experience to Brighton’s scenic seafront where ex-islanders join fans to watch the show together live. Whether they were much-loved from previous series or contestants who had been voted out that year, Capital FM’s hosts grill them in front of the live audience. Sit at the front and you might be able to ask your own question. 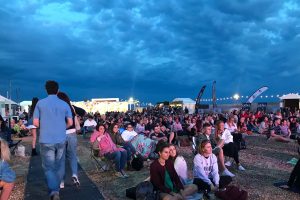 Fancy a photo at the iconic fire pit? The Love Island Experience have re-created their own. As well as the fire pit, there are plenty of Instagram-able opportunities with re-enactments of the bedroom, beach diary hut and a pop-up bar with Love Island themed cocktails and mocktails. ‘It is What it Is’, a phrase used by many of the Islanders in this year’s series was a concoction of Verano Watermelon Gin, Lemon Juice, Sugar Syrup and Soda. Over eleven days, 22 Islanders visited the beachy set up at Madeira Drive, from Worthing’s very own Amy Hart who dropped out halfway through, to last year’s much loved Jack Fowler.

We were invited down to the live final where ex-Islander Michael Griffiths, who had faced the boot earlier that week, and last year’s finalist Josh Denzel, would also be watching.  After we checked out the firepit, grabbed a bev from the bar and got a selfie with a blow up version of our favourite contestant on the Islander walk of fame, we sat down to watch a live interview by Capital FM with Josh and Michael in front of the crowd of eager fans.

As expected, the final was packed compared to previous nights. VIP ticket holders were granted a cosy looking mini beach hut which came with drinks, food, chairs and a butler, costing £150 off peak (Sun – Thurs) or £175 peak (Fri and Sat).

There are also premium admission tickets which includes deckchairs placed in a convenient viewing position as well as priority access to the photo opportunities costing £24.50 (off peak) and £29.50 (peak). If you know it’s going to be a busy night, it might be worth considering an upgrade.

Lots of people who had bought general admission tickets costing £14.50 (off peak) and £19.50 (peak), brought camping chairs to sit on, which I thought was a great idea. After all, it’s going to be a long night and Brighton’s beach isn’t exactly the comfiest.

Before the viewing began, we had a quick chat with Josh and Michael to find out what life is like for them since leaving the villa. Love Island veteran Josh said: “Coming from South London, I have come down to Brighton many times, I’ve spent lots of time chilling at the beach with mates.” 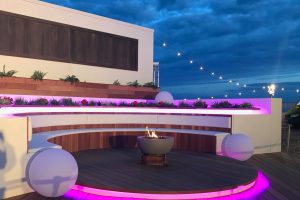 For newly-booted Michael, who originally comes from Liverpool, this was actually his first time visiting the city, “I haven’t been here before no, this is my first time but so far I like what I see,” he said, eyeing up one of the pier’s doughnuts the production team brought in.

Answering to what it’s like leaving the villa’s ‘bubble’ Josh said: “I think what has changed since last year is being able to do opportunities like this Experience.

“If I came down to Brighton beach a year and a half ago no one would know who I was, but today we have people asking to take our pictures and shouting our names.”

Asking whether Michael has any regrets due to being kicked out after a re-coupling left him alone, he said: “I wouldn’t have done anything different. I left things on good terms, with Amber and I wish her all the best.”

Moments to nine o’clock and the crowd quietens down to eagerly watch the final episode of this year’s season. One of the best things about watching a reality TV show with company is being able to talk about it – here there are hundreds of fans to laugh, cheer and boo with, even onlookers from the street were joining in!

Speaking to organisers from the Luna Cinema and ITV2 on the evening of the final, they all said that they hope the Love Island Experience will return next year. If your circle always chats about Love Island, make sure to book yourself a ticket next time the Experience comes around.