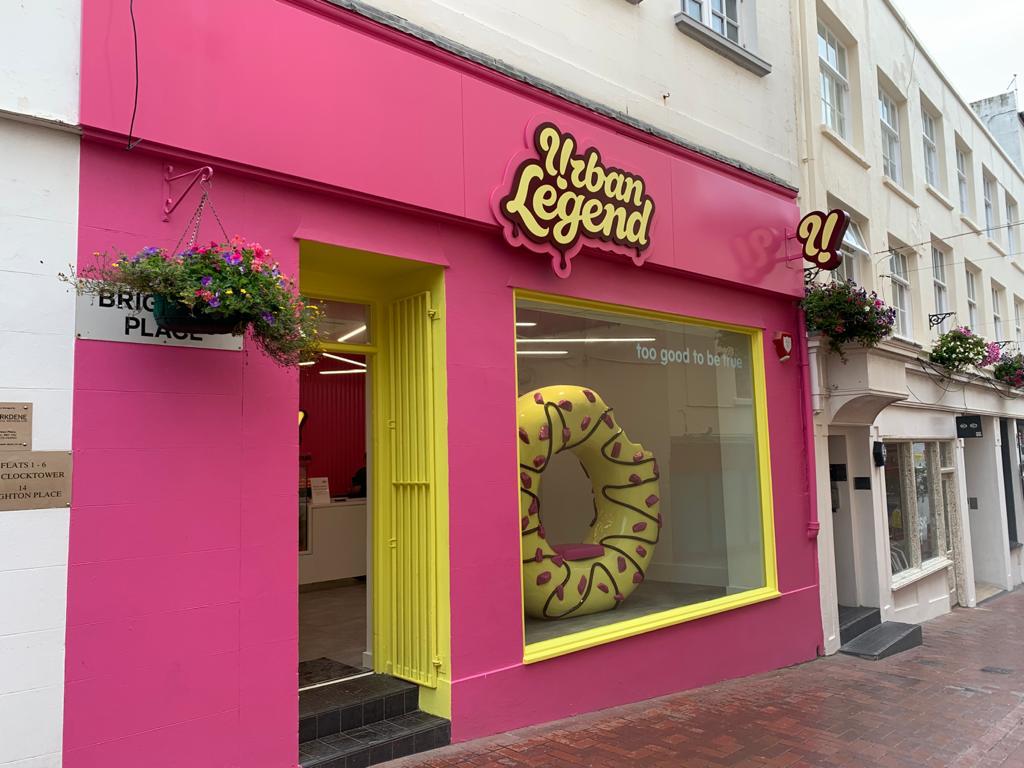 The Man, The Myth, The Urban Legend: Brighton’s unbelievable donuts

Brighton’s beloved Hanningtons Lanes welcomes a delicious addition to its centre of eateries with new “too good to be true” donut shop Urban Legend (@urban_legend_uk).

I, a student severely lacking in responsibility and in abundance of indulgence, took to this “responsible indulgence” with expectations set for donuts that didn’t quite hit that sweet spot. I know you must be on the edge of your seat waiting for my incredibly valued two cents on these ringed beauties (and I’m on the edge of my overdraft trying not to spend it on them) but first, an explanation to what makes these treats so unbelievable.

Promising the sweet doughy splendour of your usual donut, founder and CEO Anthony Fletcher (former CEO of snack company Graze) has used cutting edge food science to produce flavours at least 30% less calorific. The donuts have been steam baked to cut fat and contain sugar alternatives found in roots, pears, leaves and melons to reduce the sugar intake to 10g a donut. With all 9 donuts containing less than 200 calories, that heavy “uh oh” feeling of eating half of your calorie intake in one sitting becomes a distant memory.

So there sat I in the BN1 office with the Urban Legend box before me, hesitant to take a bite in fear of sensory disappointment – a fear that was short lived. 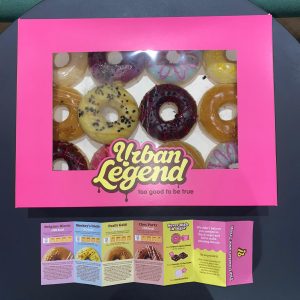 THE DONUTS (and their somewhat abstract names)

A Year Later: The Impact of COVID-19 on Restaurant and Hospitality Industry

Taking top place on my tastebuds is the banoffee donut “Monkey’s Uncle”, partially due to the naming and hugely due to the flavour. The gravitational pull between my hand and “Monkey’s Uncle” came as no surprise to me as I am a die hard banoffee fan and have been known to my friends to finish a whole homemade banoffee pie in one sitting. Luckily, this donut did not give me the same sickly bloated feeling as the pie- in fact, a trait I noticed in all 9 donuts was the lightness and ease of digestion in both icing and dough. In my opinion, moreso my stomachs opinion, the thinner consistency of the icing in comparison to market leaders is an advantage – thick icing has caused plenty visitations to Queasy Town in my 19 years of eating.

Perhaps a danger in my donut haze, my least favourite of the 9 was the other yellow donut, Sunny Jim. No disrespect to Jim, I would still gladly take the lemony confection if offered, but when put alongside competitors like the classic “Glazy Days” or the Speculoos flavoured “Belgian Biccie”, it just didn’t stand out to me. However, if you’re a fan of citrus (or if any of the other donuts are calling your name) then by all means snap one up in store at 15 Brighton Place for £1.95 or at the Urban Legend pop-up donut stand on Ship Street between 19-22 August.