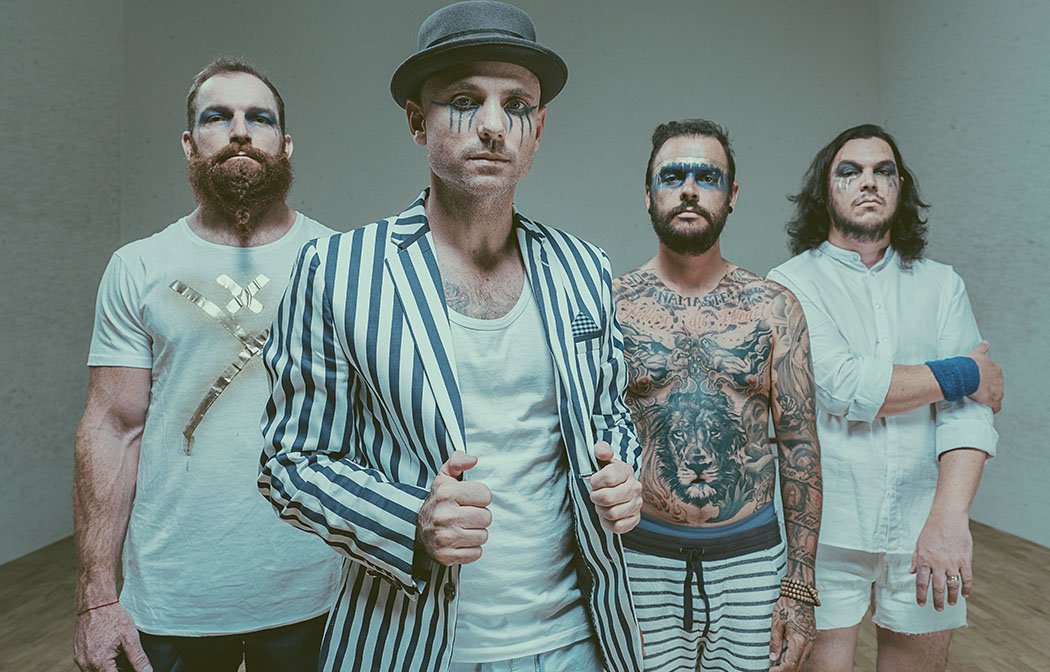 BN1 chats to… The Parlotones

YOUR LAST ALBUM ANTIQUES AND ARTEFACTS WAS RELEASED THREE YEARS ABOUT, WHAT HAVE YOU BEEN UP TO SINCE THEN?

We toured extensively in South Africa, as well as Europe promoting the album. During this time we also focused on other projects (Kahn was part of The Voice South Africa) as well as planning our next album that happened to coincide with our 20 year anniversary as a band. We had a lot of time to focus on writing songs and collaborating as a collective on the album which was refreshing for us as a band to do.

HOW DO YOU FEEL ABOUT RETURNING TO THE UK?

We are very excited to be coming back to the UK, we have had many successful tours there over the years, but we also have a deep love for British music; from the Beatles to Radiohead, Muse and Blur and everything in between which is great as we feel our music resonates with music lovers across the UK. We also look forward to the midnight cheesy gravy chips and doner kebab shops too ;).

HOW DOES PERFORMING IN EUROPE COMPARE TO PLAYING AROUND THE WORLD?

As I mention in one of our songs ‘Suitcase for a Home’ – “the bars are all the same, only the accents change”, but there’s a special place in our hearts for Europe – we feel the people connect with us and our music, despite us being from another part of the world. 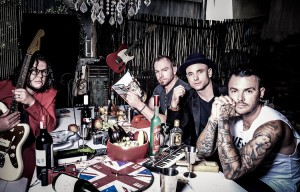 YOU’VE BEEN INVOLVED IN A NUMBER OF GIGS FOR WORTHY CAUSES, SUCH AS EARTH HOUR AND LIVE EARTH. WHY DO YOU THINK IT’S IMPORTANT FOR MUSICIANS TO USE THEIR INFLUENCE TO GIVE POLITICAL AND ENVIRONMENTAL CAUSES MORE VISIBILITY?

There’s a fine line to thread when it comes to musicians and politics, however when it comes to environmental and humanitarian causes, we feel they are worth lending a voice to as any other person passionate about would do. We have a small platform that enables us to speak on many others behalf and if we believe in it we will speak about it as anybody else would.

SIR DAVID ATTENBOROUGH IS A RENOWNED NATURALIST AND A NATIONAL TREASURE IN THE UK. HIS DOCUMENTARY BLUE PLANET II EXPLORED THE ISSUE OF POLLUTION AND PLASTIC IN THE WORLDS OCEANS, WHICH SPARKED A NATIONAL MOVEMENT TO REDUCE THE AMOUNT OF PLASTIC WASTE. HAVE YOU WATCHED THE DOCUMENTARY AND WHAT ARE YOUR THOUGHTS ON REDUCING THE AMOUNT OF PLASTIC IN THE OCEANS?

I think when somebody like David Attenborough speaks then we all should listen. He has dedicated his life to sharing what many would never get to see in their lifetime and the Blue Planet II highlights exactly what we as human beings are capable of doing to the planet. We’re all for less plastic and consciously try avoid it where possible – we would love to see the reduction of the amount of plastic globally apply – from manufacturer right down to consumer.

ARE THERE ANY OTHER CAUSES OR EVENTS YOU FEEL PARTICULARLY PASSIONATE ABOUT THAT YOU’D LIKE TO GET INVOLVED WITH IN THE FUTURE?

Well firstly, we would really love for Glastonbury to come to South Africa 🙂 – but in all seriousness, as parents, we feel strongly for any cause that helps or protects children.

HOW WOULD YOU SAY YOUR SOUND HAS EVOLVED OVER THE YEARS?

We’re still essentially a guitar-driven band with British influences. We’ve explored and introduced electronic and synth elements in recent times but the core ‘Parlotones sound’ is always there.

FINALLY, WHAT CAN WE EXPECT FROM YOUR 20TH ANNIVERSARY EUROPEAN TOUR?

The concert will be a bit of a journey so to speak. We’ll be performing tracks off all the previous albums over the years, but also adding songs from the new album CHINA that we are really excited to share with everyone. The Parlotones are making a rare live appearance at Patterns in Brighton on Sat 17 Nov.