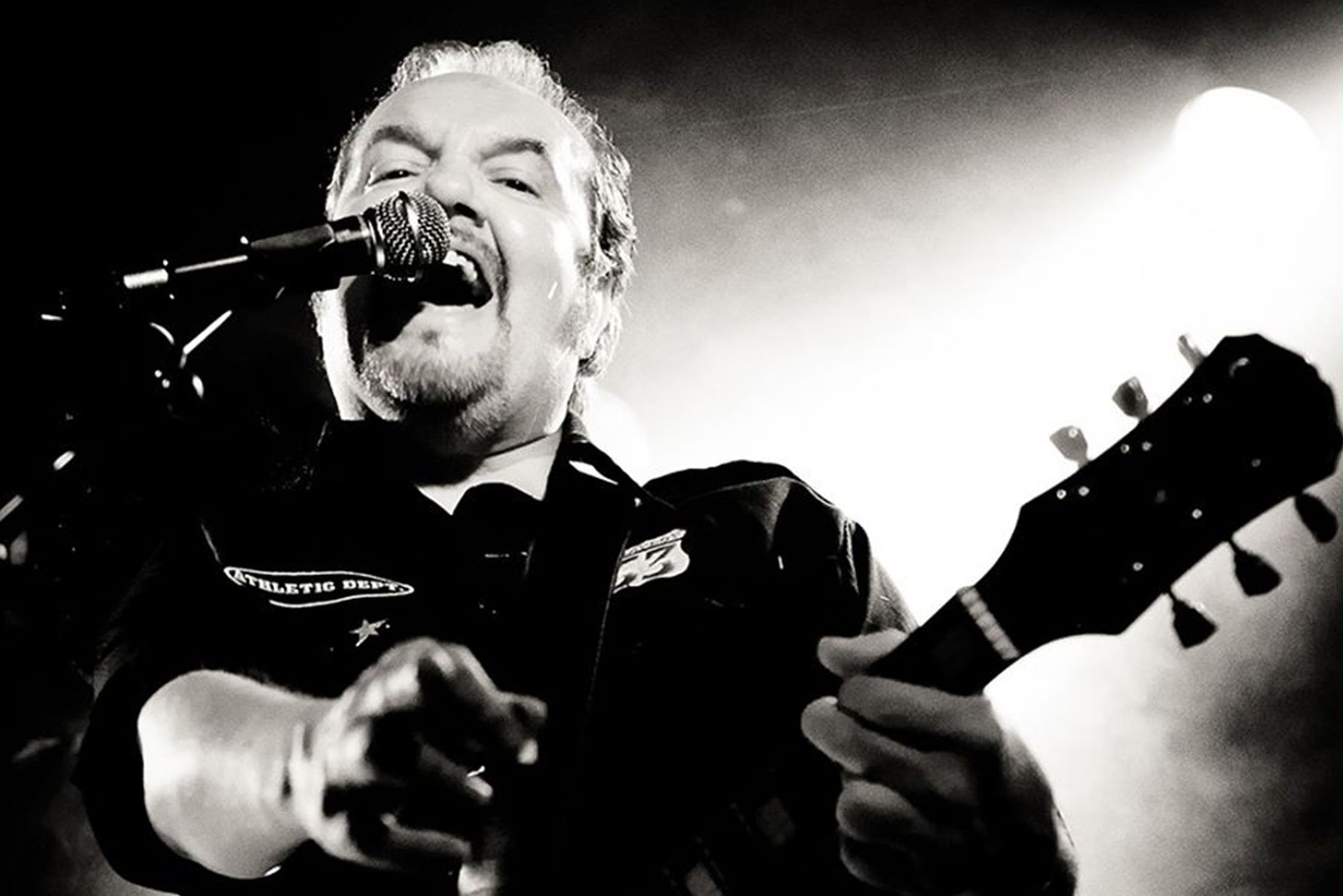 He bounced back with a series of bands – Wah! Heat, Wah! and The Mighty Wah! – and had a string of hits includes – The Story Of The Blues (SINGLE OF THE YEAR – John Peel), Come Back, Sinful, 7 Minutes to Midnight and Heart As Big As Liverpool (an anthem forever linked with the Hillsborough Justice Campaign).

Wylie has written scores for Hurricane Films, Alex Cox and Radio 4. Staggeringly articulate, funny and wise, his TV and radio appearances include The Culture Show, BBC 4’s Pop On Trial, and any number of BBC Radio documentaries. This year ‘Pete Sounds’ was released his first album in 17 years.

The Mighty Wah! presents The Pete Wylie Show, Music, Tales, Multimedia, All The Hits, at Worthing’s The Factory Live on Sat 29 Feb 2020

The Factory Live is at Unit 9A Ivy Arch Rd, Worthing BN14 8BX.