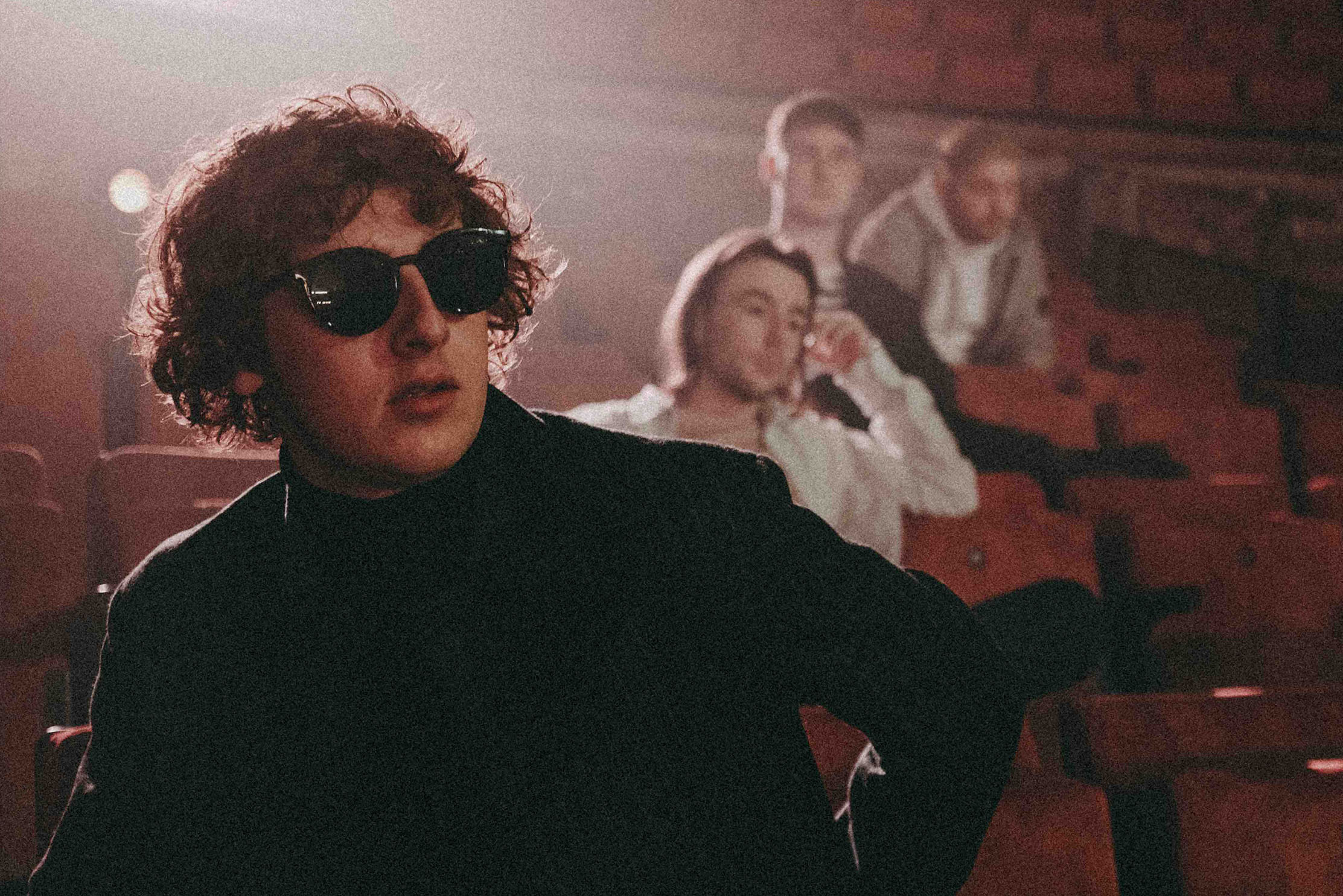 Ahead of their highly anticipated debut, W.L. coming out on Fri 19 March, BN1 talks to raucous rockers The Snuts
Stuart Rolt·5 min read

After a ferocious start to 2020, which saw the band land a top 15 album chart position with their debut Mixtape EP, The Snuts are preparing for the release of their raucous, hook-laden debut album, W.L.

Hitting our ears on Fri 19 March, this Tony Hoffer-produced collection encapsulates the band’s journey from four working class kids growing up with a dream in Whitburn, to becoming one of the UK’s most exciting and vital bands. The album opens with the poignant Top Deck, winding through a voyage of genres including the raw, rousing, hip-hop driven Elephants, heart-wrenchingly honest Boardwalk, the undeniable pop banger Somebody Loves You, the hauntingly heartfelt anthem Always and the main stage festival ready hymn, All Your Friends.

The band have also announced a huge UK tour for May/June 2021, including a date at Brighton’s Concorde 2 on Tues 18 May and sold-out dream shows at Glasgow’s Barrowlands in June.

With an exciting year ahead of the band, we spoke to bassist Callum ‘29’ Wilson about the hassle of being a breakthrough band in the age of Covid and the evolution of guitar music.

Are you itching to get back on the road again? It must be frustrating to be such a celebrated live prospect, but having to wait to tour your debut album…

Yeah, it certainly is a tad frustrating now. Nearly a year without gigs is enough to make you forget that sticky beer smell when you first walk into a venue. We grew accustomed to spending so much of our lives on the road, it feels almost alien to be away from the stage for so long. We’re not ones to be complacent though, and have a set ready to go as soon as the restrictions are lifted.

Do you think W.L. sees an expansion of your sound? Has your success made you more ambitious with what can be achieved in the studio?

W.L. is a complete catalogue of sounds that inspired us from our youth to contemporary noises. From bread & butter guitar sounds to wilder synths pads and vocal pitch shifters. We’ve been lucky enough to be sat in studios with world renowned producers – so it’s been a quick learning curve. I kinda see the album as two halves of one story: the first half was strictly capturing sounds and vibes with Inflo and the second was refining them almost clinically with Tony Hoffer on the majority of the record & to a lesser extent Rich Costey, for a couple tracks. Three very different experiences that kinda shaped the sounds you’ll hear on the record.

Did you ever think you’d be playing somewhere as iconic as Barrowlands so early in your career?

Barrowlands Ballroom is one of those venues that we’ve been in so many times as music fans, it is actually quite surreal to be playing it. Gigs in those kinda venues shaped our appetite for live music growing up and we always said we’d save Barrowlands for our debut record. We’re the first band to have sold out three nights there before releasing a debut record…so that kinda speaks for itself. 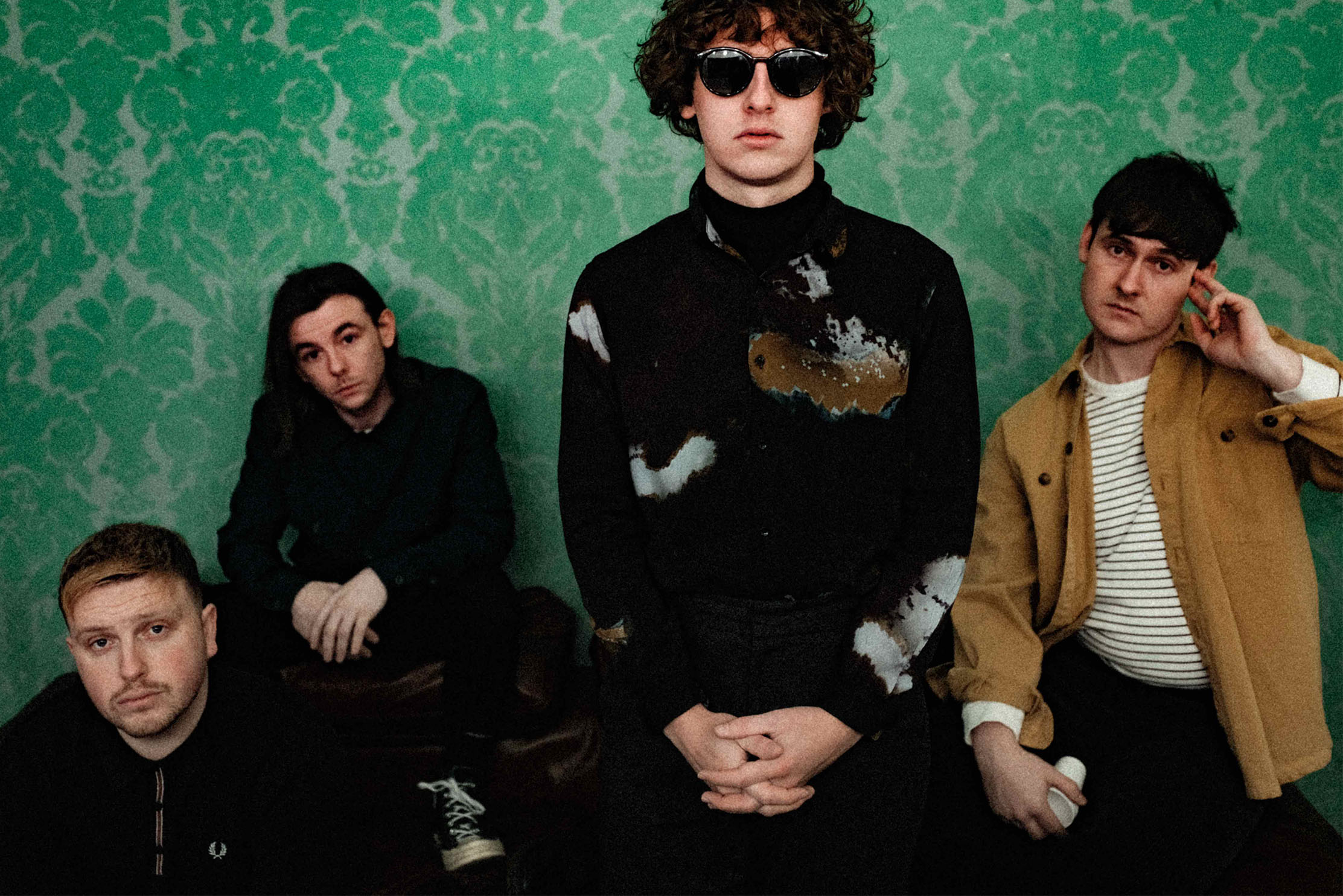 Has the experience of playing live to increasingly large audiences informed your songwriting? Is potential fan reaction playing a part in composition?

That’s probably the thing we’ve noticed most about writing music in lockdown. Whereas before, we’d pen a new track and be playing it by the end of the week to fans which kinda gave us an idea of what worked and what didn’t. Now we’re left at sea making all those decisions ourselves in the midst of a lockdown. That being said, we wrote and recorded Somebody Loves You in lockdown and the support we’ve received around that release has been incredible.

Are you all as energetic when not making music?

Music is a great way to channel energy, so we try and maintain a vibe even when we’re rehearsing. If one person in the room isn’t feeling it, everyone isn’t feeling it. So, we try and cultivate the good vibes in rehearsals and studio time. I try and exercise every day but it’s not the same as giving it your all on a stage. 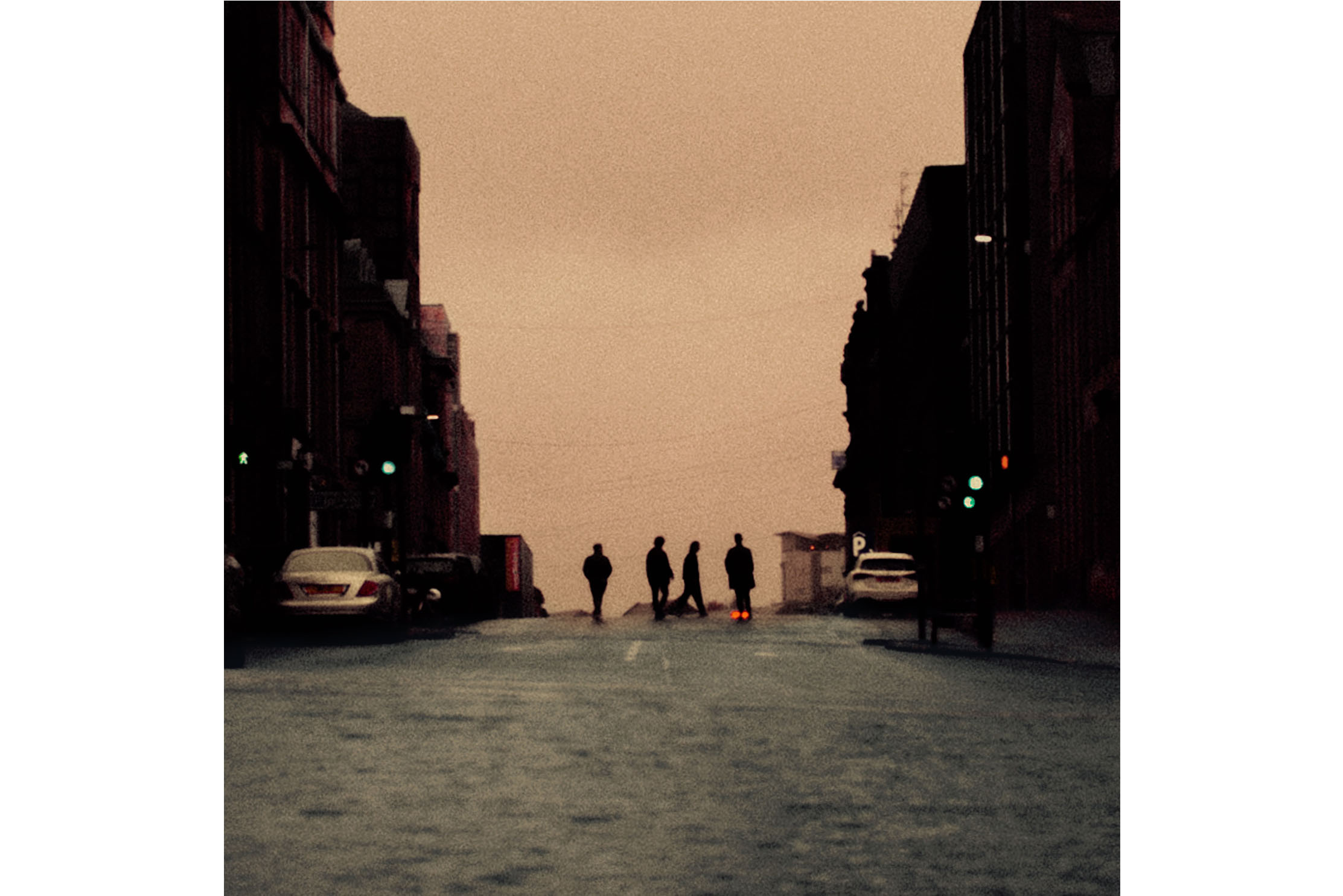 How has lockdown been affecting you? Has it enabled a sharper focus on songwriting? I always picture you living together like The Monkees in some mad loft apartment somewhere…

I don’t know how long we’d survive if we all stayed in one apartment. We’re just taking it one day at a time, and trying to stay active. Everything has turned very digital so we’re trying to maintain an online presence as much as we can. That being said, there’s always highs and lows, we work on something new every week and just try and keep a sense of momentum.

Do you think rock music is in danger of becoming more conservative and entrenched? Is it the bands who can shift between genres which will push it forward?

We’re at a stage in time where everyone knows what guitars, a drum beat and a bass line sound like. Rock and indie rock in particular is almost a genre that strangles itself. Fans can be really precious on what’s ‘real’ and what isn’t. Ultimately times change and it can’t be the 90s forever; life is about progression and pushing boundaries. Real art should make you question whether you like it or not. By all means, appreciate the greats and like what you like, but don’t be afraid of something just because it’s new. Everyone is a critic on social media, and it’s a shame if an artist doesn’t release the exact music YOU want, but it bodes the question: if your favourite artist isn’t releasing what you wanna hear…why not pick up a guitar and make the music yourself?

Have you learned anything about yourselves since the band broke through? Success can bring big changes in pressures, perspectives and expectations…

There’s definitely been a shift in ourselves. We have certainly learned that no matter how hard you worked, you can’t predict tomorrow. There’s nothing like a global pandemic to derail the success story in your head. Life is a compromise, comprising what you want & how you get it, and goals are ever changing. But ultimately as long as we stay true to our music and artistic output on a creative level, the rest will fall into place.

Is there a developing West Lothian scene? It seems like there’s a number of great artists coming out of the area, are bands like The Snuts helping shine a light on it?

There’s certainly been a rise of talent from the central belt in the past few years. The Capaldi train has well and truly been steam rolling through the charts. He is actually from East Whitburn and we’re from Whitburn – so if it hadn’t been for him we’d have been the second biggest export from the Whitburn area since heroin in the 90s. There’s a tonne of new bands smashing the local scene at the minute – Mark Sharp & the Bicycle Thieves, Luke la Volpe, Dictator & Conor Fyfe to name a few. It’s an exciting time for emerging artists but we just have get them back in venues learning their craft. As long as venues are closed and no viable plan in place to reopen safely, their will be a lost generation of talent left to stagnate.

The Snuts release their debut album, W.L., on Fri 19 March 2021, via Parlophone Records

Tickets for The Snuts’ live shows are on sale HERE