The Treason Show brings Parodies Lost to The Warren Outdoors.

by Stuart Rolt
in COMEDY
0

With over 20 years of topical and satirical songs and sketches behind him and now a successful TV series, The Treason Show’s head honcho brings you a solo music-based show featuring songs about Brighton & Hove and what’s in the news.

Britain today is a place packed with division and bewilderment. So, it’s high time everyone got together for a bit of a laugh. Brighton’s smash hit satirical sensation, The Treason Show, is on a mission to wring mirth from the miserable and make the nonsensical hysterical. Created by award-winning artistic director Mark Brailsford, this topical comedy show is now entering a record-breaking 21st year. 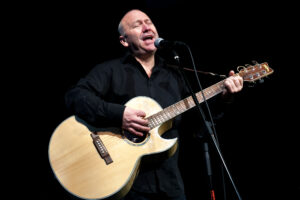 Unleashing comedy at its most risqué, Brailsford is going to have plenty to swing his comedy axe at this summer. Expect no mercy, as all the hypocrisy and ridiculousness of modern life gets pulled apart before your eyes.

The show ran initially for nine years at Brighton’s Komedia before moving on to Brighton Dome Pavilion Theatre and Brighton’s iconic Palace Pier. Written by a crack team of writers, The Treason Show continues to wow audiences with its fast-paced, slick and hilarious topical comedy show which has become a Brighton institution.

If ever we were in need of some festive light relief, it is now. And one source of humour...

Brighton Dome is delighted to open its doors to spread some Christmas joy this December, with a series of...

Brighton Fringe is delighted to announce the first events of their new Autumn Season, running from Thurs 1 –...